The World’s Most Expensive Weapon Just Got A Little Cheaper 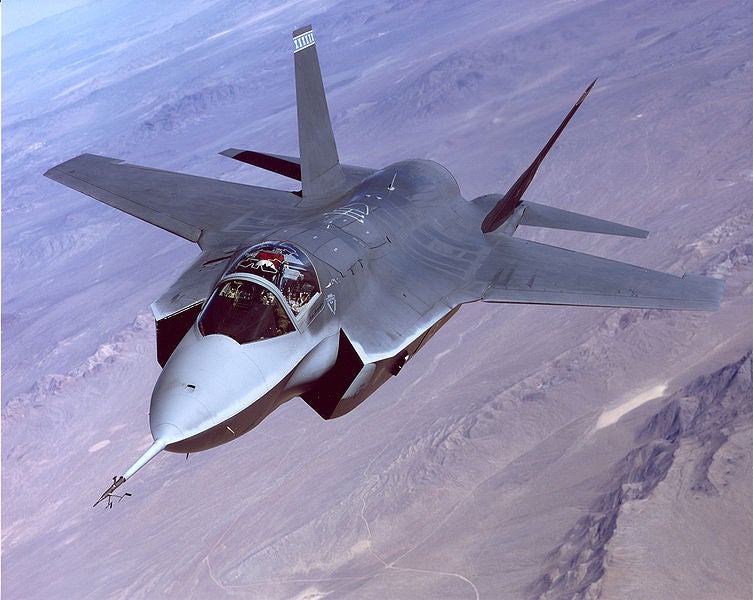 File this under something you don’t see every day. The total projected price for the Pentagon’s F-35 Joint Strike Fighter (JSF) program–the most expensive weapons development program in history–has dropped. Though its program history is riddled with cost and schedule overruns alongside unforeseen engineering and design issues, the total price tag for the JSF fell $4.5 billion in 2012, the first time in the program’s history that the projected cost has gone anywhere but up (and up and up).

The cost savings come from the Pentagon’s annual selected acquisitions report (SAR), which reviewed 78 DoD programs and found that to absolutely no one’s surprise the overall cost of Pentagon acquisition programs grew by nearly $40 billion (or 2.44 percent) on the whole last year. But it seems all the talk of federal belt-tightening might be having an impact on Pentagon culture. This was also the first time in a long time that no program in the SAR went 15 percent or more over its budget.

For a program with such a checkered past–it’s been considered for the budgetary chopping block more than once–the drop in overall cost is huge for the JSF program and an indicator that it may finally be moving toward initial operating capability. Often a program finds a way to spend the money it already has in its projections, so the downward revision in total price may amount to something the JSF program really needed: a public relations boost at a point when pricey government programs are not popular with anyone.