Soldiers scanning the battlefield for threats may soon get a new tool: a brain-scanning set of binoculars that can pick... 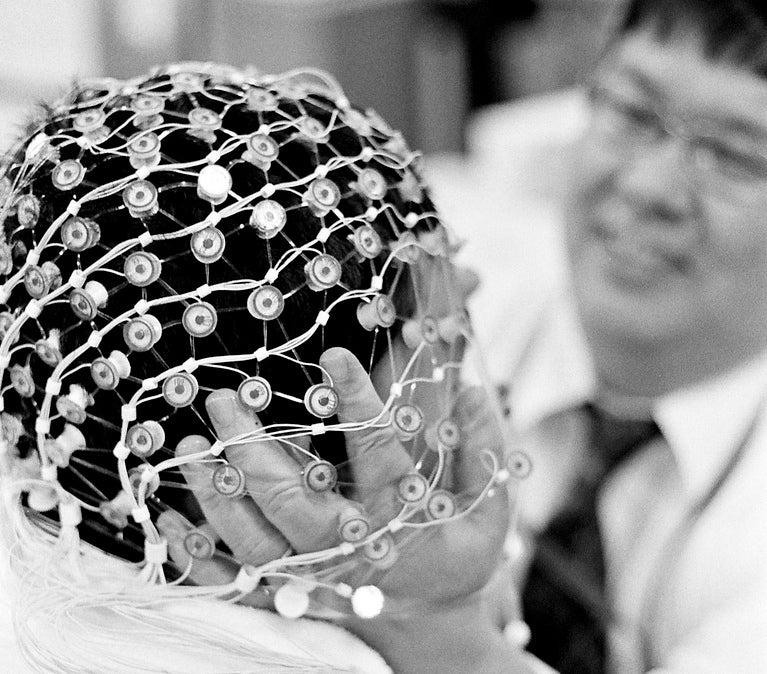 Soldiers scanning the battlefield for threats may soon get a new tool: a brain-scanning set of binoculars that can pick up on a soldier’s unconscious recognition of a potential threat and bring it to his conscious attention. It’s just one of many ways DARPA and other military research groups are looking to have soldiers mind-meld with their machines and materiel, and as the BBC reports, it demonstrates how remarkably close we are to deploying mind-control on the battlefield.

The specific binocular device that DARPA is developing is known as Sentinel (for System for Notification of Threats Inspired by Neurally Enabled Learning, because that’s not an unwieldy acronym or anything), and it basically uses the power of the human brain to scan and filter imagery in realtime, picking up on both what the soldier recognizes consciously and what his unconscious might perceive as well. Through electroencephalogram (EEG), the device can pick up on a brain signal known as P300 that signifies an unconscious recognition of something visual.

It can take the brain some time to become conscious of things it sees, and when seconds are critical–say, in the case of a convoy barreling toward a buried IED–the Sentinel recognizes the P300 signal imparted by the unconscious perception of that threat and alerts the soldier that he has just seen something significant, trimming the time between his seeing something and actually perceiving the threat.

This isn’t DARPA’s or the military establishment’s first foray into mind-control on the battlefield, but it’s one of the first to actually be working well in practice–in the lab at least. The device itself is still too big for the battlefield at 15 pounds (eventually Sentinel’s makers want to get it down to five pounds) and it requires the use of EEG sensors that need to be further developed so they can be taken on and off the head like a hat or helmet. But in simulations in both tropical and desert terrains, Sentinel helped spot 30 percent more simulated threats than the human brain could alone.

It’s the first step toward a militarized brain-machine interface, something that could augment all kinds of soldier systems in the future, from visual recognition systems like Sentinel to mind-controlled aerial or ground-based drones. As we’ve reported here previously, breaking down the barrier between the brain could also turn the soldiers themselves into more efficient machines, stimulating the brain to lengthen a soldier’s attention spans and sharpen his decision-making skills. Much more on this emerging technology over at BBC.