A Pollen Coating Could Help Identify Who Fired a Bullet

When a bullet is recovered at a crime scene, ballistic identification can help track the gun that fired it, but... 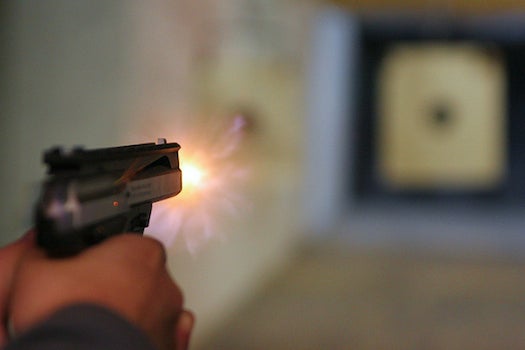 When a bullet is recovered at a crime scene, ballistic identification can help track the gun that fired it, but identifying the person who fired the gun is a lot harder. Now scientists have found an unlikely method to ID gunmen on the lam, using flower pollen.

Paul Sermon, a nanomaterials engineer at Brunel University in London, along with a team of researchers, starts the process by dipping the cartridge in a solution of aluminum oxide and urea. Ridges form, and these nab skin cells from the person who loaded the gun. When tested on a 9mm Browning pistol, researchers turned up 53 percent more viable DNA than traditional bullets.

The pollen comes in the second step, when pollen grains from the Easter lily, Lilium longiflorum, are coated in titanium dioxide and dropped in liquid plastic. The bottom of the bullet casing is coated with the stuff, and the combination forms a unique tag, marking the hands that loaded the gun.

If put into practice, it could give a forensics team a leg up on criminals, although the big retort might be: “I may have loaded it, but I didn’t fire.”