Video: DARPA’s AlphaDog Gets Up, Scrambles Over Rocks and Runs

We just can’t resist, so here’s one more video from the maker of the military’s robotic pack animals. Check out... 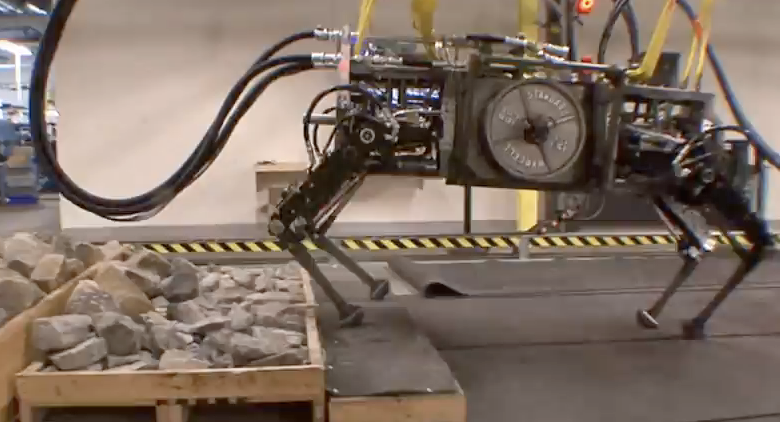 We just can’t resist, so here’s one more video from the maker of the military’s robotic pack animals. Check out Boston Dynamics’ new AlphaDog — which was previously nicknamed BullDog — in a newly released, DARPA-sanctioned video.

It runs along a guide rail, keeps its balance after two guys try to tip it over, and rights itself after lying on its side, not unlike your pet getting up from its nap.

As we heard earlier this week, AlphaDog is designed to carry 400 pounds, last 24 hours and carry enough fuel for a 20-mile trip. It is also significantly quieter than its predecessor, BigDog, which further solidifies AD’s position as leader of the pack.

This video shows a lab prototype undergoing early tests, according to Boston Dynamics. It’s being developed under DARPA’s Legged Squad Support System (LS3) project. DARPA and the Marines are expected to take this beast for a walk sometime in 2012.