The U.S. Navy gets around, and its technology has to be versatile, with the ability to deploy in all kinds... 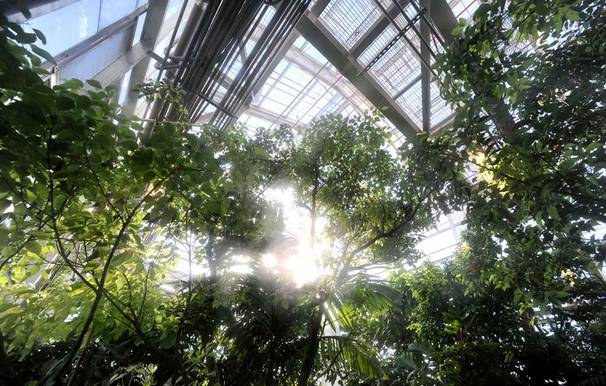 The U.S. Navy gets around, and its technology has to be versatile, with the ability to deploy in all kinds of terrains, climates, and ecosystems. So the Navy Research Laboratory has constructed what Innovation News Daily is describing as the real-life robotic equivalent of the arenas depicted in the sci-fi literary trilogy The Hunger Games: a configurable series of arenas resembling arid deserts, hostile jungle environments, and even oceans in which up to 50 battlefield robots, human soldiers, and other unmanned systems can test their mettle. May the odds be ever in their favor.

The NRL’s new Laboratory for Autonomous Systems Research (LASR) won’t host any battle royales, but its complex array of high-speed video cameras are designed to automatically swivel and pan to simultaneously track up to 50 drones, ground robots, or human soldiers, capturing all the action as it unfolds. That action will consist more of robots and troops working together than working at odds, but the concept is somewhat akin to The Games: dream up a very difficult environmental concept, place the subjects you wish to test inside that environment, and then sit back and see how they handle it.

Those environments range from coastal areas to windswept deserts to mountainous regions with sheer rock walls. A Southeast Asian rain forest will subject robots to 80-degree temperatures and 80 percent humidity while pounding them with up to six inches of rain. A shoreline analog contains a 6-foot deep pool with a wave generator. Overseers can manipulate the lighting, weather, and other environmental factors to test their subjects however they see fit.

The director of autonomous systems research at NRL says the facility has the largest capture volume of any tracking system in existence, so robotics researchers won’t miss a second of the action as their autonomous systems and their human counterparts interact to complete missions. No word yet on when the games will get underway there, but the facility is officially open as of last Friday.