The future of military robotics isn’t all heavy metal and humanoid soldier-bots. If DARPA’s newest warbot implement is any indication,... 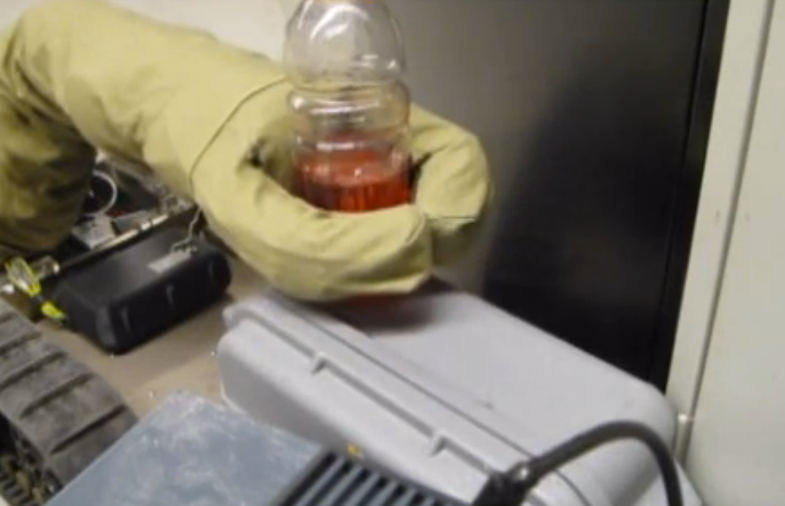 The future of military robotics isn’t all heavy metal and humanoid soldier-bots. If DARPA’s newest warbot implement is any indication, the future is soft, lightweight, and inflatable. The Pentagon’s blue-sky research wing is about to award $625,000 to iRobot to develop an inflatable robotic arm that can lift four times its own weight.

The Advanced Inflatable Robot, or AIR, is still very much a prototype and still very short of exactly what the DoD is looking for. But it’s a step towards what DARPA clearly sees as the future of battlefield robotics–lightweight, man-portable, soldier-deployable systems that can execute a mission (surveillance and reconnaissance, explosives ordnance disposal, etc.) safely while working beside human operators. Things like this squishy chameleon ‘bot we wrote about just last week.

The AIR arm you seen in the video below can only lift two or three pounds at present–not enough to make it militarily viable. But the arm itself only weighs a half-pound, giving it far greater strength-to-weight than the rigid, “gears-and-actuators” arms generally deployed on something like iRobot’s Packbot platform (these usually lift some fraction of their own weight). The arm below has also had its strength reduced for these initial tests. On operational arm could lift many times its own weight, and its air pressure would scale so that if it ran into an obstacle or a person, it would buckle rather than bash. That makes it safer to operate in chaotic environments with humans in the mix.