Who ever doubted an amazing meal could change your life? Researchers in Singapore have developed a robotic surgery device inspired... 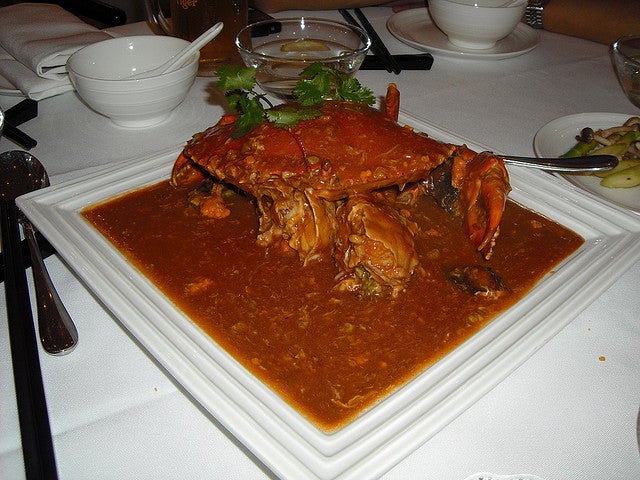 Who ever doubted an amazing meal could change your life? Researchers in Singapore have developed a robotic surgery device inspired by the country’s famous national dish, chili crab. The mini crab robot crawls down your throat and into the stomach, where its pincers grab onto a cancerous mass and a hook slices it away.

It could help patients with early-stage gastrointestinal cancer and is far less invasive than other surgical options — since it enters through your mouth, it leaves no visible scars.

Enterologist Lawrence Ho of Singapore’s National University Hospital co-designed the robot and said it has already been used to remove early-stage stomach cancers in five patients in India and Hong Kong, according to Reuters. Other existing methods to excise these types of cancers require cutting a patient open, either through a large-scale invasive surgery or a keyhole surgery, in which smaller incisions can still enable surgical access. But those methods are both quite painful and invasive.

Instead, this device enters through a patient’s mouth and is attached to an endoscope, through which a surgeon can watch and control the robot’s actions. A hook attached to the crab bot is used to remove the cancerous tissue, and it also coagulates the blood to stop internal bleeding.

Ho and Louis Phee, associate professor at Singapore’s Nanyang Technological Institute, decided to build the robot after a 2004 chili crab dinner with a well-known Hong Kong surgeon named Sydney Chung. Chung apparently suggested the crab as a prototype. “The crab can pick up sand and its pincers are very strong,” Ho noted.

The team formed a company in October and hopes to commercialize the crab bot within three years, Reuters reported.