Will Doctors Ever Cure Migraines?

My first migraine arrived in a fuzzy cloud of reds and purples, a stab of pain that left me bent... 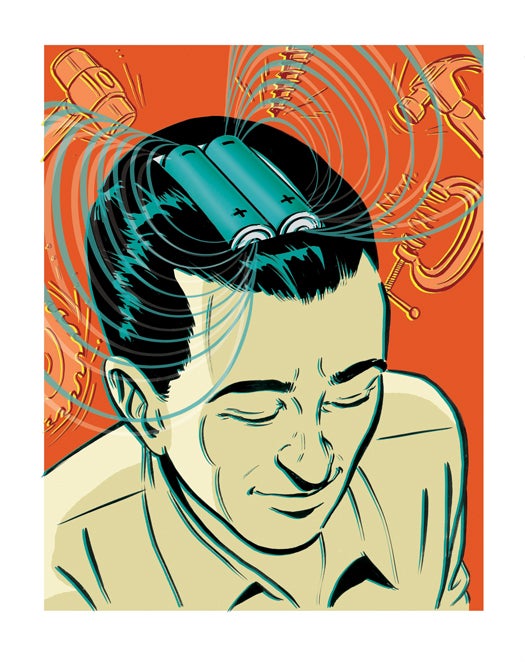 My first migraine arrived in a fuzzy cloud of reds and purples, a stab of pain that left me bent over in the back of an auto-rickshaw, squinting and nauseous, on my morning commute to Connaught Place, in New Delhi. Months later, when I left India, I thought that the headaches would disappear along with the chaos of the overcrowded capital. They didn’t. And finally, after months spent stumbling into my room, drawing the curtains, and lying in the darkness for hours wishing for sleep, I went to an internist, who prescribed a brain scan. When he found nothing, he told me what I already suspected: migraines. I asked him the cause, but all he could say was, “Stress, probably, which can mean any number of things.”

It was an unsatisfying answer, but accurate—36 million Americans suffer from migraines, and no one knows why. In the seven years since my diagnosis, neurologists have come closer to understanding how migraines work. Last summer at a conference, David Dodick, a neurologist at the Mayo Clinic in Arizona and the president of the American Headache Society, explained that the thalamus, the region of the brain responsible for sensory information and sleep cycles, was “acting as a sort of railway station to transmit migraine pain to pain receptors throughout the brain.” Scientists have also developed a treatment for migraines in which a tiny subcutaneous battery is wired to the patient’s spine to deliver small pulses of electricity to the thalamus. The method, which falls under a broad range of treatments called neurostimulation, seems to derail the thalamus’s pain transmissions during a migraine.

Despite this progress, the gulf between treating migraines and curing them is still broad. Neurologists in Belgium, Italy, Germany and Chicago have confirmed that neurostim prevents pain, but just why it works is a mystery. As a team at the University Medical Center Hamburg–Eppendorf wrote, “underlying neuronal mechanisms are . . . still unknown.” Even with treatments in hand, scientists appear trapped in a Zeno’s paradox of research: The closer they come to discovering the cause of migraines, the more baffling the brain gets. They’ve found the railway station but don’t yet understand its switches.

To better comprehend why scientists seem further than ever from finding the cause of migraines, I called James Fallon, a neuroscientist at the University of California at Irvine. Fallon teaches deep-brain stimulation, a method of treatment that’s similar to neurostim. After nearly four decades studying the mysteries of the brain, he said he has come to realize that we may never have all the answers. Everyone’s brain is different, he said, so a cure would have to be as unique as my migraines are to me. The aura I saw that day in India—a fuzzy cloud of reds and purples—had everything to do with my brain at that precise moment in time. I’ve never seen a vision like it since. Our brains are as singular as we are, so it’s no surprise that the cure to their ailments may be beyond our ken.