After years of development and military funding setbacks, defense contractor Lockheed Martin is finally ready to debut its maple seed-inspired... 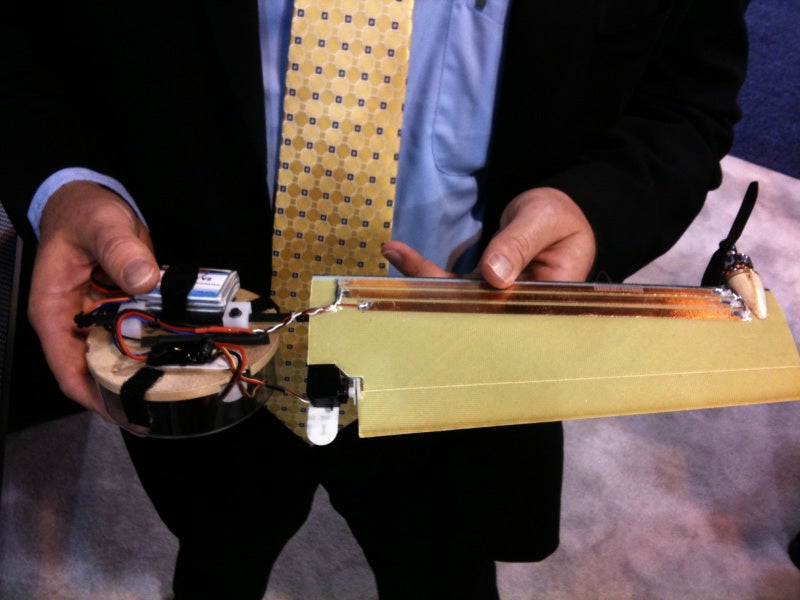 A Lockheed Martin engineer holds the latest prototype of the SAMARAI monocopter drone, a unique vertical take off and landing (VTOL) configuration whose one wing whirls around a central hub like maple tree spinners. Eric Hagerman
SHARE

After years of development and military funding setbacks, defense contractor Lockheed Martin is finally ready to debut its maple seed-inspired drone. The one-winged, one-foot-long SAMARAI drone just flew a test flight for the Associated Press ahead of its official unveiling at an unmanned vehicle conference next week.

The asymmetric UAV is modeled after maple seeds, called samara, that fly off trees and twirl through the air with the utmost efficiency. Originally, the SAMARAI was envisioned as a seed-sized drone that could deliver a 2-gram payload and send back streaming video, but that has since changed to a much bigger, whining drone.

The current model has just two moving parts, allowing it to fly with a cyclic lift motion like that of a helicopter. It does have a camera on board, and it can be operated via remote control or a tablet computer, the AP says. Check out a video of it below.

The Samarai is just one of a suite of new unmanned vehicles that will be on display next week in Washington, D.C., at the convention of the Association for Unmanned Vehicle Systems International. PopSci will be reporting from this year’s convention, so check back regularly starting Aug. 16 for updates on the latest in unmanned vehicles, from the ground to the air.