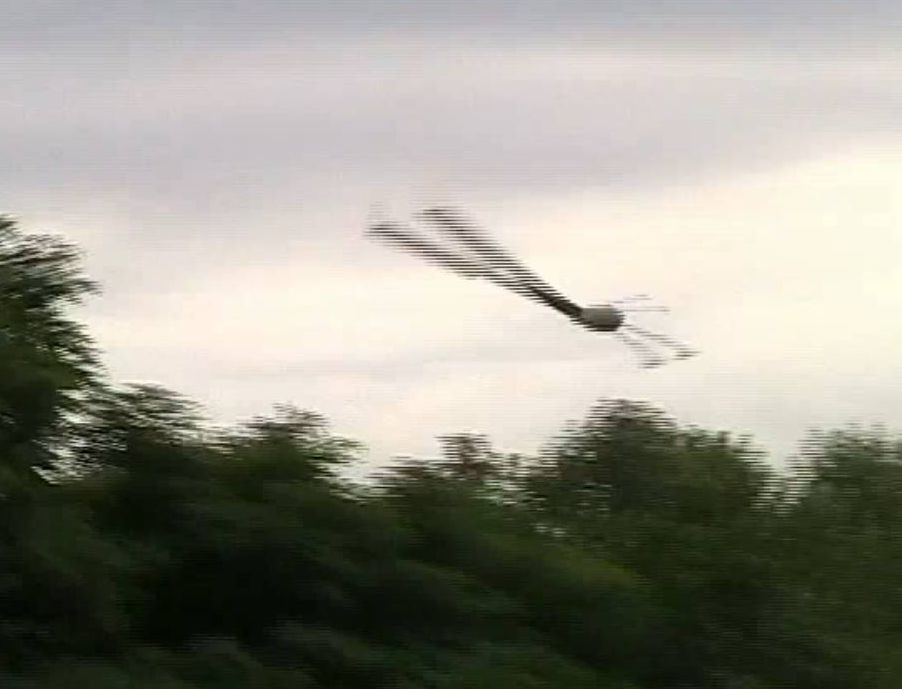 Drones have become big business for today’s military, whether they come in the form of Hellfire-spitting Reapers and Predators or large airships that can hover over battlefields. Then, there’s this small monocopter that flies like a maple seed pod.

The SAMARAI system from Lockheed Martin takes its name from the samara seedlings that fly off of trees. Original plans called for a seed pod-sized drone that could somehow send back stable streaming video and deliver a 2-gram payload. Funding for the system supposedly dropped out after a phase 1 DARPA contract, but now here’s this recent video of a larger test prototype with a 30-inch wing span.