The Recession’s Toll on the Green Economy

Home energy-monitoring systems have wilted, green job growth is lackluster, and we're left to worry about the state of green tech 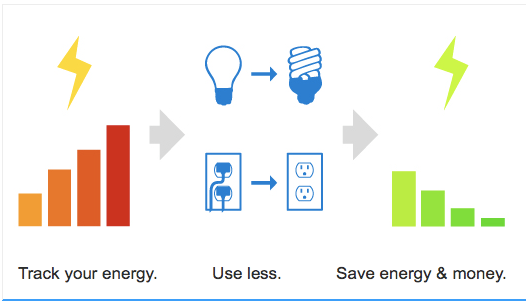 For all their promise to save money and energy use, household energy management systems apparently can’t catch on. Do consumers just not want to know how much power their electronics guzzle on a daily basis?

Cisco Systems is the latest tech giant to abandon its foray into home energy management systems, on the heels of announcements earlier this summer by Microsoft and Google. Cisco’s networking prowess was supposed to help connect the various software systems used to control heating, cooling, ventilation and other environmental factors in a home or building, but the company is moving away from that project, according to Adam Aston over at GreenBiz.

The news emerged in an investor call last week, GreenBiz reports. Cisco’s own words on the subject require some kind of MBA jargon translator, but the gist is that Cisco is moving away from household energy-monitoring products, and will maintain a mere toehold in the industrial product market.

Previously, Google announced it was retiring its PowerMeter service in September, and Microsoft announced its Hohm project will transition away from households to commercial buildings. Both programs are web-based tools that let individuals monitor their home’s energy consumption, analyzing usage and recommending changes that could save energy. But consumers have been indifferent — in each case, weak consumer demand drove the tech firms’ decisions.

A reviewer at GreenTech Media who attempted to use these products suggests their own abilities may be to blame here. Maybe it’s not that consumers don’t care about energy efficiency, it’s that recommending an 18-cent-per-hour savings is just not that awesome.

Not everyone is getting out of the home-energy business — there are several other companies selling consumer energy monitoring systems, Panasonic, Intel, Apple and GE among them. But still, the departure of the above-mentioned giants is probably not a good sign. Perhaps it’s hard to convince people there’s some value in learning about the nitty-gritty details of their own power use. Or maybe it’s a symptom of something worse — that green trends suffer when a listless economy sends old-energy prices into a rollercoaster spiral.

This possibility is reflected in the less-than-impressive growth in the “green jobs” sector, which was supposed to lift America out of the recent recession. The New York Times’ Bay Citizen project surveyed the field and found some rather disappointing numbers in job growth, job training programs and even something as simple as weatherization projects.

Without consumer interest, corporations see little profit motive for going green, apparently even with government incentives. Many federal and state efforts, including several funding injections through the 2009 stimulus program, have “largely failed,” the Times says. Take, for example, California, which was awarded $186 million in federal stimulus money to weatherize drafty homes. Two years later, the state has spent about half that money and created the equivalent of just 538 full-time jobs in the last quarter.

I’m not sure I buy the argument that consumers don’t care about energy efficiency, but it’s clear companies see it that way. What can be done about this disconnect? Tell us what you think in the comments.