A floating crane prepares to raise from the depths a South Korean navy combat corvette that mysteriously split in two... 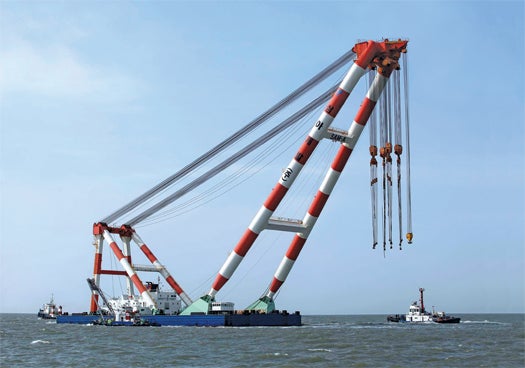 A floating crane prepares to raise from the depths a South Korean navy combat corvette that mysteriously split in two and sank on March 26. To allow military and civilian investigators from South Korea, the U.S., Australia, the U.K. and Sweden to examine the 1,322-ton ship, a tag team of cranes—one capable of lifting 2,200 tons, the other, 3,600—retrieved the two pieces from the ocean floor.

Pumps and valves regulated the amount of water in the cranes’ ballast tanks to keep the cranes stable during operation, while tugboats maneuvered the cranes into position and held them steady during the recovery. The investigators found a torpedo propeller among the scattered debris that led them to blame a North Korean submarine attack. 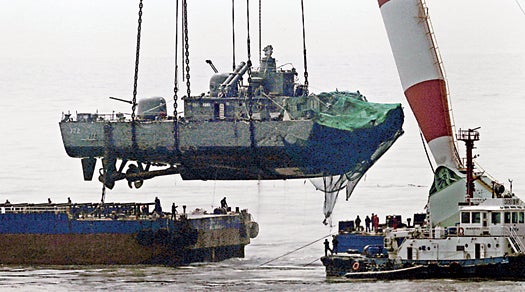 A 2,200-ton-capacity crane hoists the stern of a South Korean warship from the seafloor.
boats
cranes
Disasters
megapixels
oceans