The quickest way to slow the melting of Arctic sea ice is through reducing soot emissions, according to a new... 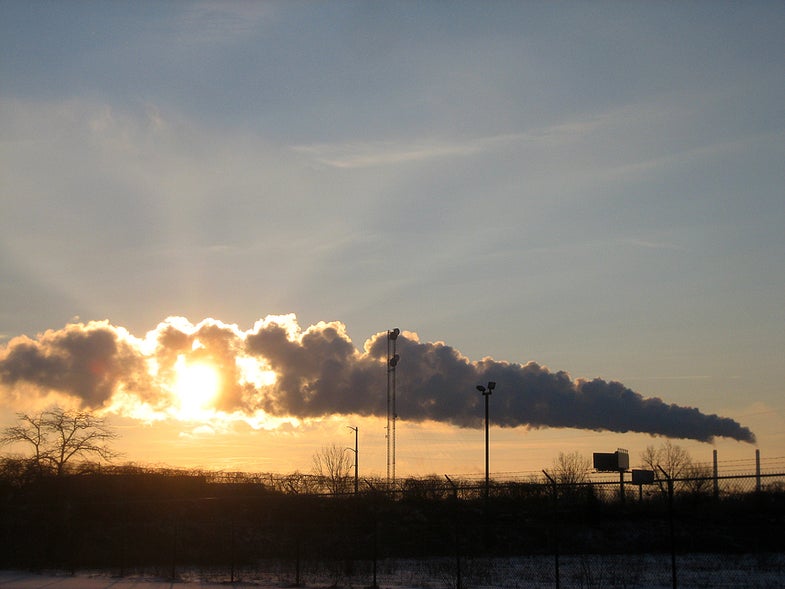 The quickest way to slow the melting of Arctic sea ice is through reducing soot emissions, according to a new study of soot’s climate effects. Eliminating soot entirely could undo nearly a century of global warming, the study says.

Stanford researcher Mark Z. Jacobson is the latest in a line of scientists to suggest reducing soot to slow global warming. He says it is second only to carbon dioxide in its ability to warm the climate — it’s even more powerful than methane, according to his models.

He found the combination of both types of soot is the second leading cause of global warming, and that if it disappeared tomorrow, the Earth would immediately start to cool off. Average global temperatures would drop within 15 years by about 1 degree Fahrenheit, he found.

Jacobson’s latest models, honed over 20 years, included the effects of black and brown soot particles that absorb solar radiation. He analyzed the impacts of soot from fossil fuels and from solid biofuels, including wood, dung and other solid biomass used in home heating and cooking in the developing world.

It wouldn’t be hard to reduce soot — particle traps on vehicles and industrial equipment would be a quick fix, Jacobson says. His work is published this week in the Journal of Geophysical Research (Atmospheres). Still, the debate is unsettled over soot’s global warming potential — a key metric for climate models.

In June, researchers from Princeton University published a study in PNAS that also assessed the climate effects of soot, and found that nations must take aggressive action to reduce it if they are to meet international climate policy goals.

But a different report in May by scientists at Georgia Tech, Caltech and Carnegie Mellon University found that soot can have both warming and cooling effects.

Soot consists of myriad particles, but its two main components are black carbon and organic carbon. Black carbon is dark and thus absorbs radiation, which warms the atmosphere and the Earth’s surface when it falls on snow. This is especially problematic in the Arctic. On the other hand, organic carbon is lighter and reflective, so it has a cooling effect. Both types of carbonaceous aerosols can affect cloud formation, and that can have a cooling effect, too.

Jacobson’s model is the first global model to use mathematical equations to describe the interactions of soot particles in cloud droplets. He says the net effect is that of warming.

The debate about soot’s climate role has raged since at least 2003, when a NASA simulation claimed soot was responsible for 25 percent of the past century’s observed warming.

Last year, a study in Nature Geoscience suggested that soot was to blame for almost half of a 3.4-degree Fahrenheit rise in average Arctic temperatures since 1890, Wired notes.

The debate is far from over. Earlier this month, the Environmental Protection Agency proposed new rules for soot-forming emissions from power plants, and the agency is embarking on its own soot study soon.