The Future of Green Architecture: A Live-In Power Plant

This concept skyscraper could generate enough energy to power 4,000 homes 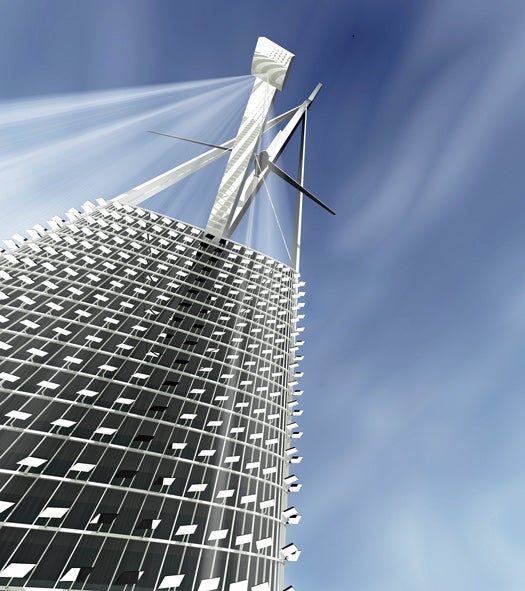 At first glance, the plans for the 10MW Tower have all the trappings of pre-crash Dubai: the improbable height, the flashy facade, the swagger of a newbie in a crowded skyline. On closer inspection, however, it’s an eco-machine. The A-shaped, 1,969-foot concept skyscraper is designed to turn out as much as 10 times the energy it needs, enough to power up to 4,000 nearby homes. 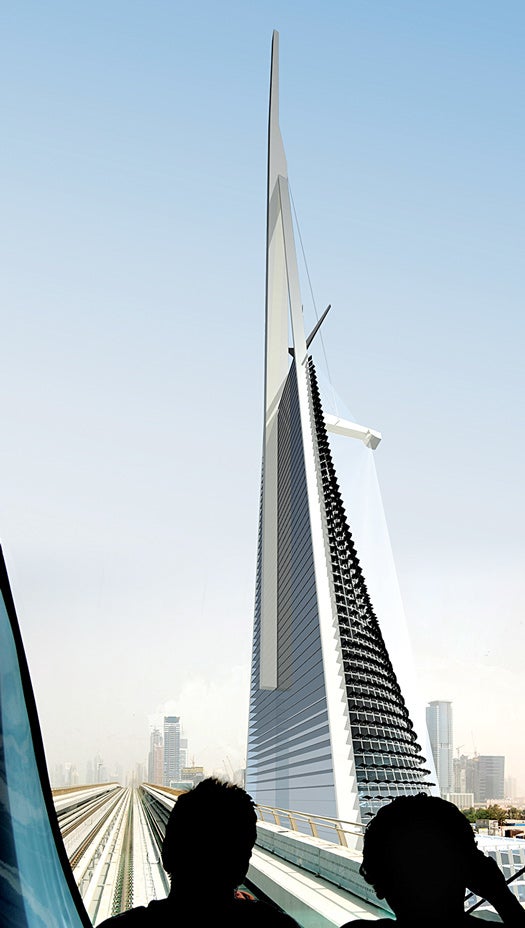 The facade directs light to a power-producing salt-cooker.

Three separate systems make it work. First, a five-megawatt wind turbine in the hollow of the “A” generates energy in the powerful and unpredictable desert gusts. Second, mirrors dot the slanted, south-facing facade, beaming light to a molten-salt-filled collector that hangs off the building like an ultra-tall street lamp. Cooked to 932ºF, the liquefied salt transfers heat to a convection loop that runs a three-megawatt steam turbine. Finally, a two-megawatt solar updraft tower produces additional energy in clear weather. Sunlight warms air in a two-foot-wide gap that runs the length of the southern face. The airflow from rising heat powers an internal wind turbine.

If it were built (at an estimated cost of $400 million), 10MW could pay off its energy debt in 20 years. Extra juice feeds the municipal grid, and other sources in the area would adjust for the tower’s output. The building could house offices or residences or both, says designer Robert Ferry, 35, who helms the Dubai architecture firm Studied Impact with his wife, Elizabeth Monoian. The pair became interested in energy-generating skyscrapers on moving to the United Arab Emirates, where there are superstructures in spades but few that are any greener than their brochures. With the 10MW Tower, they hope to someday create a power plant you can live in. It may sound fantastic, but, Ferry says, “it’s only a matter of time before something like this is built.” 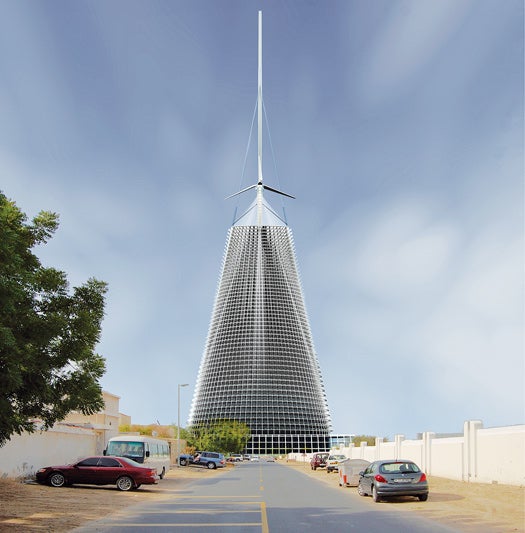