The use of drone aircraft for surveillance and bombing has transformed how the US wages war — a fact not... 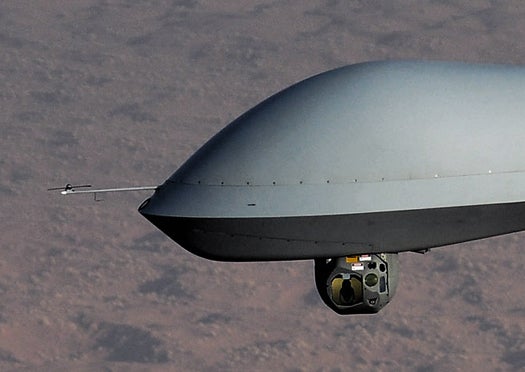 The use of drone aircraft for surveillance and bombing has transformed how the US wages war — a fact not lost on our cunning adversaries. Rather than just sit around, waiting for the next Predator missile strike, insurgents in Iraq have devised a way to intercept the video feed from drone sensors, giving them the same view as the drone’s operator. And they did it with a $26 piece of software.

According to The Wall Street Journal, Shiite militias in Iraq have used SkyGrabber, a piece of software developed in Russia for pirating satellite TV signals, to intercept the data feed from US drones. And while they haven’t been able to hack into the drone to take control, this development helps neutralize one of America’s key technological advantages.

The hacking takes advantage of the aging network that the drone feeds travel through. Created over a decade ago, the military data network uses drastically out of date encryption. Updating the encryption requires the production of entirely new hardware, and the military decided to forgo encryption upgrades to save money and production time, and to ease the sharing of information across military services and between US allies.

US intelligence became aware of the problem when agents found videos from Predator drones saved on captured insurgent laptops. According to senior officials who spoke to The Wall Street Journal, seized laptops contained what amounts to days of footage. To get an idea of what that footage looked like, you can watch our annotated video of a Predator drone missile strike.

The military claims that they are working to fix the problem, but that a great deal of insecurity remains. Additionally, new evidence indicates that the skills to compromise US drone feeds has migrated to Afghanistan, as well. The spread to Afghanistan may cause the US even more trouble than in Iraq, as the US uses drone in Afghanistan and Pakistan far more frequently than they do in Iraq.

And while The Wall Street Journal blames Iran for teaching the insurgents how to conduct this counter-intelligence operation, I have a hunch that the Iraqis were just trying to download a bootleg copy of Avatar, and simply snatched the wrong file. Torrents can be tricky like that.