The wide-field telescope is intended to create a catalog of interesting items for Spitzer, Hubble, and company to inspect more closely 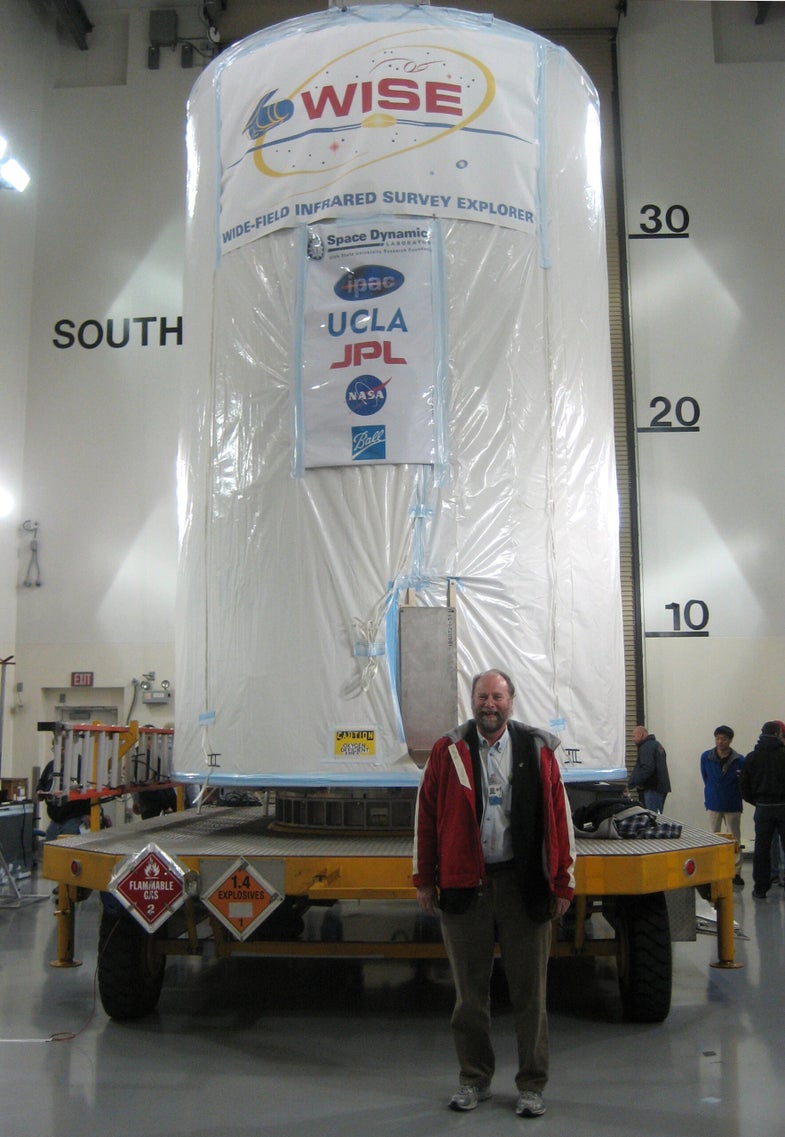 If the weather holds, NASA’s newest space telescope will lift off Friday morning from Vandenberg Air Force Base in California, on a mission to map the cosmos.

The Wide-Field Infrared Survey Explorer, or WISE, is unlikely to see the fanfare granted to the more famous orbiting observatories, especially Hubble, Spitzer and Chandra. But the small satellite is expressly designed to make each of them smarter. 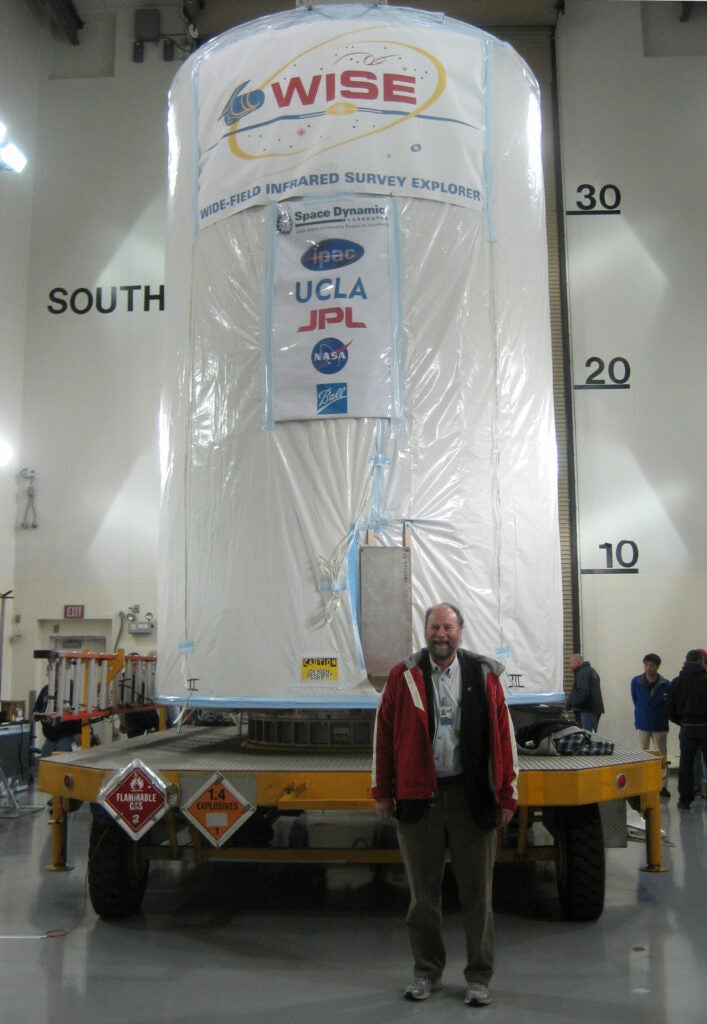 WISE will catalog hundreds of millions of the darkest objects in the universe, seeking them out through their warmth. It will take note of every object farther away from the Sun than Earth is, said Peter Eisenhardt, WISE project scientist at NASA’s Jet Propulsion Laboratory in Pasadena, Calif. That includes the closest brown dwarfs, small nearby asteroids and distant galaxies.

“We will find those things, but we won’t be able to tell you more details about them,” he said.

The other space telescopes will, however. When its mission is complete, WISE’s legacy will be like any explorer’s — paving the way for others to accomplish even more.

Like an atlas, or Google Maps, it will offer a broad picture and allow more powerful observatories to zoom in to the “street view” level.

“It’s like looking at the United States and picking the Grand Canyon on a map, but then you actually go there to do more detailed sightseeing,” said Jon Morse, Astrophysics Division director at NASA headquarters in Washington. “This will be our infrared data motherlode that astronomers will mine for years to come, looking for interesting objects in order to do detailed follow-up observations with other observatories.”

NASA’s “great observatories,” the Chandra x-ray telescope, the Spitzer infrared telescope and the Hubble telescope, are each uniquely suited to make discoveries in specific areas of the electromagnetic spectrum.

But put them together — as scientists did last month to show the most complete image yet of the Milky Way’s center — and you get something really powerful.

Morse said it’s an exciting time for space telescopes, and WISE will make them even stronger.

“Our access to space allows us to do these surveys and find out more about the cosmos across the electromagnetic spectrum,” he said. “These types of sky surveys help us put the puzzle together.”

WISE is scheduled to launch at dawn to help it reach its orbital destination, high above the dividing line between day and night on Earth. From that perch, the $320 million telescope will snap a picture every 11 seconds, taking about six months to map the entire sky. WISE scientists will review data every day, and plan to notify other space telescope teams if they come across something particularly interesting.

The telescope has a four-megapixel array, about four times the capability of the newest infrared instrument installed in the Hubble servicing mission earlier this year. By contrast, the first infrared sky survey, taken with the IRAS satellite in 1983, had a 62-pixel array, said Ned Wright, the project’s principal investigator at the University of California-Los Angeles.

Eisenhardt said the full extent of discoveries in WISE’s survey may not be known for years.

“By no stretch of the imagination will the WISE science team be finding out everything in the WISE survey. That’s why we are turning the data over to everybody else,” he said.