Replacing treatment plants that use too much power, and 19th-century networks of leaky pipes Our water infrastructure is older than our roads and power grid, with many pipes sitting in trenches dug by hand in the 1800s. In parts of the Northeast, up to 50 percent of our clean water leaks into the ground between the treatment center and the tap. Across the country, we lose an average of seven billion gallons of drinking water a day to leaks—and we have an 800,000-mile network of pipes that needs constant monitoring and repair. We also use far too much energy treating all our water, regardless of its end use, and piping it long distances. Besides fixing up the nation’s pipes, the future of water is cleaning only what we need.

Plants pull water into their roots by osmosis, using tiny channels called aquaporins, a method that doesn’t require any energy. Now a Danish company called Aquaporin is developing a membrane based on that same principle to extract pure H20 from saltwater at about a third of the cost and a tenth the energy of conventional reverse-osmosis systems. The membrane’s protein channels, each just a few nanometers across, allow a stream of water molecules—and only water molecules—to pass single file at a rate of one billion per second. No pumps are needed to force the water across the channels.

Yoram Cohen, a University of California at Los Angeles chemical engineer, has a solution for thirsty communities in states like California, which burns 20 percent of its power treating and pumping in water from far-off high-grade reservoirs: to spread out the task. His tanning-bed-size reverse-osmosis machines could be deployed up and down the coast, with each unit tapping into the ocean to provide neighborhoods with about 5,000 gallons of drinking water per day. The units carry software that can fine-tune filtering in response to local changes in water temperature, salinity, pH and silt, and can be remotely controlled from a central operations center. 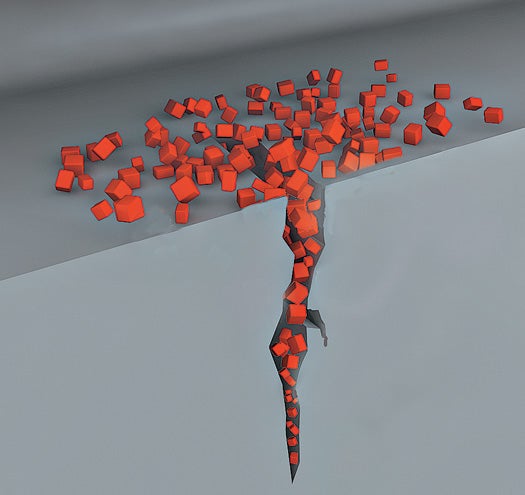 Task: Pump rubberlike blocks into our system to find
and automatically fix leaks
Status: Deployed in the U.K. in 2008

Scottish oil-and-gas company Brinker Technology has a no-dig system of pipe repair that mimics the way clots form at a cut. When a leak is detected, a service truck could drive to a nearby fire hydrant and pump in Platelets—squishy, rubberlike cubes and balls ranging in size from less than a millimeter to nearly two inches across, depending on the size of the leak. The Platelets travel in the pipe until the outflowing pressure pulls them toward to the crack. There, they bunch together to form a long-lasting clot. Utilities don’t even need to know exactly where the leak is located. Another way of fixing broken pipe without summoning the backhoes is to coat it with a new inner lining—already common today in sewage pipes, which are under less pressure because they rely on gravity to move their contents along. But Missouri-based Insituform Technologies’s new InsituMain liner can withstand the internal forces of pressurized pipe, allowing in-place repair of drinking-water mains. Instead of a full-length trench, two access points (up to 700 feet apart) are cut on either side of the broken pipe. Then workers insert at one end a flexible liner made from a felt-and-glass-fiber composite and soaked in thermosetting epoxy resin and pull it through the inner walls of the crumbling pipe. Exposing the liner to steam or hot water stiffens and seals it, leaving it flush with the inside of the pipe.

Bacteria are little geniuses at identifying molecules. They’re also prolific, cheap, and easy to manipulate, which makes them ideal workers. Using genetically modified, nonharmful strains of E. coli, chemist Sylvia Daunert of the University of Kentucky has designed a prototype biosensor system capable of detecting a variety of drinking-water toxins, including arsenic, anthrax, lead and PCBs. The bacteria are housed in the tip of a fiber-optic cable, which dangles in the drinking-water supply. When they detect a toxin, the bacteria glow; the light they produce is carried along the fiber to a monitoring station, where its intensity is measured to determine the precise concentration of toxic molecules (sensitive down to parts-per-billion scale). 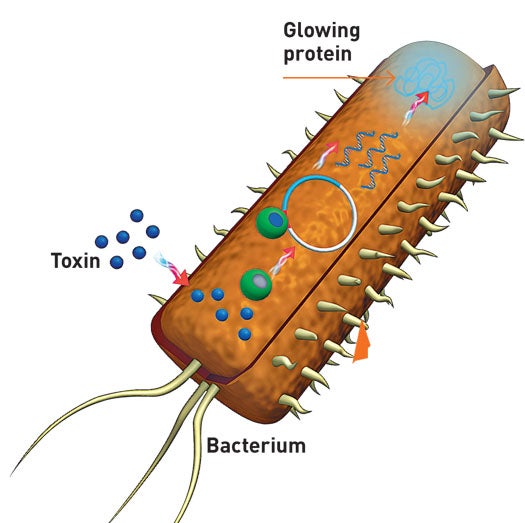