The bloodsuckers may inherit mitochondrial DNA from both mothers and fathers 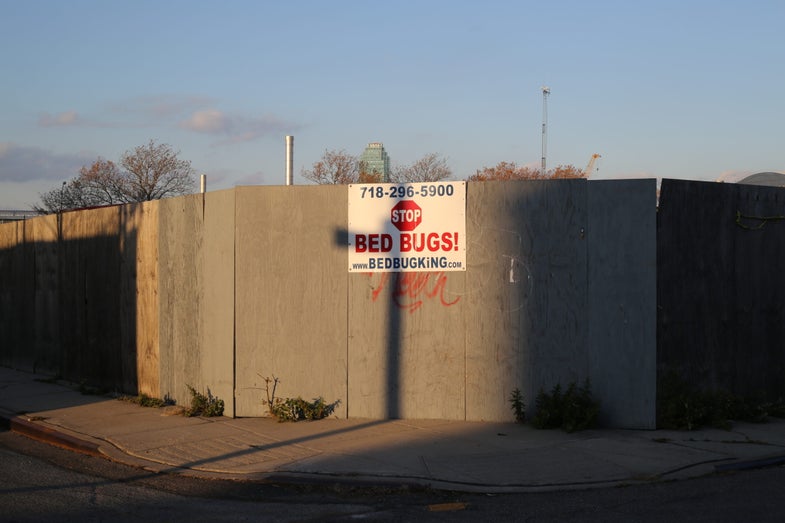 We already know that the bed bug is pretty weird. A single mated female can start an entire infestation, which means the insects seem okay with inbreeding; they mate through traumatic insemination; and they survive solely on blood, often ours. (There’s a reason I wrote an entire book about them).

Now, researchers have added another item to the list: bed bugs can inherit mitochondrial DNA from both their mothers and fathers. This might not sound as intriguing as the fact that a male bed bug ejaculates right into the body cavity of a female bed bug. But it is.

Mitochondria are tiny cellular furnaces that provide our cells with energy (as well as the cells of any eukaryote, which include animals, plants, and fungi). Although the history of mitochondria isn’t fully known, it may have originated as a simple cell called a prokaryote that worked its way into another prokaryote, ultimately forming the cellular complexity we see today.

Unlike the other structures in eukaryotic cells, mitochondria have their own unique DNA. In most species, this DNA passes down only on the mother’s side—essentially an exact copy from one generation to the next. Among other things, population geneticists can use mitochondria DNA to trace how groups of a species relate to one another over time.

But some creatures defy the convention, with bits of mitochondrial DNA from both the maternal and the paternal lines, at least at very low levels within a population. This is called heteroplasmy, and it’s sometimes found in fruit flies, mosquitoes, bees, mussels, and more.

Now, add to the list bed bugs, which may even have a higher rate of heteroplasmy than is seen in these other mitochondrial misfits. The preliminary research published in the July issue of the Journal of Medical Entomology, although an online version went live in late May.

“Bed bugs are a lot more confusing than we thought they were,” says Warren Booth, a molecular ecologist at the University of Tulsa and one of the study’s authors.

Booth says he started noticing anomalies in bed bug mitochondrial DNA around five years ago—overlapping peaks in the data that indicated the presence of more than one set—but he thought it was just a result of bad samples. Then he started collaborating with a Czech entomologist name Ondřej Balvín, now at the Czech University of Life Sciences in Prague and a co-author of the new paper, who noticed similar anomalies at similar rates in his own data.

Eventually, Booth’s graduate student at the University of Tulsa, Grant Robinson, looked at the mitochondrial DNA from 29 bed bug populations from Oklahoma and Missouri and found that 17 percent were heteroplasmic.

“I think it was a very good paper. It looks at population genetics from a different prospective, by exploring new areas,” says Ralph Narain, who recently completed a Ph.D. in entomology from the University of Nebraska, Lincoln, and published a bed bug population genetics paper last month.

Booth’s team isn’t sure why some of the bed bugs have a mixture of maternal and paternal mitochondrial DNA, although one idea is that it may be due to paternal leakage—when mitochondrial from the male leaks into the egg when the sperm and egg fuse.

Whether the bed bug gets some sort of benefit from the mixed mitochondrial DNA is also unclear, although Booth and his colleagues are working on new experiments to find out. The work does suggest that population geneticists working with bed bug mitochondrial DNA may need to screen individual bugs before attempting to compare different populations and generations, to better understand the similarities between the DNA from one generation to another.

Between this and another paper from the same group from earlier this year, which shows that bed bugs may be splitting into a new species, it looks like the bed bug may continue to surprise us.

The insects may even give more clues into much broader biological systems. “Bed bugs could be a really unique model to study many, many different things,” says Booth.