That's Checkmate, Mr. Bond: What to know about a mysterious new fighter jet out of Russia—and its superficial similarities to the F-35. 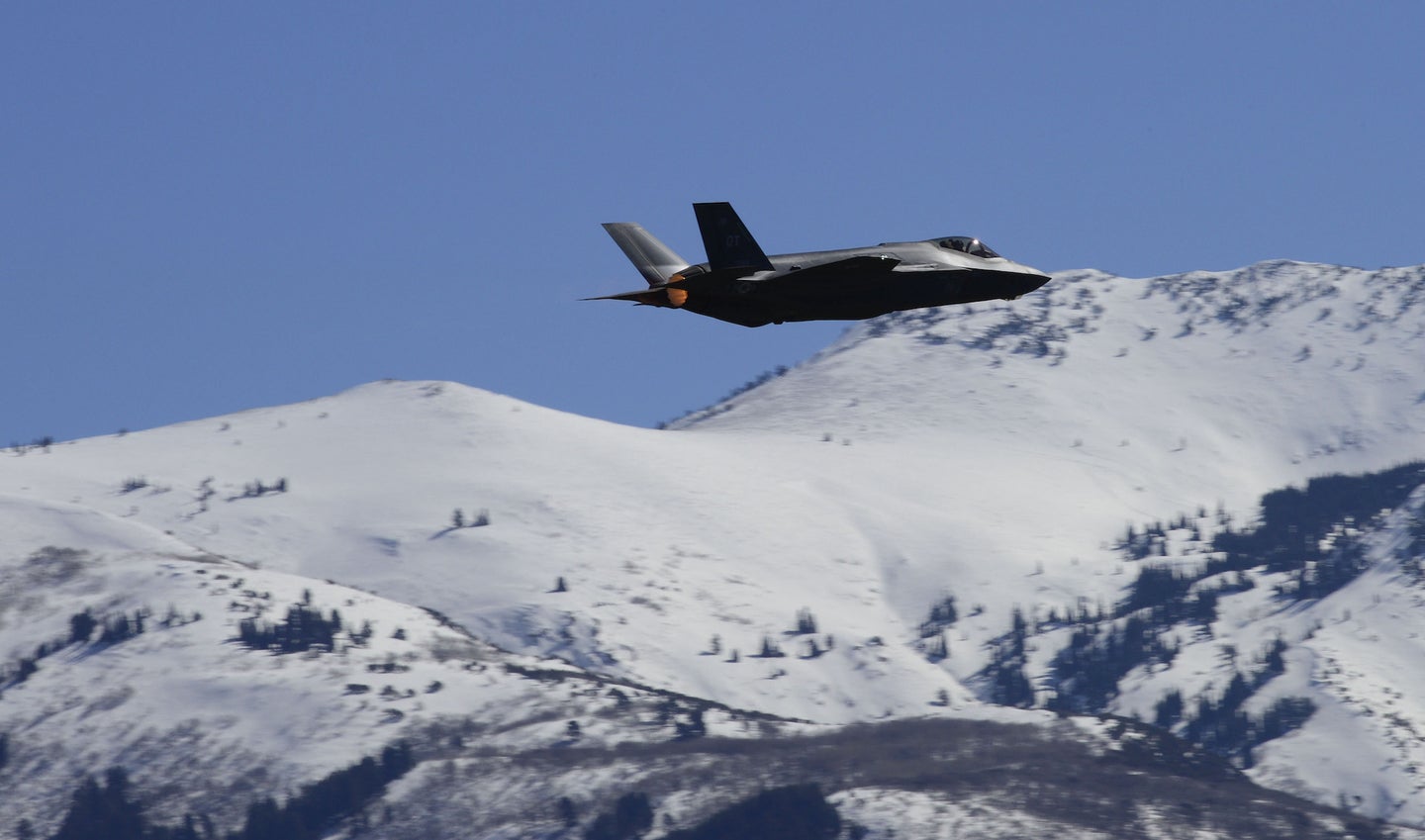 On Saturday, the tarped form of a new Russian jet rolled into public view. Rostec, the Russian defense giant behind the unveiling of the new aircraft at this week’s MAKS-2021 arms show, posted a picture of the plane under a tarp with a caption teasing the coming reveal. It was perhaps the loudest way to announce a new stealth aircraft.

The plane, made by Rostec subsidiary United Aircraft Corporation, looks more than a little like the F-35, the US’s multirole stealth fighter family, which took decades to develop. With split angled tails, a narrower fuselage that suggests only one engine, and wings the vague shape of a diamond, it falls squarely into the design space of F-35-lookalikes.

While there have been a wide range of stealth fighter prototypes, production models have remained within a much narrower form factor, constrained by the limits of both useful stealth features and aerodynamics.

The MAKS arms show is a chance for Russian industry to introduce the public to the next generations of its flagship vehicles, as well as for smaller players to shop prototypes and concepts to prospective buyers. Previous MAKS events have featured novel hybrid drones and demonstrated smaller alternatives to mainstay military workhorse uncrewed aircraft.

The AP reports that Rostec boasts that this covered machine is a “fundamentally new military aircraft, coming from “one of the few countries in the world with full-cycle capacities for producing advanced aircraft systems, as well as a recognized trendsetter in the creation of combat aircraft.”

A teaser for the aircraft we now know to be called Checkmate was spotted by PopSci sibling publication The War Zone earlier this month.

Rostec has said the plane will feature AI in some capacity, though where that AI falls between an improved targeting computer or something approaching autonomous flight is impossible to say at this point.

Here is what the back of it looks like:

That single engine is especially significant, as it matches only the F-35 in terms of modern stealth fighters. Twin engines, like on the F-22 or Russia’s Su-57, allow for greater speed and reliability, at the price of increased cost, weight, and maintenance complexity.

Even cheap stealth aircraft are not, by any reasonable standard, cheap. The price of the Checkmate, according to Rostec chief Sergei Chemezov, will be around $25 to $30 million, far less expensive than the F-35A’s cost of $78 million apiece in 2021. The subset of nations that can spend $30 million apiece for wings of fighter jets is greater than the handful that can afford the $78 million F-35A.

Several countries besides the United States fly and operate F-35s, making it the rare stealth fighter with an export market. It is likely that Russia sees the Checkmate as a way to compete in the same space. If the cost imbalance can remain the same, with Checkmates less than half the price of a production model F-35, that will certainly help.

Another benefit for Checkmate customers is that the new plane has a planned combat radius of 930 miles, or about 250 miles further than an unadorned or unrefueled F-35 can travel. (External fuel tanks, long in development, can increase range for the F-35, but those tanks make it less stealthy.)

In the long run, there is a tremendous gap between unveiling a plane prototype and mass-producing a stealth fighter for export. The long saga of the F-35s development, with nearly two decades between concept and production, is not necessarily a given for any other country making a new stealth aircraft. Yet it is always possible that the airframe will be beset by problems, that the code required to fly the plane will take years to get right, and that new complications can emerge in the process.

If Checkmate can deliver its promises, including on price, it will perform a valuable counterbalance in the skies above future battlefields. Before any of that can happen, it needs to get on the board.

Check out the video, below, for more: