NASA also has high hopes for the theoretical engine 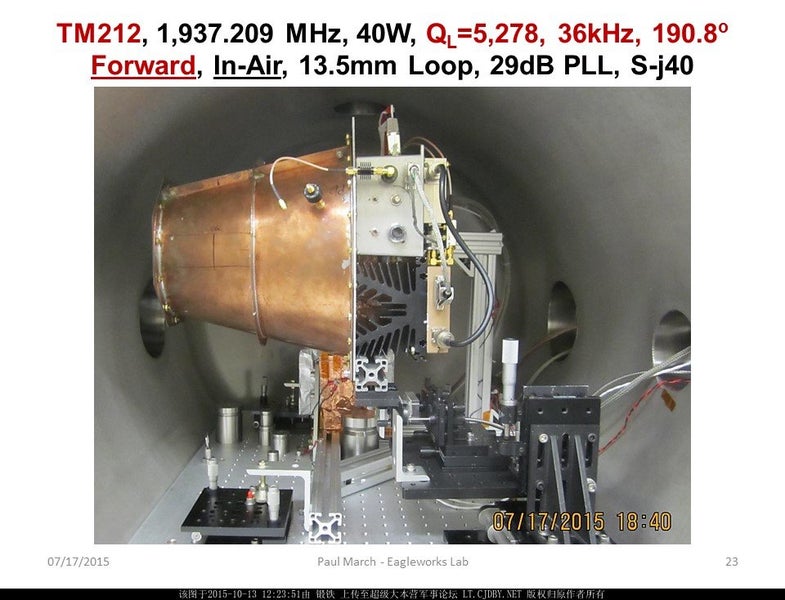 No photos of the Chinese EmDrive are available. Here is a photo of another EmDrive program, from NASA's Eagleworks (the unmanned X-37 spaceplane could have an American EmDrive demonstrator on board). Eagleworks, Paul March
SHARE 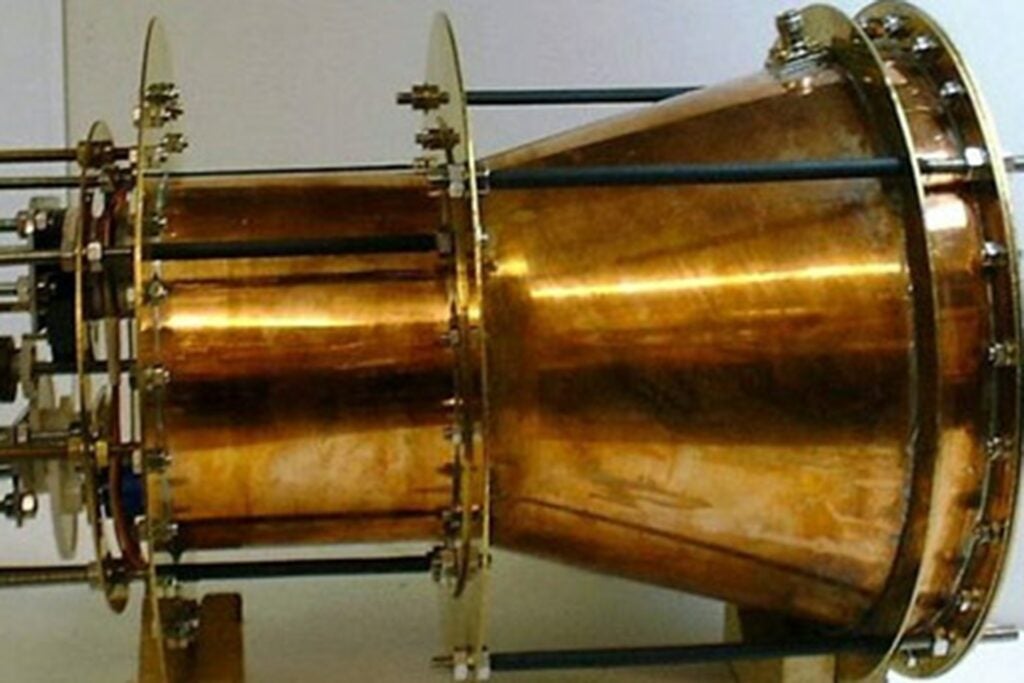 First proposed by Roger Shawyer, the EmDrive creates an aniostropic electromagnetic field in the microwave cavity, relying on its directional field to induce movement (at least in theory).

It’s a piece of space tech that sounds almost too good to be true. The “reactionless” Electromagnetic Drive, or EmDrive for short, is an engine propelled solely by electromagnetic radiation confined in a microwave cavity. Such an engine would violate the law of conservation of momentum by generating mechanical action without exchanging matter. But since 2010, both the United States and China have been pouring serious resources into these seemingly impossible engines. And now China claims its made a key breakthrough.

Dr. Chen Yue, Director of Commercial Satellite Technology for the China Academy of Space Technology (CAST) announced on December 10, 2016 that not only has China successfully tested EmDrives technology in its laboratories, but that a proof-of-concept is currently undergoing zero-g testing in orbit (according to the International Business Times, this test is taking place on the Tiangong 2 space station). 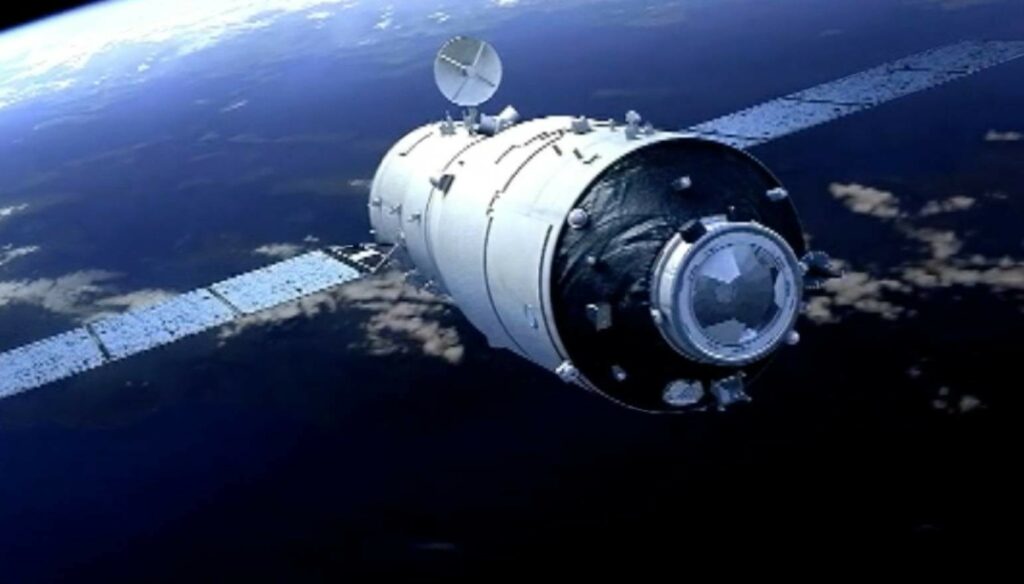 Unlike traditional engines (such as combustion and ion engines) that expel mass from the system to produce thrust, reactionless engines like the EmDrive use only electricity to generate movement. In the EmDrive, first proposed by Roger Shawyer, the microwave cavity is an asymmetric container, such as a truncated cone, with one end much larger than the other. At the narrower end, a source of electromagnetic energy (such as a magnetron) bombards the cavity with microwaves. These waves are contained and bounce off the cavity’s walls, creating electromagnetic resonance. Due to the imbalanced resonance from the complex geometry of a truncated cone, the electromagnetic field in the EmDrive becomes directionally dependent (anisotropic). In this case, the anisotropic electromagnetic field ‘pushes’ the EmDrive away from the direction of the cavity’s larger area end. 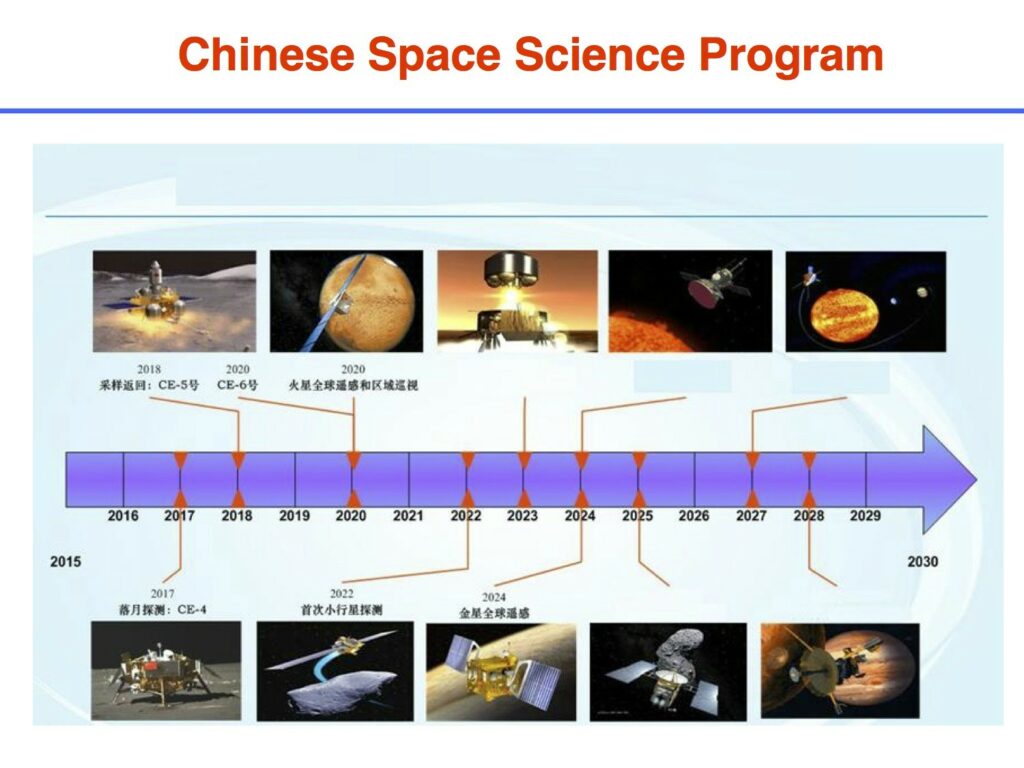 China’s space program, once it receives new technology like the LM-5 heavy rocket and electrical satellite propulsion, will aim for interplanetary missions in the 2020, including possible probes sent to Mars, Venus, asteroids, near solar observation and Jupiter.

While an EmDrive may have a low impulse, the lack of gravity and friction in deep space allows it to accelerate to a high speed with enough time, even starting from a low power level. The performance of the engine depends on the material of the cavity (to reduce EM loss from absorption by the cavity walls) and temperature, which can impact the electromagnetic field, suggesting that future EmDrives made from superconducting materials would have high performance. The spaceship or satellite must also be designed from the ground up to maximize the operating efficiency of the EM drive. Of note, EM drives could also be vulnerable to the vagaries of space weather like radiation, hence the importance of testing the EmDrive proof of concept on the Tiangong 2. 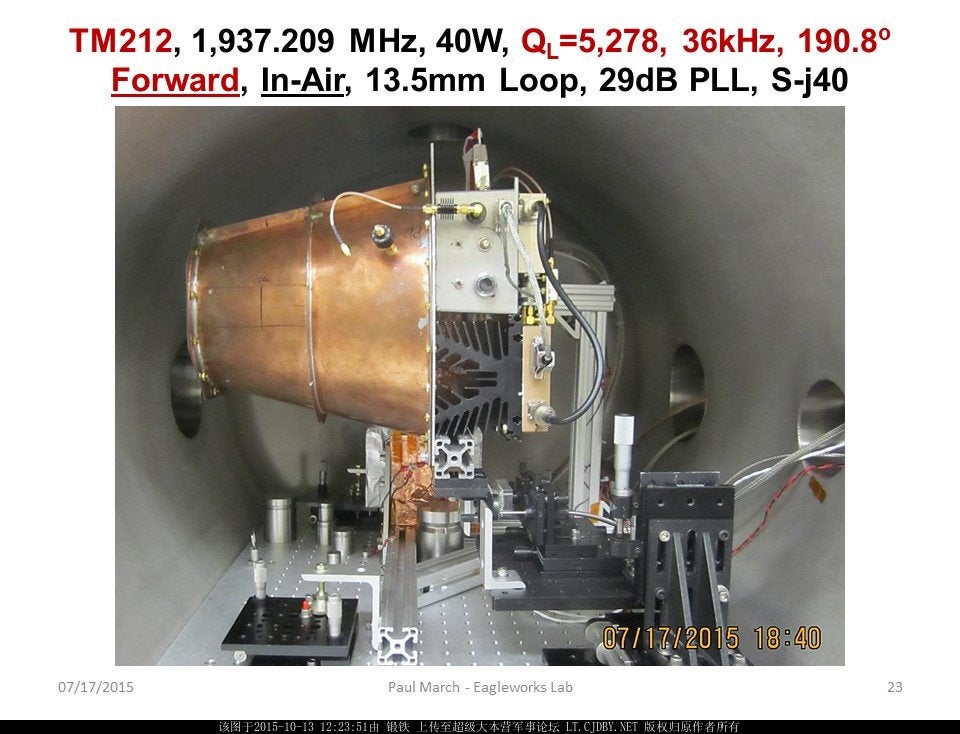 No photos of the Chinese EmDrive are available. Here is a photo of another EmDrive program, from NASA’s Eagleworks (the unmanned X-37 spaceplane could have an American EmDrive demonstrator on board).

EmDrives are ideal for deep space exploration, since they remove the need for refueling—or even the weight and space needed to store fuel—thus simplifying logistics and design. In theory, all one would need for an EmDrive would be a power source, like solar energy or a reactor, to fuel anything ranging from a manned Martian mission to robotic probes going outside of the solar system. EmDrives would also result in smaller and more efficient satellites, since they could ditch space-consuming chemical thrusters used for maneuvering. 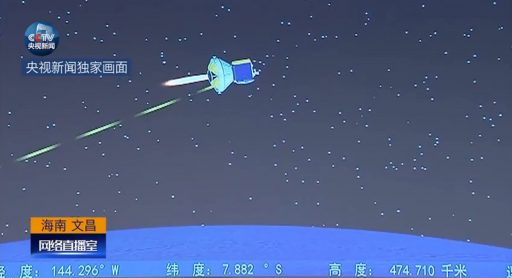 Shijian 17, an experimental satellite testing electrical propulsion, is boosted to GEO by the conically shaped space tug. Electrical propulsion is useful for satellites, as using ionic thrusters for maneuvering and orbit keeping saves a lot of weight compared to chemically fueled boosters. EmDrives would be the next frontier in electrical propulsion, even superior to ion engines (which still require the expulsion of mass from the engine).

The applications of such a system (if it actually proves workable) are many. If China is able to install EmDrives on its satellites for orbital maneuvering and altitude control, they would become cheaper and longer lasting. Li Feng, lead CAST designer for commercial satellites, states that the current EmDrive has only a thrust of single digit millinewtons, for orbital adjustment; a medium sized satellite needs 0.1-1 Newtons. A functional EmDrive would also open up new possibilities for long range Chinese interplanetary probes beyond the Asteroid belt, as well freeing up the mass taken up by fuel in manned spacecraft for other supplies and equipment to build lunar and Martian bases. On the military side of things, EmDrives could also be used to create stealthier, longer lasting Chinese surveillance satellites.

China’s Martian Lander looks for 2020, and a Name