3D printing is tackling what may be its biggest challenge yet: the humble book

Printed in one piece—binding and all. 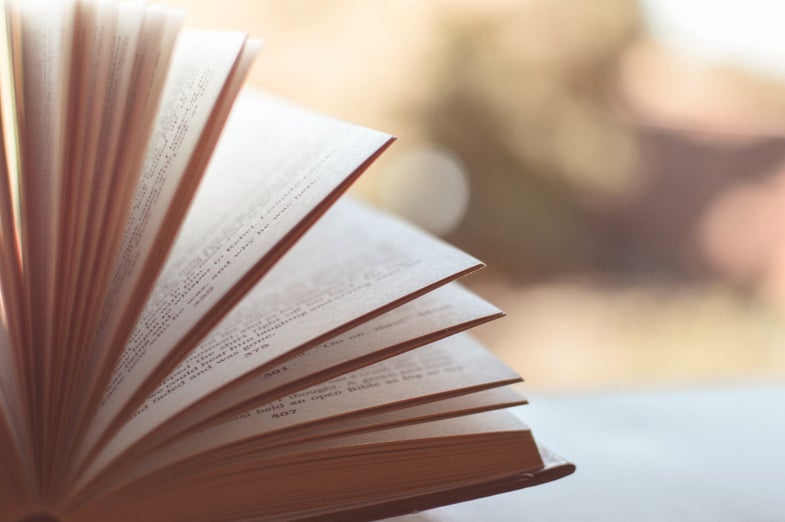 Thirty-four years ago, Chuck Hull developed stereolithography, the grandfather of additive manufacturing systems that rests under the now broad umbrella of 3D printing. In the intervening years, thousands of people have poured their creativity and ingenuity into 3D-printed body parts, bridges, and even a car.

But Ron Arad, a London based Israeli Industrial designer, is taking on a seemingly more banal challenge. He’s 3D printing a book.

On the internet, Arad is perhaps best known for his two nuns bicycle, a steel single gear bicycle with wheels made from swirls of thin flexible steel bound together into a rough circle that resemble the petals of a daisy. The bicycle looks incapable of being ridden. But despite deceptive appearances, it is functional. Pedal fast enough and the wheels disappear—the bicycle floats.

3D printing a book seems simple compared to creating a floating bicycle. After all, humans have been mass printing books since before the colonialization of the Americas. But even as 3D printing has expanded what’s possible, 3D printing a book—especially one crafted as a solid piece (including the binding)—is hard.

That it’s hard, says Arad with a grin, is the point. Arad thinks it will be the first-ever book made from a single 3D printing. In 2014, Tom Burtonwood, in conjunction with the Art institute of Chicago, produced a 3D-printed book of Bas Relief art from the museum’s collections. But each of that book’s pages are printed separately and then bound. Each of Arad’s books will be printed and bound in one shot. And at least one of Arad’s books will be printed in space. It will be printed on the International Space Station through a collaboration with NASA, the Japanese Space Agency, and the European Space Agency.

The Albert Einstein Foundation commissioned the book as part of their legacy project, a year-long celebration commemorating not only Einstein’s theory of general relativity but also what Einstein has come to symbolize: creativity, ingenuity, and humanity. Their original idea, however, was not for a book at all. It was for a bust of Einstein’s head.

“We are not very good at doing what we’re asked to do,” said Arad. “We always want to change it.”

The idea that it should be in the shape of Einstein’s iconic head—that hair—remained. As did the idea of getting some of the world’s most dexterous creators in science, the arts, and social justice to weigh in. But instead of their signatures, they would lend the same thing that Einstein is best known for—their most visionary ideas in the form of a poem, perhaps, or an essay, or maybe even a sketch. There will be a total of 100 contributors spread out among 10 categories—from science to literature to leadership, technology, and space—with the idea that the book will me more than just a book. It’ll be a time capsule, embodied in its limited-edition run of just 300 to be unveiled this fall in Montreal at what the Einstein Legacy Project is calling the “Dinner of the Century.” So far, Nobel physicist Steven Chu. architect Frank Gehry, and authors Chimamanda Ngozi Adichie and Paulo Coelho are among those who have committed to the project.

Each visionary will get a single page, meaning Arad will make 100 3D-printed sheets in total. Yes, the book will contain 100 sheets, not 50. Unlike traditionally printed books, which are typically double sided, the nature of the 3D printing technique Arad is using, called selective laser sintering, means the words exist in negative space- like a stencil.

“For us, it was and still is a technical challenge,” said Marcus Hirst the head of design at Ron Arad Studio, who you can see cycling on the two nuns bicycle. One of the big challenges is that we want this to be one single piece, not a bunch of pieces. And to do that you run into the limitations of 3D printing. We couldn’t get what we needed from an injection mold process.”

That process is what most people think of 3D printing. It’s additive—you use molten to “build up” a structure kind of like Legos. Selective sintering works by fusing together substances. It’s a technique originally developed to do fine-scale metal soldering. It’s the kind of fine work that joins the blades of a typical razor to the handle, but the technique has been expanded for a host of other uses, including art.

“Imagine you have a bed of sand,” says Nicholas Fang an associate professor in the department of mechanical engineering at the Massachusetts Institute of Technology (MIT). “And you have a glue pen that you can trace on the sand to form the page.” Wherever you glue will fuse together, and the page will only be as deep as the glue can reach into the bed of sand.

The laser traces out the shape of the page, and the outside of the letters, waits for the layer to cool, and builds another page. According to Fang, on the lab scale selective laser sintering can print layers as thin as 10 micrometers, basically one-tenth the thickness of a strand of hair.

Arad’s pages are thicker since the pages need to be able to have holes in the forms of letter, and because he’s building each book from the same printing process he has to deal with the pages sticking together. And he said, “we’re relying on the flexibility of the material for the binding.”

It’s easy to frame science and art as opposites on a continuum, with the former being hard, the latter being soft, and everything else residing somewhere along the middle. The book is art, but it pushes the limits of existing technologies. In a way, it feels in line with Einstein’s whole deal. He did say, after all, that “science will stagnate if it is made to serve practical goals.”