Hyundai undercuts Lexus, Infiniti and Mercedes with a luxury car that'll give car buyers another reason to forget the Korean carmaker's checkered past 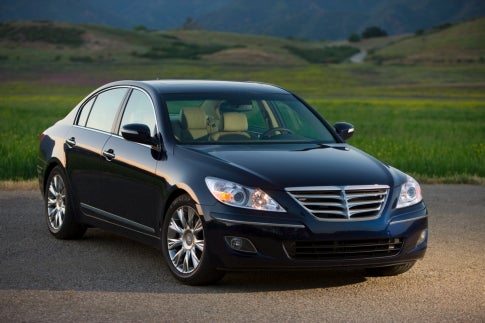 Starting at $33,000, Hyundai's Genesis 3.8 sedan offers many of the same premium features as Infiniti, Lexus and Mercedes at a significant discount. Hyundai Motor America
SHARE

The 2009 Hyundai Genesis has been a long time coming for the South Korean automaker. Years ago, Hyundai introduced to the American market an ignoble range of economy cars that, unadjusted for inflation, cost the equivalent of pocket lint. It’s a different company now. To mangle a Pink Floyd lyric, 20 odd years may have gotten behind Hyundai Motor America, but it didn’t miss the starting gun. 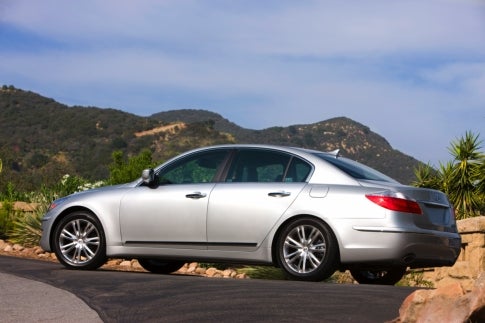 The rear-drive 2009 Hyundai Genesis 4.6 will be the first of the company’s US models to be powered by a V8 engine.

As it enters a new phase of maturity, Hyundai’s digging in for a fight where it hasn’t before (in the US): luxury sedans. The new Genesis seems a million years from the long-discontinued Excel, a car so awful ConsumerGuide once scored it a 3 out of 10 for materials. These days, according to J.D. Power & Associates, Hyundai’s up there with Acura, Audi and Volvo in overall quality. Say the word Excel to a Hyundai executive now, and you’re more likely to get a spreadsheet than a set of keys.

For the past half-decade, industry watchers have seen Hyundai edging its product line upmarket. In 2004 it launched the Azera, a front-wheel-drive, midsize sedan with shades of Buick. In 2006 it introduced the Veracruz crossover SUV, aimed squarely at the pricier Lexus RX300. This year, the rear-drive Genesis sedan arrives in dealerships. Next year, it’ll be a sports coupe producing 300 horsepower. Maybe after that we’ll see a Hyundai that takes off vertically like a Harrier jet. Who knows.

Not quite what you’d call design-forward, the Genesis is attractive in a familiar way, kind of like actress Julie Bowen (Google, if you must). Midway between the Mercedes S-Class and Infiniti M in appearance, the Genesis’s most distinctive bit is that louvered grille, whose wing-like slats assign a curious organic character to the fascia. Inside, the Genesis offers spacial volume equal to that of a Mercedes S-Class. Interior trimmings are tasteful and corporately austere compared to Lexus’s million-button march.

Where the ancient Excel was as technologically advanced as a Bundt pan, the Genesis is a modern luxury car, riding on a new, rear-drive chassis platform. The allocation of drive wheels to the back immediately applies that unmistakable feel of being pushed, not pulled, distinctive of a true executive car. Suspension tuning tends toward the floaty side of the luxury spectrum, closer to the American and Japanese ideal, rather than that hard-soft meatiness characteristic of German sedans. That’s not to say the Genesis is a flaccid ride–it isn’t, quite. The multilink front and rear suspension combines with a shock-absorber system from ZF Sachs called amplitude-selective damping, which the Genesis shares with the Mercedes C-Class. The all-hydraulic system decreases damping over minor “stimulations” like road imperfections, but increases damping during major loading, as in hard cornering. As a result the 4,000-pound sedan keeps fairly flat-ish in corners while retaining composure over rough roadways. 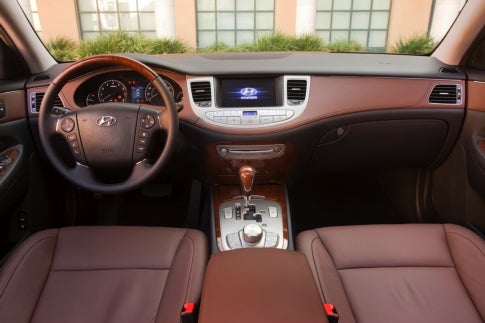 Inside, the 2009 Hyundai Genesis feels just as luxurious as competitors’ vehicles costing $10,000 more than its starting price ($33,000 including freight).

The electro-hydraulic steering is responsive and offers decent feedback, especially in the V6 model. That car uses a slightly different steering setup than the V8 model, whose steering feels overly processed by comparison. Brakes are an exercise in directness and offer plenty of stopping power for all that weight.

Buyers of the entry-level Genesis model are eligible for the company’s smooth 3.8-liter Lambda V6, producing 290-horsepower, although the company expects 20 percent of buyers to opt for Hyundai’s 4.6-liter Tau V8. The V8, a requirement in the luxury segment, cost Hyundai $260 million to develop and produces a substantial 375 horsepower on premium fuel (368 on regular). Each engine links up with a separate six-speed automatic transmission, the V6’s from Aisin, and the V8’s from ZF. Both serve up- and downshifts as smoothly as warm sour-cream frosting. Maybe not exactly that, but we’ve gone a few sentences without inelegant hyperbole, so there you go.

Although brand-conscious buyers will likely steer clear of the Hyundai lot for now, the economic woes of late may work in the company’s favor, bringing in new buyers looking to scale back their free-spending ways. And of course, any Wall Streeter whose paycheck is now signed by Uncle Sam should get a thumbs-up from We the People if they ditch their German iron and show up at work in one.

Look inside the car here.

Starting at $33,000, Hyundai’s Genesis 3.8 sedan offers many of the same premium features as Infiniti, Lexus and Mercedes at a significant discount. 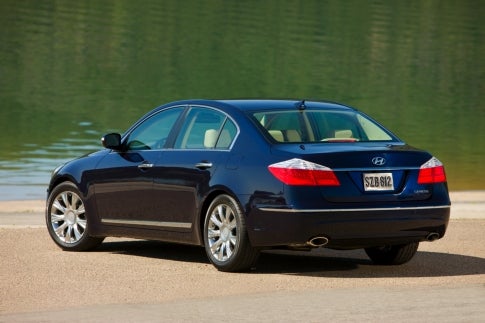 Inside, the 2009 Hyundai Genesis feels just as luxurious as competitors’ vehicles costing $10,000 more than its starting price ($33,000 including freight). 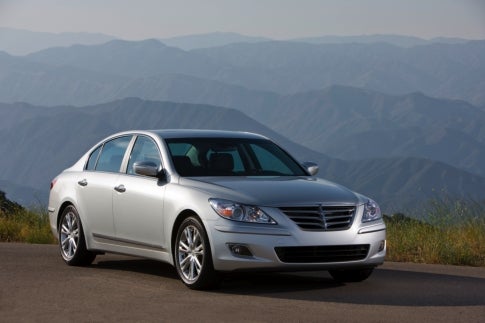 The rear-drive 2009 Hyundai Genesis 4.6 will be the first of the company’s US models to be powered by a V8 engine. 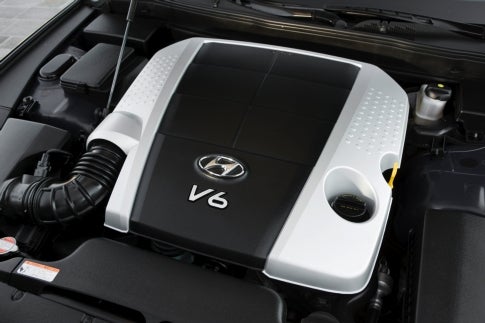 Hyundai’s base-level Genesis 3.8 gets power from a 290-horsepower V6. 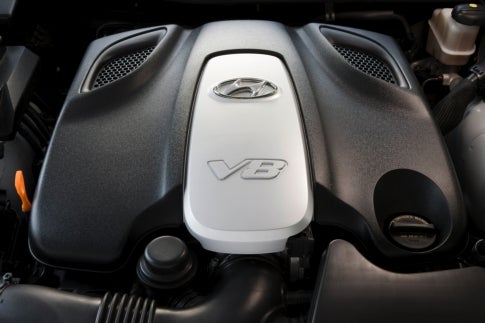 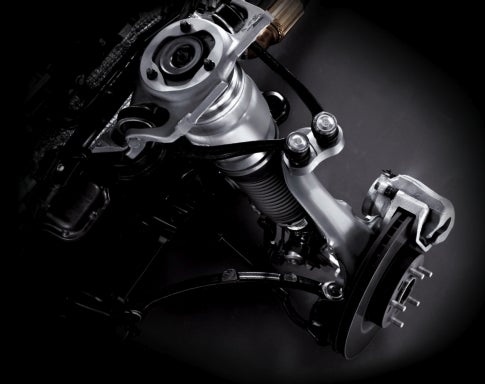 The multilink front and rear suspension in the 2009 Hyundai Genesis combines with a shock-absorber system called amplitude-selective damping, which decreases damping over road imperfections and increases damping during hard cornering.
Vehicles
reviews