The 3 most exciting automotive reveals from CES 2023

The Ram Revolution electric pickup made a splash, but so did this cool tech from BMW and VW. 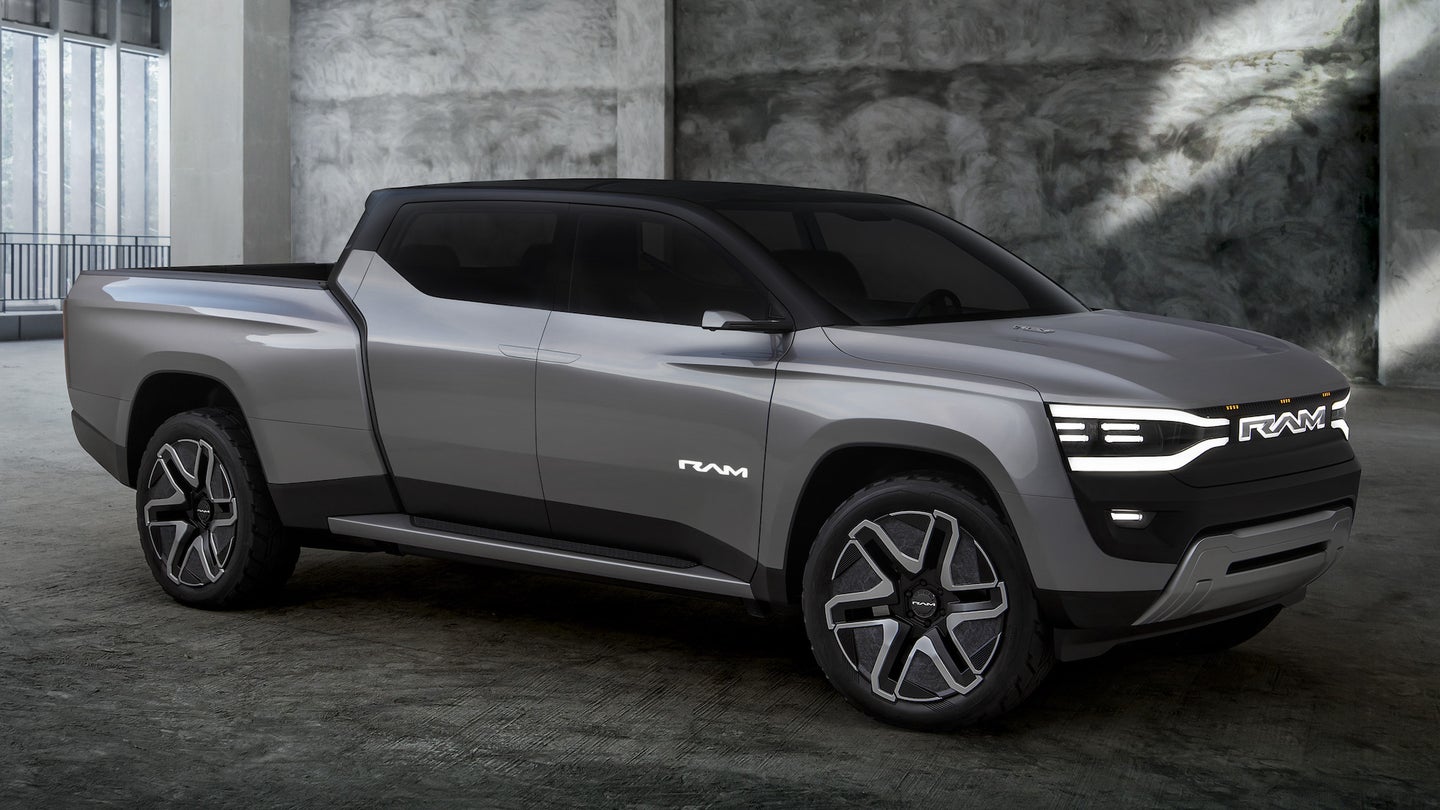 The annual Consumer Electronics Show may be known as a venue for tech companies to show off gadgets like folding screens, smart watches, televisions, and even random gizmos like a “Smart Hose Timer.” But CES is also a place for automakers to reveal how they’re embracing technology, too. A few rose to the top with high-profile launches that caught our eye. These are the three unveilings we thought were the most fascinating.

The biggest automotive moment from the show may well have been the splashy reveal of the much-anticipated Ram Revolution, an all-electric pickup truck. Ford is already selling its Lightning EV and Chevrolet’s Silverado EV will go on sale this spring, so while it may seem that Ram is catching up, it appears that it may be right on time in the grand scheme of things.

President and chief analyst at AutoPacific Ed Kim says the importance of the Ram Revolution, the truckmaker’s first EV, can’t be overstated for the North American market. Kim was on the show floor at CES and saw the launch in person.

“In the EV world, there is so much discussion about EV pickups,” Kim says. “We have already seen Ford and GM’s EV trucks, and we’ve been waiting to see what Ram would come up with. Yes, the Revolution is a concept, but the brand did have a real production frame on the show floor. It’s more than a flight of fancy.”

Ram’s gas-powered 1500 pickup received a major overhaul a few years back, with the brand inserting its excellent UConnect infotainment system into the new model with a large optional screen. The electric Revolution concept took that a step further with not just one but two 14.2-inch displays, and the lower screen can be removed to use as a separate tablet when the truck is parked.

The body style also showcased the possibilities of what can be done with EVs when designers don’t have to work around massive engines that take up a lot of space. “Here’s a truck you can use to carry an 18-foot pole or log with a pass-through from the nose to the tailgate,” Kim said. “What’s interesting about that feature is that it really does demonstrate just how much an EV car or truck can change the basic architecture of a vehicle. In an ICE vehicle, you can’t run something through the truck. Electric motors are miniscule compared to an engine, and you can do a lot with that.”

The Revolution features three rows, with highly configurable second- and third-row seats. Its extra-long cab allows a limo-like experience when the second row is pushed back or when more passengers need to ride along, all three rows can be pressed into service. Fully independent rear suspension is a step above where it is now. It should drive more like a big, nice SUV than a pickup truck after it goes on sale in 2024.

Ram wasn’t the only automaker making waves at the show. BMW showed off a flashy concept car called i Vision Dee (that last word stands for “Digital Emotional Experience”) featuring a color-changing exterior. Working with company E Ink, BMW had the i Vision Dee covered in 240 different panel segments that can alter the appearance of the car into 32 available hues, controlled by a smartphone.

“With the BMW i Vision Dee, we are showcasing what is possible when hardware and software merge,” BMW Group chairman Oliver Zipse said.

Last year at this time, BMW unveiled a similar concept exterior with comparatively limited capabilities. The concept from last year could only change from white to black to gray, laminating the body of the car with an electrophoretic film (which separates charged molecules) containing “microcapsules the diameter of a human hair,” BMW said. As the company explained it, each capsule contains differently charged particles which become visible when an electric field is applied.

Beyond the wild exterior, the BMW i Vision Dee showcased a virtual dashboard that displayed on the windshield instead of the usual spot and integrated that with virtual reality. It also debuted a new voice assistant, Dee, that operates more like an artificial reality bot than a simple voice  command prompt.

While it’s unlikely the i Vision Dee will become a production car, BMW still hopes to draw attention to one of its new EVs and to its vision for future technology.

Fans of the Passat were crushed that Volkswagen discontinued the gas-powered sedan, and the ID.7 is the German brand’s peace offering in the form of an EV. It also serves as hopefully a better follow-up to the electric ID.4, which has been plagued with software challenges that have prevented the brand from dominating the EV segment in ways it hoped. The ID.7 is six inches longer than the now-defunct Passat, with a higher roofline that shows echoes of Mercedes-Benz’s EV lineup.

Interestingly, the new ID.7 is a sedan like the Passat, which bucks the crossover/SUV trend automakers have followed in recent years.

“The last 10-15 years has seen the sedan market decline dramatically and people want more crossovers,” Kim said. “You can see the details and proportions of the ID.7, and it looks like a traditional sedan. I do think it is important to point out that even though consumers have been less interested in sedans than SUVs, in the EV universe we have seen one particular product that bucked that trend—and that’s the Model 3.”

Kim believes sedans may make a bit of a resurgence in the EV segment because of the success of the Model 3 and also because sedans are more aerodynamic. With a lower profile, sedans typically achieve better range; since range anxiety remains a main concern of EV shoppers and rejectors, a sedan can add more appeal.

Masked in “smart camouflage” to obscure the design details for now, the ID.7 model at CES was covered in “at least” 40 layers of paint to create 22 disparate electrified illuminated zones. We probably won’t see that paint scheme in production, however.

Hungry for more news out of CES? PopSci’s gear team has created three different roundups of the coolest stuff they noticed last week.

And watch the reveal of the Ram Revolution Concept, below.