The entangled triplets are unusually stable. 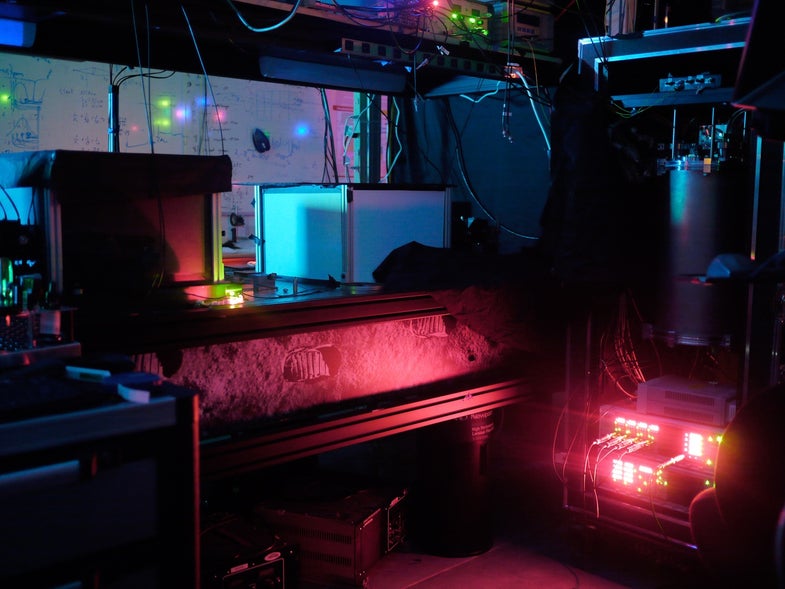 As if it weren’t hard enough already to imagine it in twos, physicists have entangled three photons with each other. Entanglement is a counterintuitive quantum physics phenomenon, in which a particle influences all the others with which it’s entangled — even if the particles are far apart. If one particle is in one state, for example, the others might be in the same state. In this case, however, each photon, which is a particle of light, had the same polarization — either horizontal or vertical.

Usually, it’s easier to entangle only two photons at once. A few research labs, including this team, have entangled three or more photons before. This new effort created triplets that were more stable than previous entanglements, however. That stability means the entangled photons are one step closer to practical use (although they’re still a long way from that). Researchers are hoping that in the future, entangled photons might work in quantum computers, or in communications technologies.

To make the entangled triplets, researchers from Canada, the U.S. and Sweden started with a single blue photon that was polarized both horizontally and vertically. Being able to hold two states at once is another property of quantum particles, and it’s why computer scientists are interested in quantum physics. Particles that are able to hold two states at once potentially can hold more information than classical computers with machinery that can only hold one state at a time. 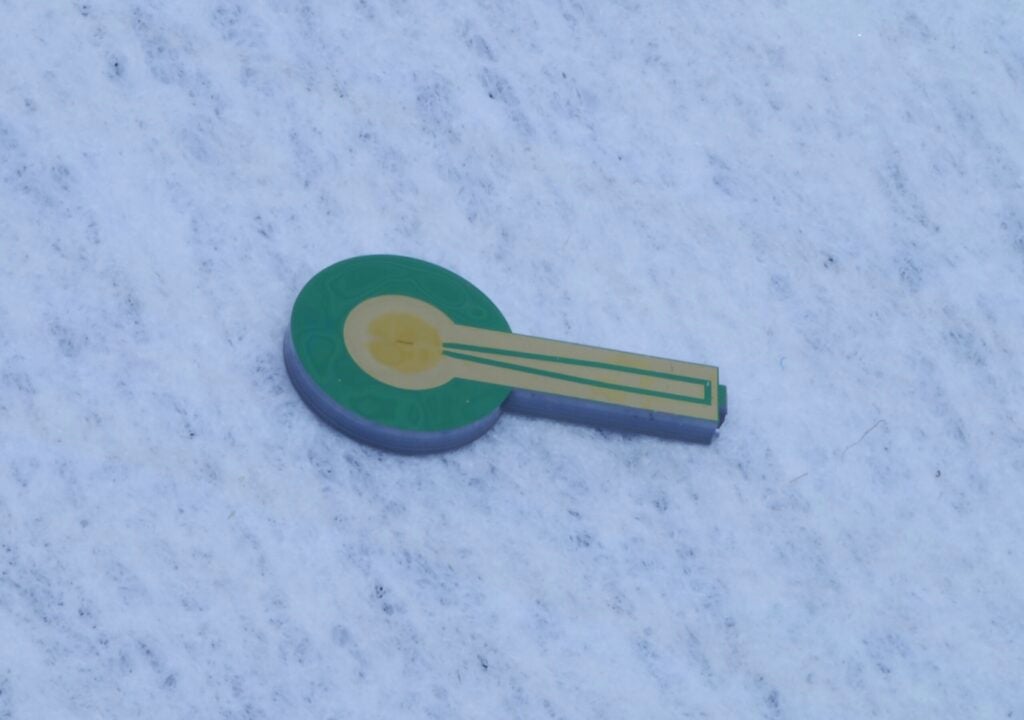 The physicists used chips like this one to detect single photons of light.

The international team published a paper about their work this week in the journal Nature Photonics.