This App Turns Your Phone Into A Cosmic Ray Detector

Donate your phone's capabilities to science! Plus, if physicists use data from your phone in their paper, then you'll get credited as an author. 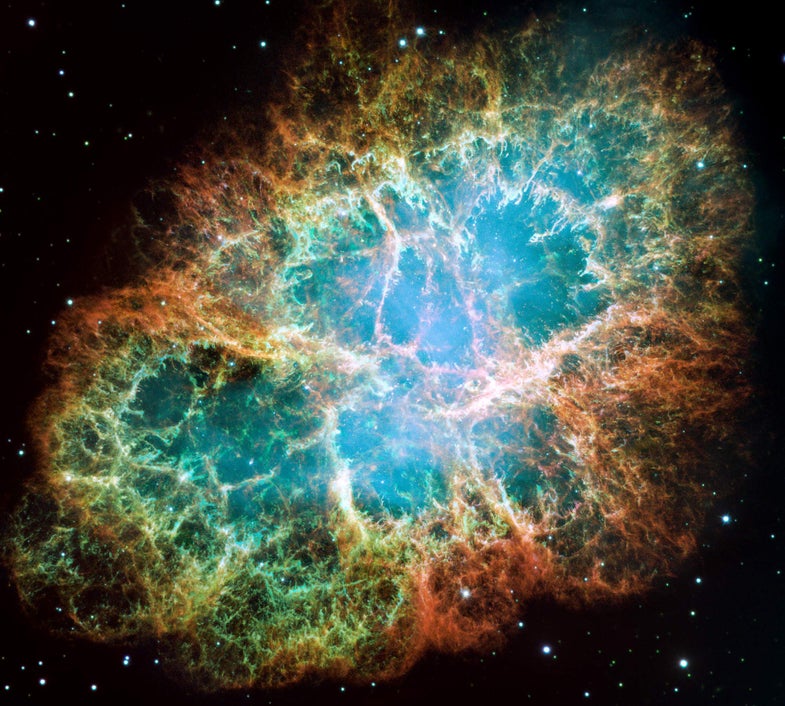 Want to turn your smartphone into a cosmic ray detector? Well there’s an app for that. Cosmic Rays Found in Smartphones, or CRAYFIS, uses smartphones’ and tablets’ standard camera equipment to detect some of the super-rare particles that shower down on the Earth when a high-energy cosmic ray hits the atmosphere. CRAYFIS collects that data, then sends them onto physicists at the University of California’s Irvine and Davis campuses for analysis.

You don’t have to do anything yourself except download CRAYFIS. The app is supposed to work a bit like SETI@home or Folding@home, two programs that allowed ordinary people to donate idle computer memory to massive science projects. In this case, CRAYFIS is designed to switch on when it senses the phone is plugged in and has been idle for a few minutes.

One fun bonus: If you sign up for CRAYFIS with your full name and scientists use data from your phone in a scientific paper, the science team will list you as one of the paper’s authors, the CRAYFIS website promises. Users may also choose to send their data anonymously. 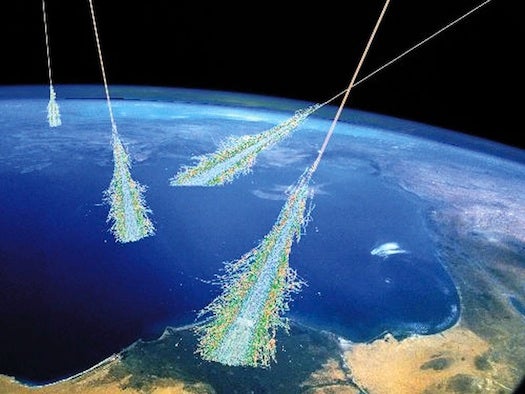 This is an artist’s conception showing cosmic rays hitting the Earth. When they reach the Earth’s atmosphere, the rays trigger showers of particles called air showers. In this illustration, the air showers are the branching, broom-tail portion of the rays.

The app works by detecting high-energy photons, which are abundant in cosmic ray-induced particle showers, plus a type of particle called a muon. Photons are particles of light, which cellphone cameras are already built to detect. Camera equipment is tuned for photons in the visible light spectrum, but they still work for the higher-energy photons present in particle showers, according to a paper the California team wrote. (The paper hasn’t yet been peer-reviewed.) In addition, the team wrote, photodiodes in cameras will also interact with muons, which are charged particles that easily pass through buildings, phone cases, and other obstacles.

Besides the phone’s camera, CRAYFIS will also use the phone’s GPS to locate where particles land, and the phone’s Wi-Fi to send data to servers.

Cosmic rays hit the atmosphere regularly, but scientists still know little about the highest-energy rays. Where do they come from? What can they tell us about the early universe? A number of astronomical observatories measure cosmic rays as they come in, including the Pierre Auger Observatory in Argentina, but the California team thinks its app could be another, cheaper way to study cosmic rays.

The app is in beta testing right now, but you can sign up to try it on the CRAYFIS website. It’s supposed to be available for Apple and Android devices.