Grime-loving bacteria could save priceless art

We think of bacteria as dirty, but sometimes they can actually clean up after us humans. 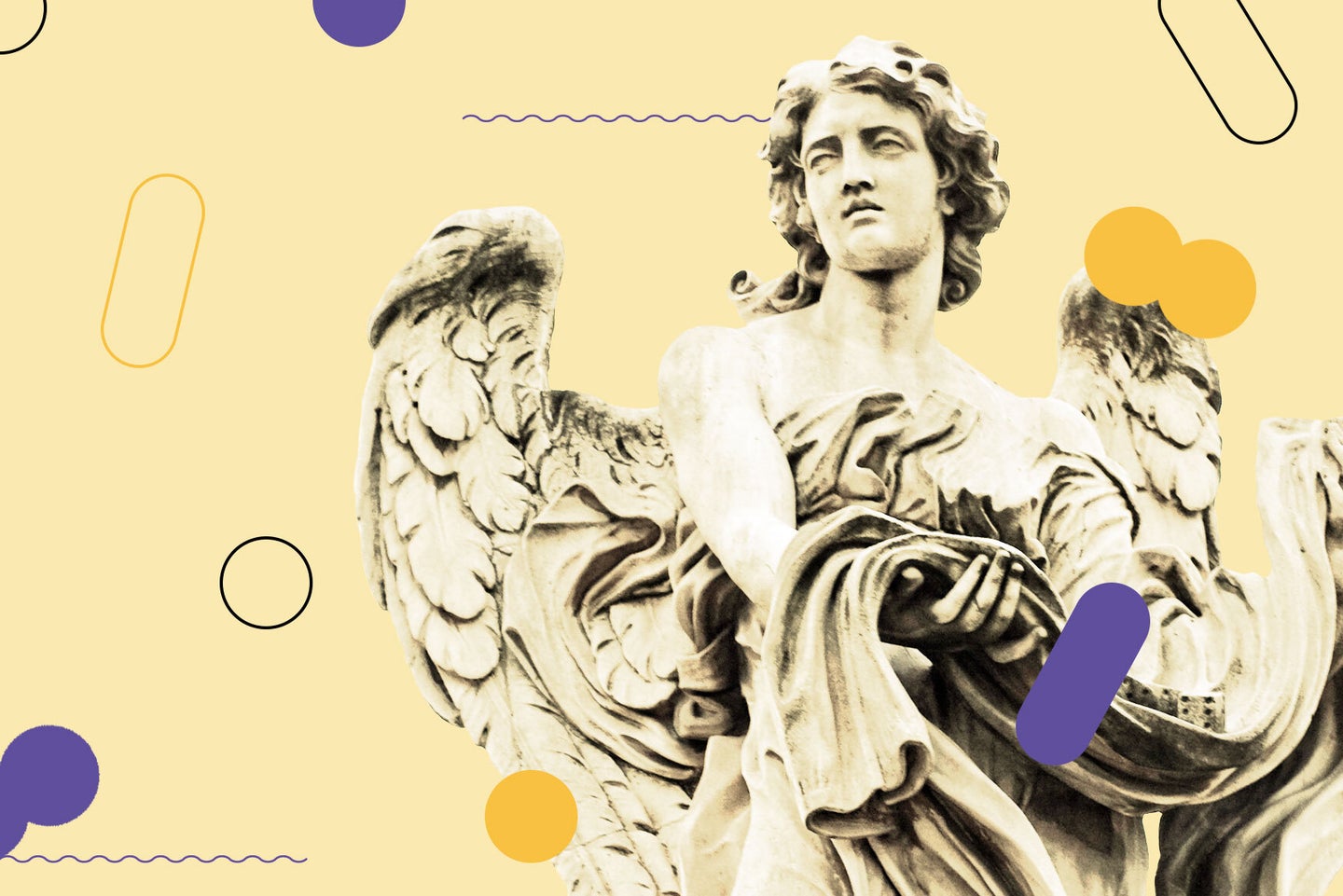 Statues are just some of the priceless pieces of art that bacteria can help restore. nejron/Deposit Photos
SHARE

Bacteria are wildly underrated. From farming to flavoring, these microbes are essential in ways you probably didn’t even realize. There are three other stories in this series about bacterial fertilizers, E. coli’s role in biology and medicine, and the microbes that make vinegar.

Bacteria and other tiny organisms have traditionally been viewed as a threat to art. But a small number of researchers in Europe are making microbes work for them. Specialized microbes have been set loose on everything from centuries-old frescoes to oil paintings to massive cathedral walls, all in an effort to clean and restore the original glory of these pieces of cultural heritage.

Most recently, during the coronavirus shutdown, a team from the Italian National Agency for New Technologies (ENEA) successfully removed decay from the famous Michelangelo-carved tombs of the Medici family in Florence, Italy. But the earliest applications of this idea of “biocleaning”—using microorganisms to consume and clear debris from the surface of stonework and artwork—originates with Giancarlo Ranalli in the 1990s.

Ranalli was working with the Technical Commission for Restoration in Pisa, Italy, as a microbiology expert consulting on microorganisms that damage works of art. At the time, a team of restorers were tending to medieval frescoes at the Camposanto Monumentale in town. The cemetery was bombed during World War II, and the original plaster paintings were hastily removed in chunks using gauze and animal glue. After decades of unsuccessful restoration strategies, the team was determined to get what Ranalli calls an “impossible task” right.

When traditional, chemical methods of cleaning the frescoes proved ineffective—the altered surfaces repelled water—the project lead turned to Ranalli: “‘But you, Dr. Ranalli, can’t you do anything with your bugs?’ the microbiologist recalls. “To that seemingly simple question, there was an equally quick and immediate answer. ‘Why not!’”

The Pisa frescoes were encrusted with organic matter, Ranalli explains, a prime source of food for microbes already used in labs around the world. Doubly important, the inorganic substances that compose the pigments on the frescoes were of no interest to bacteria. The microbes would, in theory, selectively consume and remove the organic surface alterations while leaving the pigments untouched.

The aerobic bacterium Pseudomonas stutzeri, strain A29, ended up being the perfect candidate; the organisms ate right through the deteriorating animal glue on Spinello Aretino’s 14th century Conversion of St. Efisio and Battle, successfully restoring a fresco that had stumped restorers for decades.

Paintings all over the world are constantly accumulating dirt and grime from the circulating air, and outdoor installments collect salt, minerals, and soil. Since the results of the first Camposanto Monumentale project were published in 2004, Ranalli and a new generation of researchers have pushed the boundaries of biocleaning to include more microbes and more cultural heritage sites.

Beyond the natural deterioration that comes with exposure to the outside world, previous restorations that didn’t get the job done can be a headache for other projects down the road. The Sistine Chapel, for example, was once cleaned in the 17th and 18th centuries using wine and sponges made of bread (though it’s unclear why, exactly). Ranalli’s first project two decades ago dealt with animal glue residues leftover from actions taken to protect the frescoes. Over time, however, the proteins in the glue deteriorated and almost destroyed the artwork along with them.

Overlapping layers of past restoration make it challenging for any single chemical to penetrate. Multiple contaminants often can’t be removed using the same solvent—unless the chemical is so harsh that it runs the risk of damaging the precious bottom layer. On top of that, there’s the balance between applying enough of a solvent to get rid of the grime, yet not delivering so much that the artwork is damaged.

Bacteria offer a convenient solution: they’re like tiny, precise machines that will eat only the stuff restorers want to eliminate. It’s just a matter of selecting the right one.

The first step is determining the composition of the stuff on the art that’s not supposed to be there. In the case of Ranalli’s original project, it was the protein casein, found in animal glue. Other projects have removed everything from mineral salts to graffiti, and many surfaces host more than one. Researchers rely on high-tech chemical analysis techniques to parse out their target’s identity.

[Related: You have no idea how much you need nitrogen-fixing bacteria]

Once restorers know exactly what they’re trying to remove—be it animal glue, mineral salts, or graffiti—there are two ways to obtain a compatible bacterium, says Pilar Bosch-Roig, a microbiologist and cultural heritage restoration researcher at The Polytechnic University of Valencia in Spain.

One option is selecting from libraries of thousands of previously isolated and characterized strains that have been catalogued by other researchers over the years. Ranalli’s inaugural Pseudomonas stutzeri, strain A29, for example, has been applied to other sticky animal glue situations in the two decades since its first use.

The second option is to allow natural selection to run its course. Billions of bacterial candidates are placed in a controlled environment and made to compete for a single food source: the target contaminant. Over the course of several weeks, only the few that can use the target molecule for fuel will survive. The bacteria are then vetted to ensure they do not cause disease, and will not spread beyond the surface to which they are applied.

Regardless of selection method, researchers rigorously test the efficiency of the chosen bacterium and determine the optimal conditions for treatment. They must be absolutely certain that the microbes don’t unexpectedly interact with any materials in the original artwork.

Once they have their bacterium, restorers can apply the microbes in little gel packages—just a small spot at first, to test it out—and leave them alone for anywhere from a few hours to a few weeks. Post-treatment, the gel gets peeled back, the surface wiped off, and the artwork tested to ensure no bacteria were left behind.

The impact can be massive. Bosch-Roig and her team worked extensively on the Santos Juanes Church in Valencia, Spain. The wall paintings were encrusted with animal glue leftover over from previous restorations, which clouded visitors’ views of the 14th century frescoes. To successfully remove the dark crust, Bosch-Roig made use of Ranalli’s tried-and-true Pseudomonas stutzeri.

“A lot of people would visit the church, and they would look at the wall paintings, and they were black,” she recalls. “Now, people have come back after the cleaning, and say ‘Wow, that was here?’ They have never seen the church like this.”

Just this year, Sprocati’s team and their restoration collaborators tackled the tough problem of decaying human remains staining Michelangelo-carved marble in the Medici Chapel in Florence, where many members of the family are entombed. Uncleanable by traditional methods, the team took advantage of the lack of visitors during the pandemic to carefully test bacteria and give the famous sculptures a much-needed scrubbing.

But despite these successes, the field of biocleaning has failed to make huge strides in the last two decades. Few institutions have the right combination of interest, need and funding to invest in specialized biological systems, says Bosch-Roig. The field of research, Ranalli admits, is often distant from the real world of art restoration, stressing the need for collaboration between scientists and art historians.

Sprocati agrees that such partnerships are a necessary part of biocleaning. “Mutual trust deserves a place of honor,” she says. “Without which the fusion of restoration, study, analysis, knowledge, experience, method and science to restore the harmony of beauty to Michelangelo’s sculptures could not be achieved.”