And the trend might last if employers allow more flexible work situations in the future. 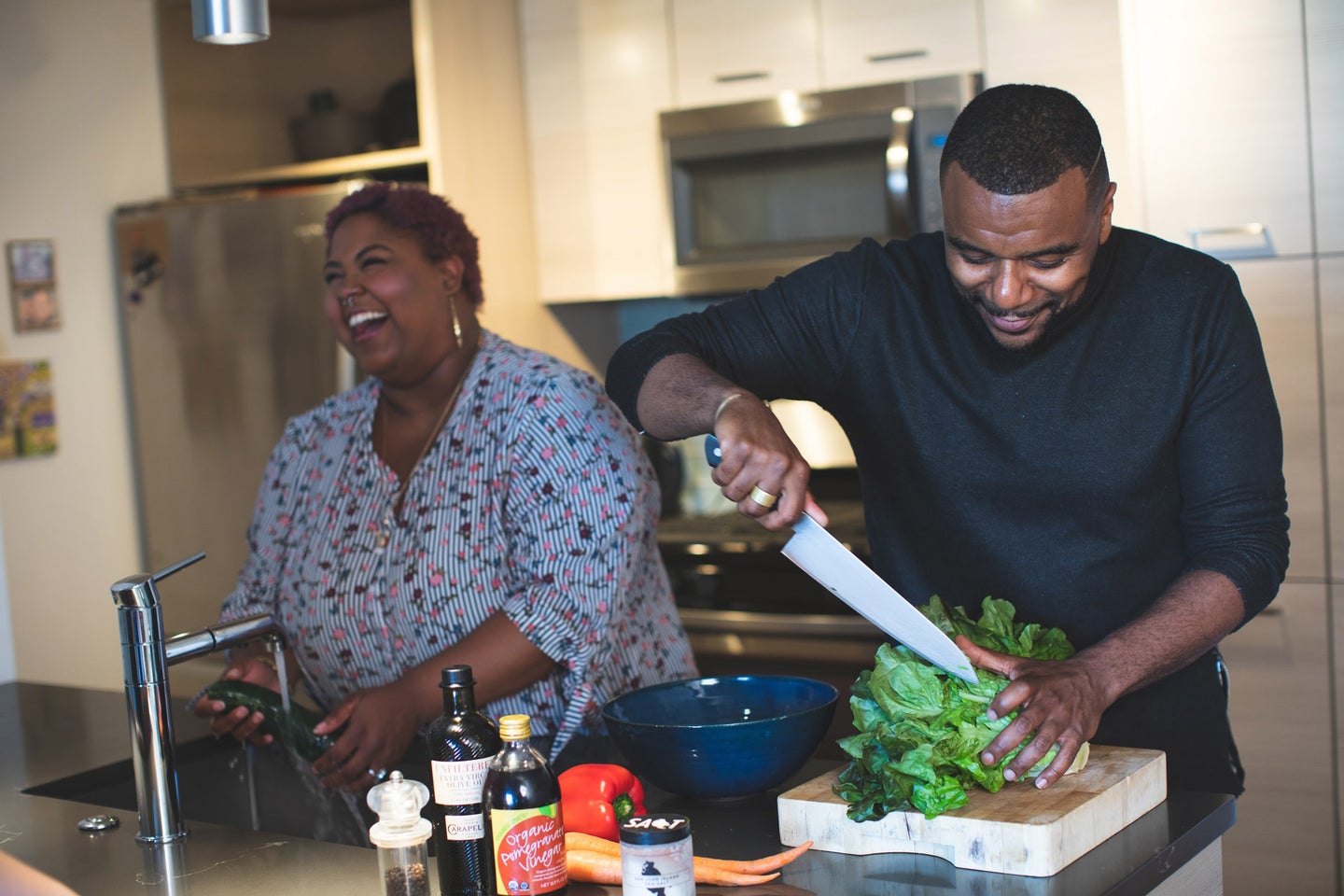 Mari Di Chiara has loved having her husband around the past few months while the couple, like many parents, worked from home while taking care of their son. “He’s definitely taken on more than 50 percent of the childcare and household chores, so I can continue to bring in the same level of income I was when we had full-time childcare,” says the digital marketing consultant from Atlanta.

Mari isn’t alone, according to a new paper published by the nonprofit Council on Contemporary Families. Researchers surveyed 1,600 parents in different-sex couples in mid-April and discovered that men are doing more around the house during the pandemic than they were before it. In most households, the division of housework and childcare has become more equal.

Prior to the pandemic, only 27 percent of parents reported sharing routine housework relatively equally. By mid-April, 42 percent of parents reported sharing housework with their partners. A tweet by one of the paper’s authors, Daniel L. Carlson, an associate professor in the Department of Family and Consumer Studies at the University of Utah, illustrates just how dramatically domestic duties shifted away from moms and toward dads during the pandemic.

Visualization of change in US parents' div of housework during the COVID-19 pandemic. 58% growth in equal sharing. Nearly half of those sharing equally had mothers doing most of the housework before the pandemic. Only 13% of couples went from equal shares to mother doing most 1/n pic.twitter.com/hAxKiGtDff

Dads also have been doing more hands-on childcare. Pre-pandemic, 45 percent of parents said they split childcare relatively equally. By mid-April, it shot up to over half, at 56 percent.

Like previous surveys, most notably one in The New York Times, this one also found big discrepancies between men and women when it comes to who they think handles more chores and childcare—but the results still show a shift toward more sharing, even when analyzing just women’s answers.

For many families, it’s an adjustment borne of necessity, especially for dual-earner couples where both mom and dad have been working from home.

“It’s a confluence of supply and demand,” Carlson explains. “Stay-at-home orders and the closure of non-essential businesses increased the demand for domestic labor as childcare and schools closed and people could no longer outsource housework. However, these same processes increased fathers’ presence at home because they lost their job, took leave or started telecommuting. With so much needing to be done and men home to see it, appreciate it and do it, it created a recipe for more egalitarian sharing.”

It might be one of the few good outcomes of the COVID-19 crisis: Though some research shows couples are increasingly likely to share domestic labor, moms still handle the bulk of childcare and housework, despite moving into the workforce in overwhelming numbers. The pandemic might have finally pushed more heterosexual couples into an egalitarian arrangement—but the paper’s authors aren’t sure if it will last.

There are reasons to be optimistic. “On one hand, research on paternity leave shows that men who are home when children are born do more around the house, and this elevated level of participation continues after they return to work,” Carlson points out. “On the other hand, part of men’s heightened performance right now may be due to their access to paid leave and telecommuting (41 percent of men in our sample are working from home exclusively). If that goes away when economies reopen we could see a reversion to pre-pandemic levels or worse, if childcare centers and schools do not reopen, a situation where women may take on even greater loads than they were carrying before the pandemic started.”

The key could be employers. “Research shows that many couples fail to craft egalitarian divisions of household labor in part due to unsupportive workplace-family policies,” the paper states. If more companies allow employees to work from home permanently, and offer other flexible work benefits, the gender revolution might finally hit home.