It's not exactly a secret that they make head injuries worse. 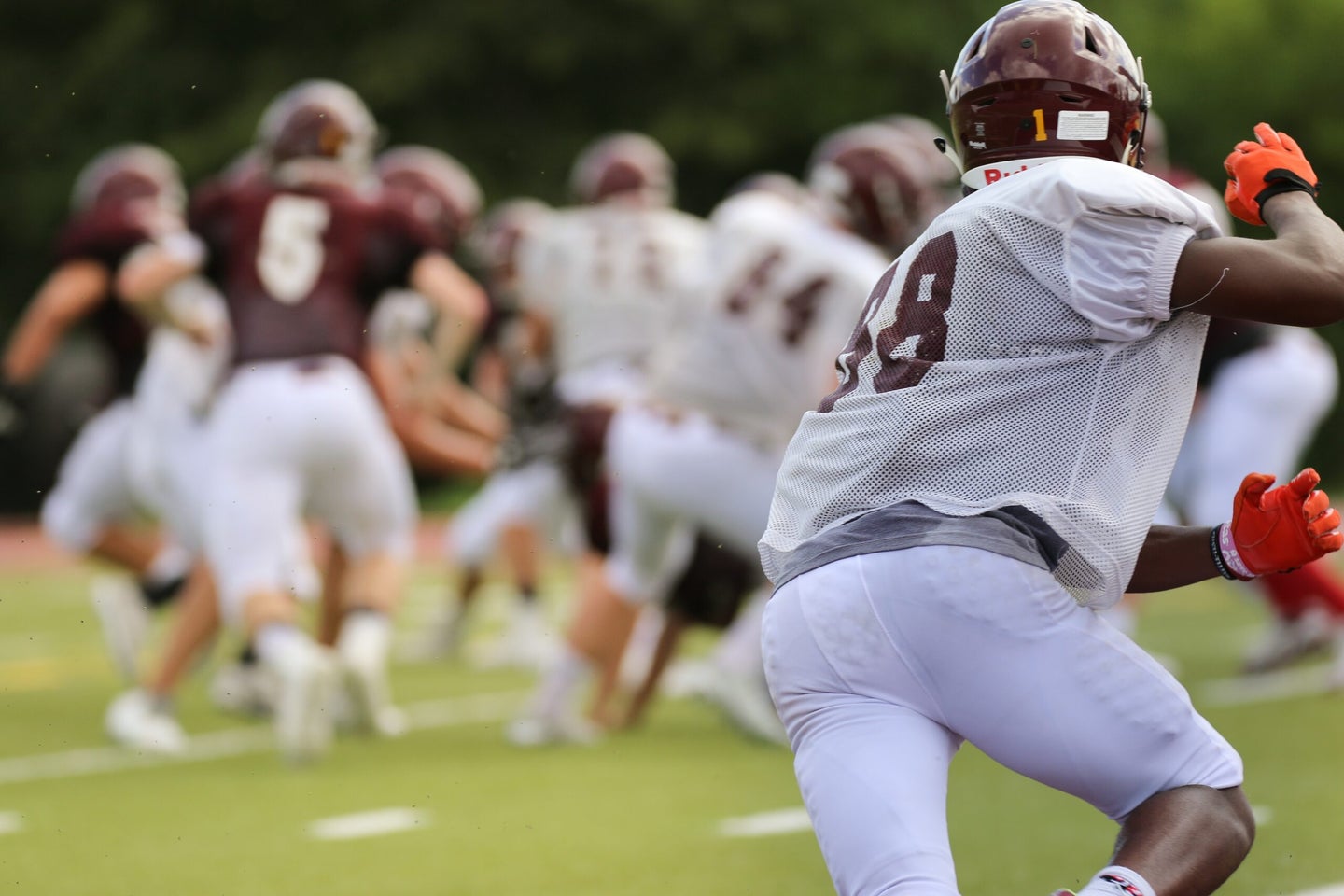 On Sunday, countless Americans will hunker down in their living rooms to eat chips and really good dip, socialize with friends, and of course watch the Super Bowl—the cumulative game for a sport that’s been drawing heavy criticism as of late.

Football is one of the most popular sports in America. But recently it’s come under fire from coaches, parents, and medical professionals alike for the contact sports’ tendency to result in concussions—not just in professional football, but in college and youth leagues as well. There’s mounting evidence that repeated concussions can lead to a condition called chronic traumatic encephalopathy (CTE). The degenerative disease can cause severe neurological problems including memory loss, confusion, aggression, and dementia.

Of course, players aren’t just slamming into each other skull-to-skull. They wear helmets, which one might reasonably assume cuts down on their concussion risk. Isn’t that the point?

Not exactly. And this isn’t news.

Researchers have known for years that helmets actually don’t do a great job of preventing concussions. In fact, most researchers agree they could actually have the opposite effect: wearing a helmet, studies suggest, can often make athletes more likely to use their heads as a weapon. A person is far more likely to actually protect their noggin if they go into a brutal collision without the false security of a helmet.

A helmet-less head has its own protective mechanisms. Cerebral spinal fluid surrounds each delicately squishy brain, and this liquid layer is often enough to protect the organ from various bumps. But a concussion occurs when the brain is accelerating extremely fast and then comes to a hard stop. At that point, the rapid change in momentum causes the brain to jostle inside the skull so much that the cerebrospinal fluid can’t protect it.

The padding that lines a helmet is meant to act as a sort of backup plan. In reality, it just doesn’t work that well. What this padding is really good for is protecting against things like face trauma and skull fractures. But studies show that the level of cushioning is not enough to protect against all concussions.

That’s not for lack of trying. In recent years, researchers have put effort into revamping the rating systems on helmets. A few years back, researchers Stefan Duma and Steven Rowson, both at the Virginia Tech-Wake Forest Center for Injury Biomechanics, found that the safety rating systems then on football helmets didn’t correlate properly with how well they actually protected the athlete. And in 2011, they came up with a new rating—the STAR system—meant to provide better consumer information.

It’s true, some helmets are better able to protect against concussions than others. A 2014 study (which looked at head impact data from 1,833 college football players who wore helmets with attached accelerometers) found that Riddell’s Revolution helmet reduced concussion risk by 54 percent when compared to the brand’s VSR4 model. This isn’t to say that we know the Revolution is the best option; the point was to show there are differences in how various helmets perform, and by studying those differences perhaps improve helmet design.

What can help prevent concussions?

Not playing football, of course, which is far from the most absurd idea on the planet. But the way in which players practice may also have a significant impact. Duma and Rowson have also shown, mostly through studies on youth football, that in many cases players sustained more concussions during practice than during the actual game. That makes sense—you spend more hours practicing than playing. But practice routines can be changed, and rules can be tweaked—especially when lives are at stake.