Superstition keeps a lot of Olympians from boinking. But what does the evidence say?

Many of the Olympic Village's 110,000 condoms likely went unused due to superstition. 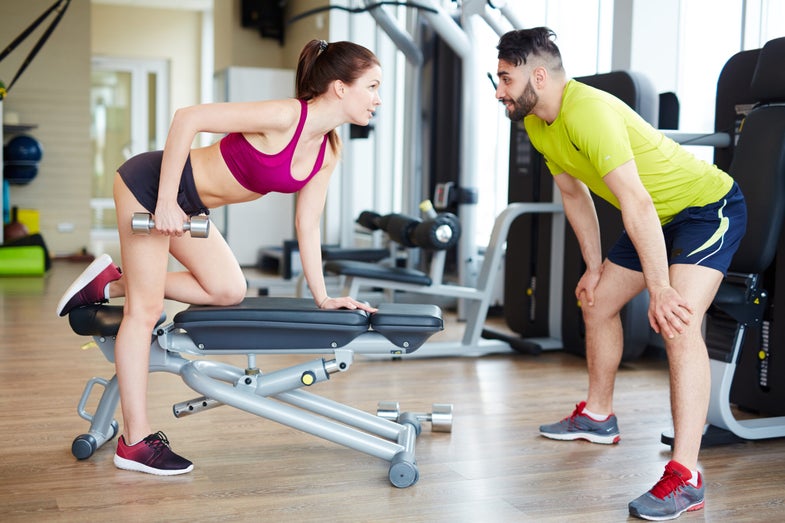 Consider, if you will, the Olympic Village. Close quarters. Dorm-like accommodations. Thousands of young, hot athletes at the peak of their physical performance. It’s no wonder that dating apps like Tinder light up the moment the Olympics begin… and that the Village has a reputation as a sort of sex Shangri-La.

But despite the condoms that reportedly litter the Olympic Village by the end of the Winter Games—a record 110,000, or 38 per athlete, were provided this year—many will go unused because of pre-game superstitions. Plenty of elite athletes abstain from sex before competing—even though there’s no scientific evidence to support their decision from either a physical or psychological perspective.

Supposedly, athletes who swipe left on sex before competitions have an advantage on the field. Theories vary as to the exact reason why. There’s the “people who have been told not to boink save up their aggression for the field” theory. There’s the “it lets athletes focus on their game, not how much game they have in the Olympic Village” theory. And there are various theories that once someone orgasms, they lose strength.

All three could potentially devastate performance, especially at the Olympics, where athletes often only have a single shot at a medal. And plenty of winter athletes do abstain accordingly. Chad Hedrick, who won a gold medal in Turin in 2006 and four other medals at the Winter Games, refused to get it on before getting on the ice, and in 2006, snowboarder Gretchen Bleiler told ABC News that she and now-husband Chris Hotell don’t have sex for a stretch before competing.

But the scientific evidence suggests all that discipline may have been in vain. In 2016, an international group of researchers conducted a systematic review of sex-before-competition studies. Their work, which was published in the journal Frontiers in Psychology, revealed serious issues with the existing data on the subject. It turns out there’s no across-the-board agreement on how to study whether sex affects athletes, and no two studies use the same methods. Since there aren’t multiple studies using the same method across different sports—and since sample sizes are tiny—there’s plenty of work to do before we can make any conclusions.

That said, the studies that do exist all suggest that sex doesn’t hurt—and could even help—sports performance. A 1968 study that compared men’s grip strength after abstinence and after sex found no correlation between the two. Over time, research became more complex. In a 1995 study, scientists tested men on a treadmill and measured their aerobic power, oxygen uptake, and other aerobic factors both after they’d had sex and after they’d abstained. Sex didn’t make any difference in their performance.

There is a catch, though: It might make sense to have sex the night before an event instead of, like, literally right before. In 2000, researchers compared the cardiac activity, testosterone levels, concentration, and heart stress of 15 elite athletes two hours and ten hours after sexual activity. When athletes had just done the deed, they took longer to recover from the stress tests than when they’d waited.

There could be psychological benefits to pre-competition sex, too—since sex can be relaxing and fun, it could improve an athlete’s performance just by giving their mood a lift. But the data is just too sparse to really create sex guidelines for elite Olympians.

All we really know is that athletes might want to wait a while after sex before showing up to their star event. But even that isn’t backed up by a huge body of research. And given that Olympians have some of the most fine-tuned bodies on Earth at the moment they arrive to compete, they might come to regret those lonely nights.

(Yes, most of the available data on athletic sexy-times focuses on dudes. That’s because scientific studies disproportionately focus on cisgendered men—and if sex is involved, those men are almost always heterosexual. We realize that not every athlete at the Olympics is a person with a penis in pursuit of a vagina, so we hope competitors of other persuasions feel equally empowered to get it on as much as they desire.)