The current state of the pandemic in five graphs

Some eight months into the pandemic, we rounded up some key takeaways in graphical form. 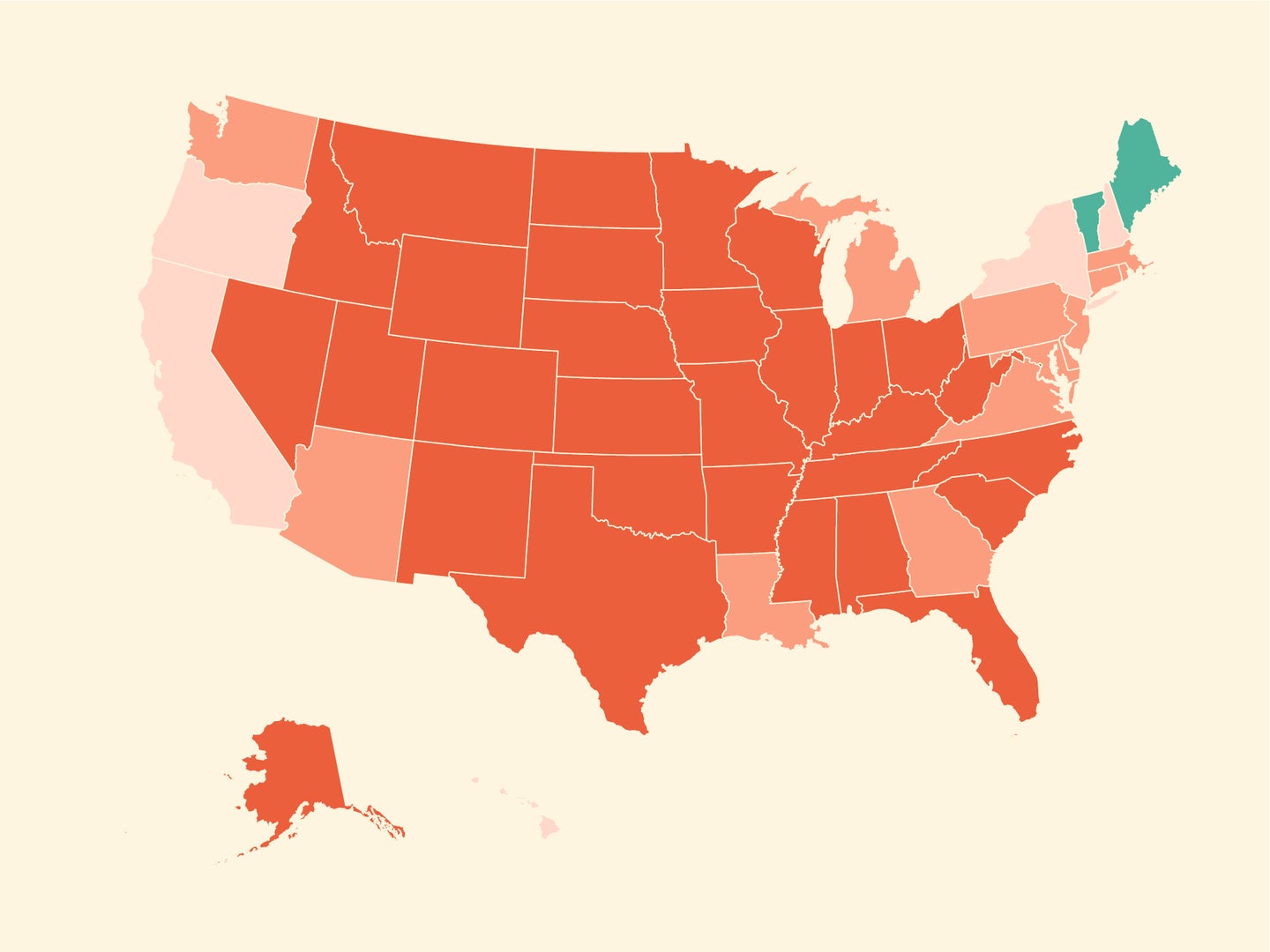 Approximately one eternity ago in April 2020, experts thought we’d see 100,000 to 200,000 COVID deaths. It’s now October, cases are rising yet again, and the Centers for Disease Control (CDC) recently estimated that we’re at around 285,000 deaths from both direct and indirect causes—and we’re just heading into what many fear will be the worst part of the pandemic.

The good news is that we know a lot more today than we did at the beginning of the year. We’re slowly figuring this virus out, and while there still aren’t many options other than masks and social distancing to prevent the spread of COVID-19, we are becoming better equipped to deal with it (though only if we actually listen to scientists). But we still have a long way to go. Here are some key takeaways now that we’re deep into the pandemic.

It was unclear in the first weeks after COVID-19 appeared just how fatal it would be, but it quickly became apparent that it would be deadlier than the flu. The numbers have born that out repeatedly, and yet there are still countless pundits claiming that it’s no more dangerous than the flu. That’s why the chart above is so important—it shows exactly how much more dangerous COVID really is. At its peak, the novel coronavirus was causing more than 10,000 deaths every week in the US alone, whereas even in serious flu years that number barely reaches 2,000. It’s likely that the influenza numbers are higher in reality because many flu deaths aren’t coded as such; they’re recorded as something more generic, especially if the death occurred outside of a hospital. But unfortunately that’s also true of COVID-19. Despite a ramp-up in testing, we are undoubtedly missing many coronavirus deaths in the grand tally.

And the reality is, we’re in for many more.

In no small part due to an administration that intentionally downplayed the threat from COVID-19 and actively worked against providing proper protective measures, the US has failed to contain the pandemic. There have been ups and downs—and we’re currently on one of the upswings. Case counts are rising in nearly every state, and COVID Exit Strategy, an organization run by a group of public health and crisis experts, has a less than rosy view of how things are trending. In most states, spread is uncontrolled. It’s trending poorly in most of the rest. Only in Maine and Vermont are things trending better.

Though COVID-19 is substantially more dangerous if you’re elderly or if you’re immunocompromised, it’s important to remember that the virus can be extremely damaging even for the young and healthy. Yes, most people will recover—but we’re still in the process of understanding how much long-term damage there might be.

A study from researchers in the UK who are following COVID-19 patients long-term to document their recovery processes found that a substantial fraction of adults end up with some kind of organ impairment. The 201 individuals were all adults with a relatively low rate of pre-existing conditions, yet organ impairment occurred in many of the patients—roughly one-quarter showed impairment in multiple organs. Though the severity was generally mild, the researchers note that organ impairment could be part of the basis for so-called “long COVID,” where patients continue to suffer symptoms for months after contracting the virus. And it’s unclear what impact this could have on these patients’ health long-term.

Of course, it’s still the elderly who are suffering the most.

An AARP analysis of data from the CDC and the Centers for Medicare and Medicaid Services shows just how many nursing homes are plagued by COVID. Most states have at least one-third of staff infected, and in states like Tennessee and Florida that number is upwards of 70 percent. Infections amongst staff also, unfortunately, mirror rates amongst residents. And these older adults are exactly the people we should be trying to protect. The elderly are more vulnerable to COVID-19 for a variety of reasons, from less robust immune systems to having other ailments that dampen their body’s ability to handle an infection. Unfortunately, as AARP notes, nursing assistants are paid poorly and often don’t have access to sick leave. They may be working multiple jobs. That means the people entrusted to take care of your parents and grandparents are too often not in a position to keep them safe from a virus like this.

But the reality is that a vaccine is still a long ways off. Projections that a vaccine would be available at the end of October were incredibly optimistic, and even if one became available tomorrow the national and state governments would need time to distribute it to everyone. And even then, the average adult is at the bottom of the priority list for who should get a vaccine.

Folks on the front line would be high priority to get a vaccine, since they’re at an elevated risk and are better able to help others if they themselves have some immunity. At least according to public opinion, kids with diseases that compromise their immune systems or otherwise curtail their ability to fight off diseases are next in line, followed by the elderly. Adults and children who are otherwise healthy (i.e. “at moderate risk of dying,” as the study phrases it) are all the way at the bottom.

This is the unfortunate reality of having limited vaccine supplies: not everyone is going to get one the day they’re available. It takes time and a lot of money to produce the hundreds of millions of shots we’d need to get the US to herd immunity levels. We shouldn’t expect this pandemic to end quickly even after a vaccine is available—and that means we’re in for a long haul.