Athletes with asthma tend to do better at the Winter Olympics

But it's not really clear where the advantage comes from. 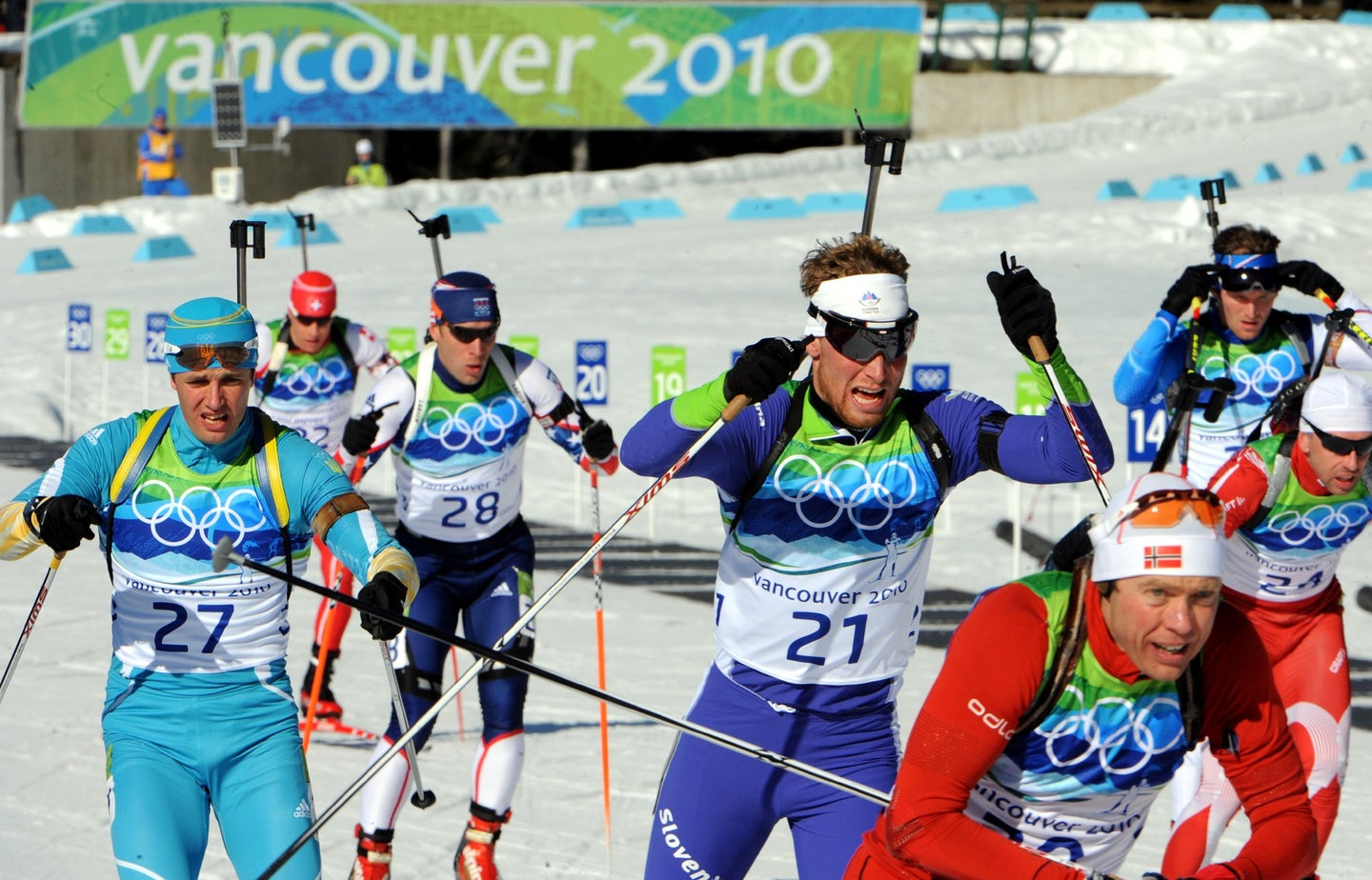 From cross-country skiing to speed skating, the Winter Olympics is full of breathless feats of endurance. And for a large number of Olympic athletes, the breathlessness isn’t just over who will win the next medal—it’s from asthma. But if you think the condition could hold Olympians back, think again: Athletes with asthma are more likely to win medals than their competitors.

Up to one in four winter Olympians have asthma, a condition that constricts the airways and makes it difficult to breathe normally. That’s no surprise to John Dickinson, a professor at the University of Kent’s School of Sport and Exercise Sciences. He’s studied asthma in elite competitors for years and says that the number of athletes with the condition can skew even higher in endurance sports: up to 70 percent in swimmers and 50 percent in cross-country skiers.

Endurance sports might attract athletes who have asthma, he says, but they can also cause breathing problems in and of themselves. Normally, people breathe through their nose, which warms and humidifies the air, filtering out gnarly particles and noxious chemicals along the way. But during endurance events, says Dickinson, most athletes temporarily turn into mouthbreathers.

“You get unconditioned air going into the airway,” he says. This, in turn, wreaks havoc on the lungs, drying out their air sacs and fueling inflammation. Asthma can result—and as his research with athletes shows, it often does.

These athletes manage to make it to the Olympics despite all that wheezing and coughing, and even outperform challengers without asthma. That’s especially true during the Winter Games.

Could athletes’ asthma inhalers explain their dominance? Dickinson has spent years trying to find out.

Consider a salbutamol inhaler, one of the most common types. (You may know it as albuterol or Ventolin.) It’s a beta-2 agonist inhaler that relaxes the bronchial passages, making it easier for people with asthma to breathe. In 1972, the International Olympic Committee banned it as a stimulant. The IOC went back and forth for years on whether to allow the inhaler, but eventually okayed it. Over 90 percent of Olympic athletes who applied for asthma exemptions between 2004 and 2008 used such devices.

“As long as you’re using the right inhalers, your lungs are as if you haven’t got asthma. You’re on a level playing field,” says Dickinson. But what if you take a huge dose? Could that skew the field in your favor?

It depends on whether you actually have asthma or not. Years of studies show little evidence that beta-2 agonists give an advantage to people without asthma. And in ordinary doses, they don’t provide an advantage to people with asthma, either. Asthmatic athletes that try megadoses of beta-2 agonist inhalers might get some kind of boost, but they would likely experience side effects—including a pounding chest and dizziness—that would make it hard to compete.

But what if you popped corticosteroids, which reduce inflammation in the chest, instead? “It’s quite an aggressive form of treatment,” Dickinson says, “but the gray area is that that level of steroid has been shown to reduce muscle inflammation. An athlete is going to feel better when they’re doing the sport and will recover faster.” But, says, Dickinson, “If your asthma is that bad, you probably shouldn’t be competing anyway.”

Since athletes must currently apply for a dispensation to take those drugs—including assessments by an independent panel—it’s unlikely they can slip through to the field undetected. Dickinson thinks athletes who need oral corticosteroids should be required to step off the field temporarily to recover and eliminate any chance of an on-field advantage due to their medication. With the help of researchers like Dickinson, the World Anti-Doping Agency is continually revising its standards not only to prevent inhaler doping, but also to protect the health of athletes with asthma.

There’s another reason people with asthma might do better in the Olympics: because they have to pay more attention to their breath. Even though exercise can induce asthma, it can also protect against bad attacks when sportspeople warm up properly. Techniques like nose breathing and the use of face masks can also help before competition.