Vaccines conquered smallpox and polio, but COVID-19 looks like a tougher battle

For starters, the US has barely reached 25 percent of its vaccination target. 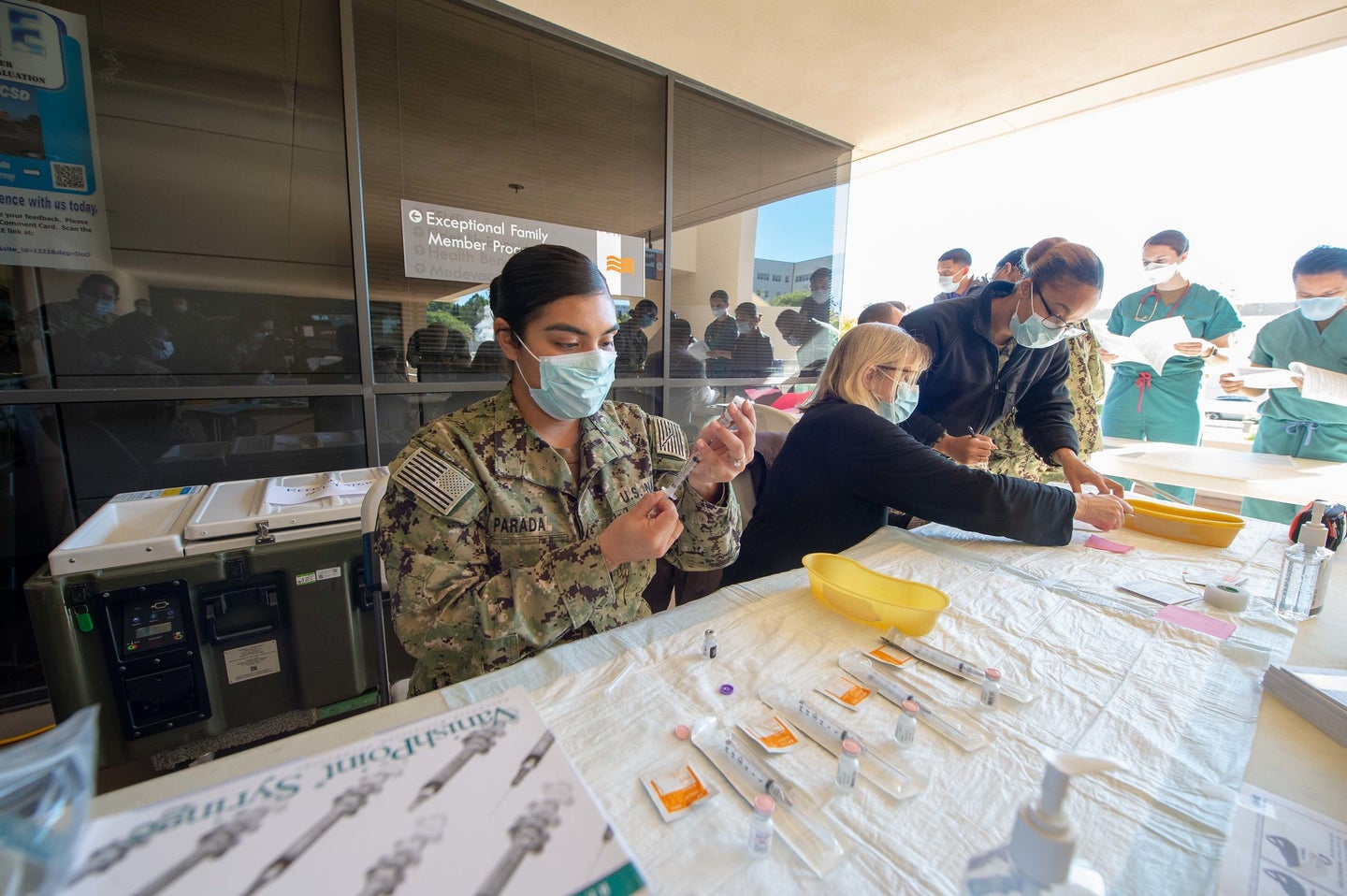 US Navy hospitals like this one in San Diego, California, were among the first to receive the COVID-19 vaccine back in December. In the past the military has helped to get large swathes of the population immunized quickly. Mass Communication Specialist 2nd Class Erwin Jacob V. Miciano/US Navy
SHARE

During the early days of the Revolutionary War, George Washington’s Continental Army retreated from Quebec after half of his 10,000 soldiers contracted smallpox. Afterwards, Washington did everything he could to prevent smallpox from spreading among the ranks—including infecting soldiers with live virus from pustules to give them a milder form of disease and build up immunity. This mass inoculation was a success, although 1 to 2 percent of soldiers still died after getting sick. The general’s quick actions showed Americans how beneficial immunization could be, setting the stage for a mass vaccination campaign against smallpox in the US in the 1800s.

Despite advances in medicine over the past two centuries, the country doesn’t seem more equipped to handle mass vaccination today with COVID-19, Paul Offit, director of the Vaccine Education Center at the Children’s Hospital of Philadelphia, told CNN recently. The country aimed to give 20 million people their first dose of the Pfizer and Moderna COVID-19 vaccines by the end of 2020, but only delivered it to slightly more than 3 million people. The pace picked up slightly in January, with 2.3 million more individuals getting their starter shot. In comparison, New York City vaccinated more than 6 million residents against smallpox in less than a month in 1947, averting a potentially huge outbreak. The city acted on its own to get the job done in time, where now it has to wait for the statehouse to sign off on who gets the shots and how. And while bureaucracy and technical difficulties are hindering the rollout nationwide, so is distrust of the science behind the drugs. About a quarter of the American public is still hesitant about receiving the COVID-19 vaccine, according to a survey from December. That includes health care workers, too: In California’s LA County, 20 to 40 percent of hospital staff refused to get vaccinated last month.

The public’s concerns are as old as vaccines themselves. After the invention of the smallpox treatment, some resisted it while, says Naomi Rogers, a professor of the history of medicine at the Yale School of Medicine. Others were concerned about access and equity, she adds. Public figures like Benjamin Franklin feared that not everyone could afford a physician, so he set up societies to immunize the poor. Health departments also went to great lengths to force the masses to vaccinate, sometimes using the police and military to finish the job. Vaccine resistance continued into the 1950s, Rogers says, when one US-based organization claimed that polio was caused by eating too much salt and sugar. Distrust in science, government, and the media blossomed again in recent years after British gastroenterologist Andrew Wakefield published a study that falsely connected the measles, mumps, and rubella vaccine with autism. The design and testing of the COVID-19 vaccine at “warp speed” has further fueled conspiracies.

But COVID-19 is also a different epidemiological beast than smallpox and polio—two diseases the US has eliminated through mass vaccination. The two historical viruses are ancient, so people had been living with them for centuries before the vaccines came around. Long before Washington inoculated his troops against smallpox, people in Africa, the Middle East, and elsewhere were applying the same method to survive the disease, Rogers explains. Similarly, babies may have gained immunity to polio from exposure to small amounts of the virus in contaminated water. COVID-19, on the other hand, is a novel disease derived from a more lasting class of viruses. Humans have little to no immunity to it, and vaccination is crucial to stopping its spread.

Even after everyone in the US who wants the vaccine gets it, COVID-19 will probably persist, in part because there’s no global plan for stemming the virus. With coordination across borders, the World Health Assembly declared smallpox eradicated in 1980, and there have been no cases of polio in several countries in the past few decades. But eradication of COVID-19 could be impossible for several reasons, according to a letter in The Lancet published last fall. The authors cited the fact that the virus spreads through non-human hosts and is asymptomatic in about 20 percent of those infected. For those reasons, many public health experts think that COVID-19 will likely come and go in waves like the flu. Unlike with smallpox, vaccines won’t signal the end of the virus—it will possibly just weaken it so that it feels like the common colds people have come to expect each winter.