Not enough people would elect to get vaccinated to create a protective herd immunity effect, a survey suggests. 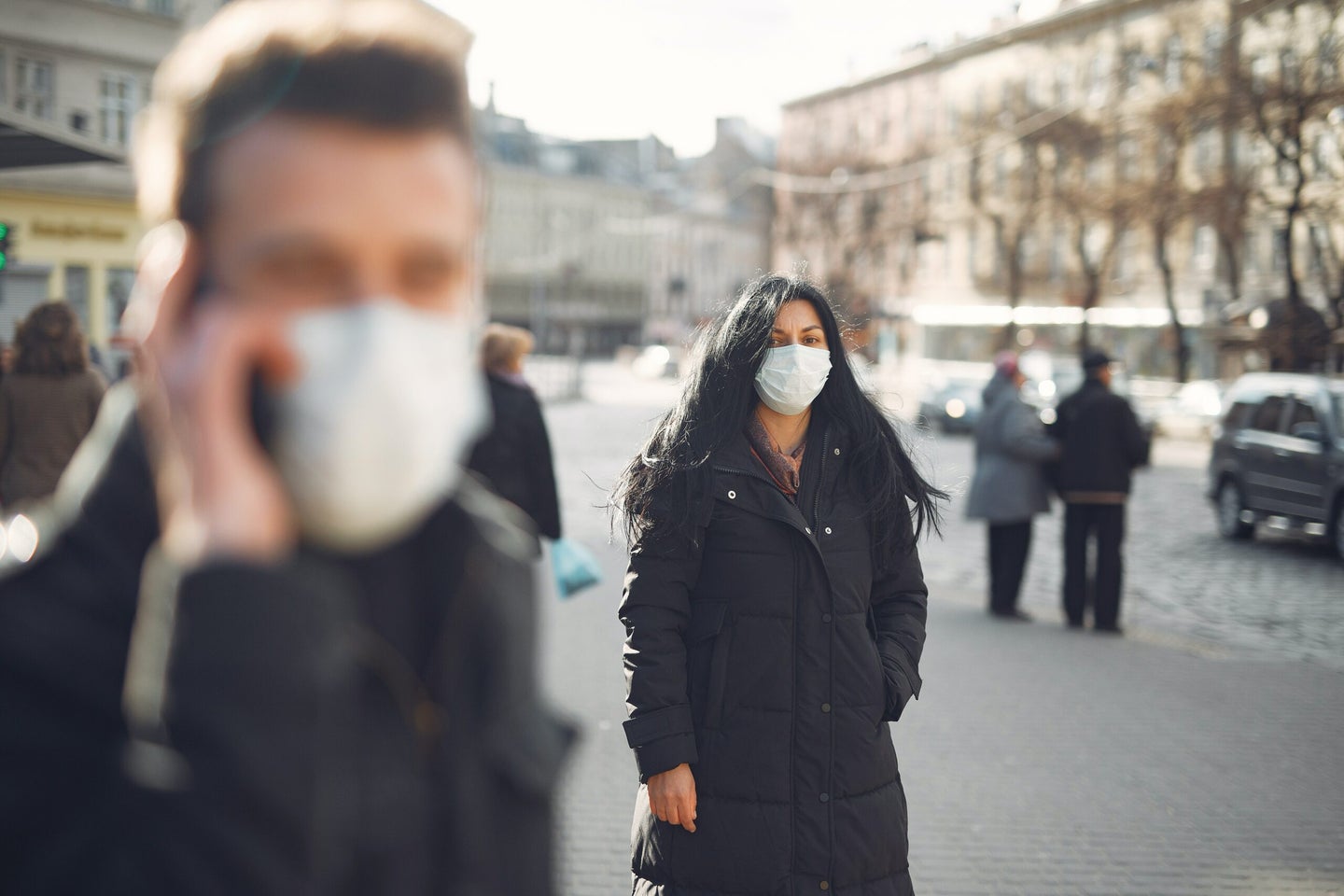 Masks won't be enough to protect us from COVID-19 in the long term. Gustavo Fring/Pexels
SHARE

Follow all of PopSci’s COVID-19 coverage here, including a state-by-state breakdown of infection rates and the adverse effects of hydroxychloroquine.

There aren’t many lights at the end of the COVID-19 tunnel, but one of the few is a potential vaccine. Researchers around the world are rushing to create something that would help us return to normal life, and though most of the best estimates put a vaccine’s release in 2021, the plan may already face a major challenge: Not enough people will even get the vaccine.

A new poll run by the Associated Press-NORC Center for Public Affairs Research found that of 1,056 Americans who were randomly surveyed, just 49 percent say they’re planning to get vaccinated if a COVID-19 vaccine becomes available. Another 31 percent said they weren’t sure, and 20 percent said they weren’t planning get the shot. It’s too early to know exactly what percentage of people we’d need to achieve herd immunity for COVID-19, but it’s likely to be somewhere between 70 and 90 percent. Even lower levels would certainly help—fewer potential carriers would make it harder for SARS-CoV-2 to spread from person to person—but it won’t stop the pandemic altogether.

These herd immunity estimates are actually pretty much in line with the breakdown of Americans who think that a vaccine is an important criteria for states to re-open: 79 percent, which is about as much as the total of those who say they’d get vaccinated and those who are unsure. A little less than half of people, 46 percent, say it’s “essential.” Oddly, only 65 percent of those who said a vaccine was essential for re-opening also said they would get immunized.

It’s not clear exactly why this disparity exists, but it seems that most people who say they’d get vaccinated are doing so out of concern for themselves and their family members. Community protection is still a high priority, though lower on the list.

Of those who say they wouldn’t get a coronavirus vaccine, more than 40 percent said they would be concerned about getting COVID-19 from the vaccine itself, which is scientifically not a possibility. Modern vaccines don’t contain live viruses that are able to infect humans, and there’s no reason to think that a coronavirus vaccine would be any different. Nearly a third of people said they just didn’t think vaccines worked very well. It’s true that some vaccines do not work very well—the flu vaccine is a great example. Often it has around a 40 percent efficacy rate, and the influenza virus mutates so quickly that we have to make a new vaccine every year. But even setting aside the fact that the vast majority of other vaccines work extremely well—to the point that we’ve used vaccines to eradicate one disease (smallpox) and nearly eradicate another (polio)—we have to remember that even relatively ineffective vaccines help us combat a virus. People who get the flu vaccine are less likely to get seriously ill from the flu, even if they still get some symptoms. The same may be true for a COVID-19 vaccine.

The most common concern cited by far, though, is one that some people express about every vaccine: potential side effects. Again, it’s absolutely true that there are some side effects to vaccines. But in the vast majority of cases, these are minor reactions. Often they’re symptoms that mimic the disease itself, like a fever, since the body is mounting an immune reaction against the virus—that’s how vaccines work, after all.

More severe side effects are very rare, though they do happen. Like all medicines, vaccines are not 100 percent safe. But the key fact is that the benefits greatly outweigh the risks. We create vaccines to protect us against infectious diseases that cause us significant harm, both individually and at a population level. A vaccine doesn’t have to be absolutely perfect to be a net positive, because the reality of letting a disease like COVID-19 or measles or hepatitis spread unchecked is dire. Of course, this all means that we’ll have to test these new vaccines rigorously to make sure they meet our safety standards. But when a vaccine does emerge, it’s likely to be our only path toward a somewhat normal life.