Skip the polar plunge and get some sleep instead 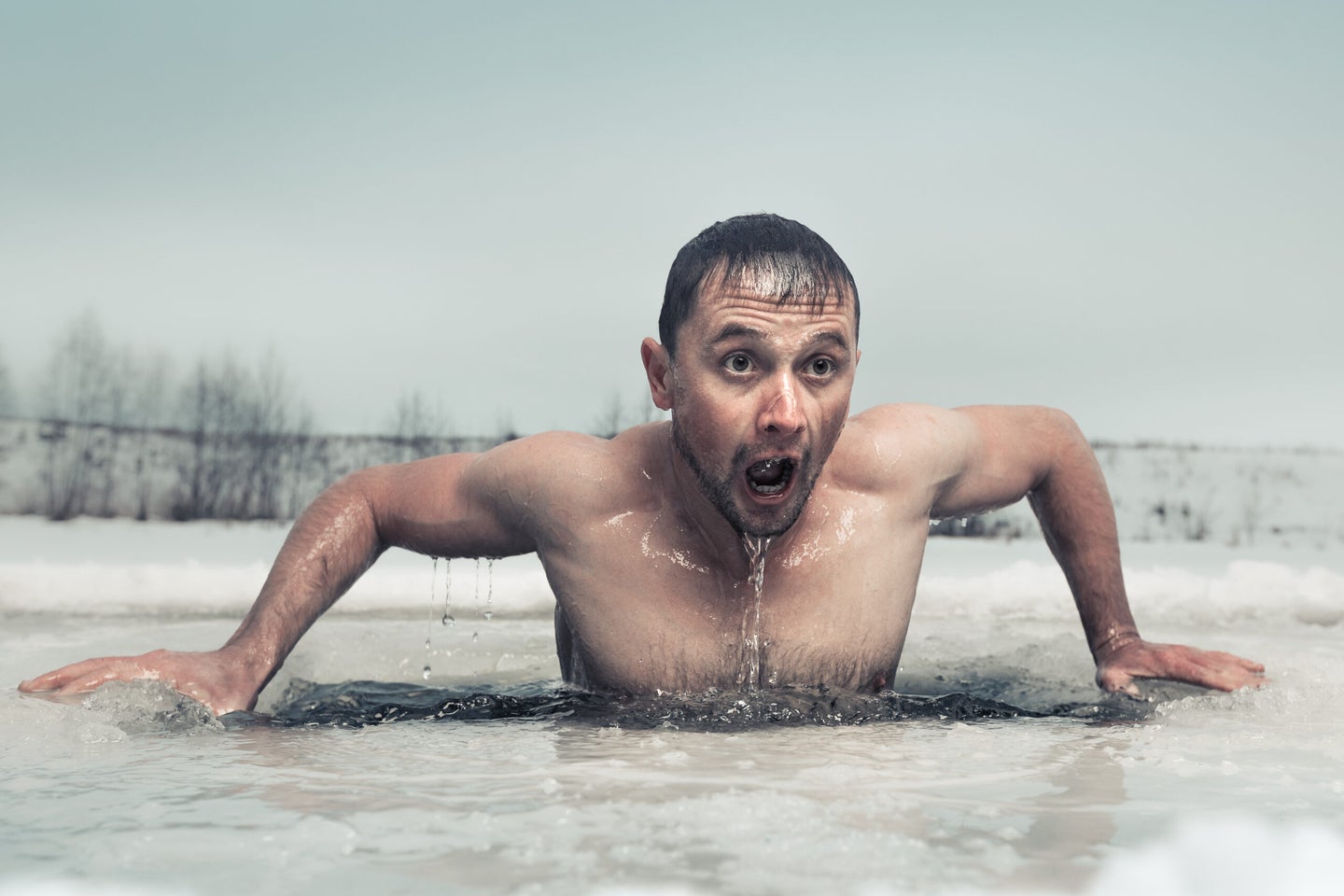 Working out isn’t always for the faint of heart. Intense cardiovascular exercises and lifting sessions can give way to the dreaded delayed onset muscle soreness (DOMS)—that stiff, can’t-walk-down-the-stairs muscle pain that manifests a day or two after hitting the gym. To offset the pain, many athletes turn to the time-honored tradition of plunging into ice cold water baths.

For a long time, athletes, coaches, and researchers alike all thought that the suffering that ensues during an ice bath was well-worth the benefits to their muscles. The idea was that the intense cold would alleviate the swelling associated with DOMS, thus soothing the muscles. But over the past few years, the science behind ice baths has become rather murky. Despite many athletes swearing by its benefits, there’s little physiological evidence to suggest it does all that much for your muscles. This week, another study backs that up: In the Journal of Physiology, researchers found that when a group of athletes used ice baths after exercising, it actually stalled muscle regeneration, a key component to building and maintaining muscle.

As you workout you create small amounts of muscle damage, which prompts your body to rebuild those areas, larger and stronger. But two side effects of this muscle damage are pain and a tiny bit of swelling (probably unnoticeable to the everyday gym-goers). Ice water reduces body temperature and, as a result, also reduces blood flow, swelling, and inflammation. Reducing inflammation was long thought to be a good thing for muscle recovery. But recent studies have found that lowering the amount of inflammation (and thus swelling) actually hinders muscle growth. That’s because the swelling itself is essential for proper muscle recovery—it brings blood flow and essential nutrients to the needy muscles.

In this recent study, researchers had 12 young men in their early 20s undergo two experiments. In the first, the recreational athletes (as they described themselves) came to the lab and drank a carbohydrate solution (not having enough energy prior to exercise could impair muscle recovery) and had infusions of phenylalanine and leucine (amino acids involved in muscle production). Next they performed a resistance training exercise and, once finished, put one leg in ice water and one leg in lukewarm water. The researchers then took muscle biopsies right after the water treatments and again five hours later. This was all to get a baseline of how the participants responded to exercise. In the next experiment, the same 12 participants underwent 2 weeks of resistance training, where each session was followed by an ice bath for one leg and no water for the other. The researchers again took muscle biopsies, this time two hours after the ice baths.

What they found was that the leg that got cold water post-exercise took in fewer amino acids than the one that didn’t. Subsequently, the cold water leg had less muscle protein synthesis. While the study was relatively small and exclusive to young white males, its conclusion supports with what other studies have also found: That ice baths actually hinder muscle recovery. Many of the other studies that have measured muscle recovery often only asked participants to rate their pain and recovery levels, which can be extremely subjective. By taking muscle biopsy samples, the researchers in this study were able to more definitively understand how cold water influences muscles recovery.

So why do athletes keep using them? The answer is simple: They feel good. Pain, not muscle damage itself, typically drives people to use recovery methods, Nicole Dabbs, a kinesiologist at California State University, San Bernardino told Popular Science. She says that if it wasn’t for this delayed onset muscle soreness, we probably wouldn’t even have all these crazy muscle recovery methods, like ice baths, cryotherapy, and even foam rollers to an extent. It’s easy to judge when a tactic alleviates pain, and a lot harder to tell how much it affects something as complex as athletic performance.

But all that being said, pain does matter. The more pain you are in, the less likely you are to exercise. So there might still be a place for the beloved ice bath. While the regular regimen of using ice baths after intense exercise might be ill-advised, using it once or twice as a treat is probably harmless—and potentially worth the cold for the pain relief.