His body hasn't rejected his new face, and he can see again

If you saw Patrick Hardison walking down the street, you probably wouldn’t give him a second glance. That’s a big change from his life just over a year ago.

“I guess you all want to know how I”m doing. Well I’m happy to tell you I’m doing great. I like to tell people I’m the same old Pat,” Hardison said Wednesday in a press conference at NYU Langone Medical Center, where the procedure was conducted last August.

In the years after the injury and before the transplant, there were lots of normal functions he couldn’t do on his own. Since he had trouble inhaling through his nose and mouth, he needed a breathing tube in his trachea; he couldn’t open his mouth to eat, so he used a feeding tube. His ears had burned off so prosthetics helped him hear. Without eyelids to close his eyes or blink, Hardison’s vision was quickly deteriorating, and he had trouble sleeping. So while Hardison’s life wasn’t in danger once the burns had healed, the transplant would greatly improve the quality of his life. 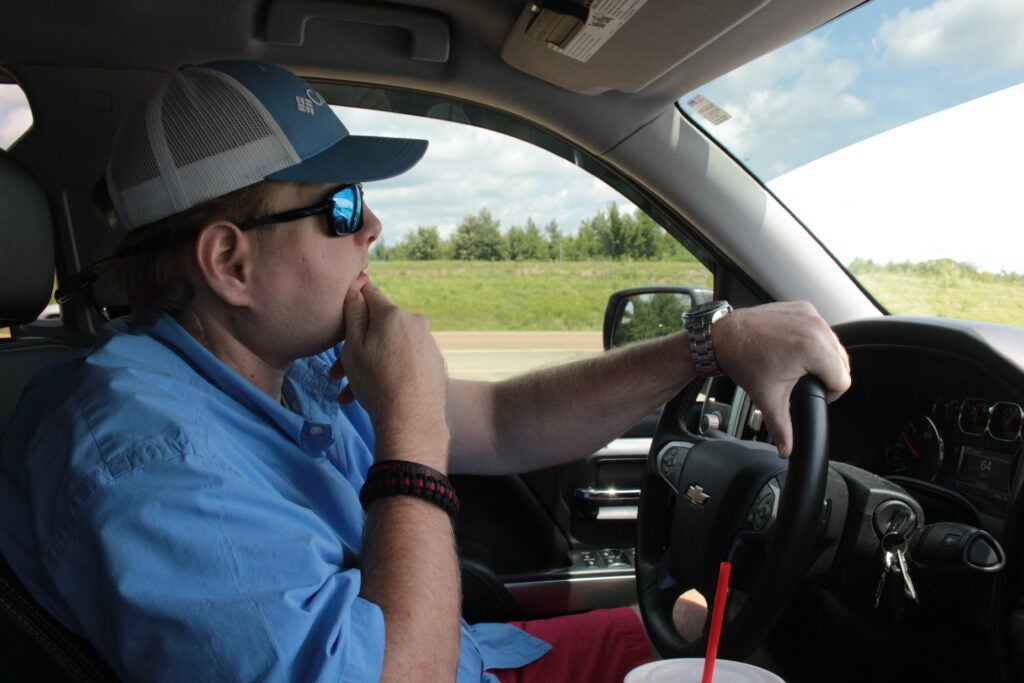 Pat Hardison driving his truck in Mississippi in July 2016. The surgery provided him with eyelids, which enabled him to blink and retain his vision.

Hardison is one of about 40 people that have received facial transplants since the first one was done in 2005. Most of the patients referred to facial transplant centers can receive reconstructive surgery, Eduardo Rodriguez, the chair of the plastic surgery department at NYU Langone Medical Center who coordinated Hardison’s transplant, said at the press conference, presumably because their injuries are not as severe as those patients who need full-blown transplants. Facial transplants are also rare because they are not easy to do; for Hardison’s surgery, more than 100 surgeons coordinated two side-by-side procedures—the removal of the donor’s skin, scalp, and small bits of bone on the chin, nose, and cheeks, and then draping and attaching them to Hardison’s face. The operations took a total of 26 hours, and the NYU team practiced for a year to get it right, according to Reuters.

In the year since the transplant, Hardison has fared better than his doctors could have expected. He’s had four smaller surgeries since, to tweak his eyelids and mouth, and to remove the breathing and feeding tubes. Most notably, his body has shown no signs of rejecting the new tissue, a risk with any transplant but especially one that involved so much tissue. Rodriguez attributes the lack of rejection in part to Hardison’s strict adherence to the medical protocol—he takes his immunosuppressants as he should (in fact, his doctors have dramatically lowered his dosage in the past year), and he is careful in the sun, since sunburn can trigger rejection. The other reason for the transplant’s success, Rodriguez says, was the careful selection of the donor to match Hardison’s blood type and immune cells called antigens, along with his skin tone and hair color. 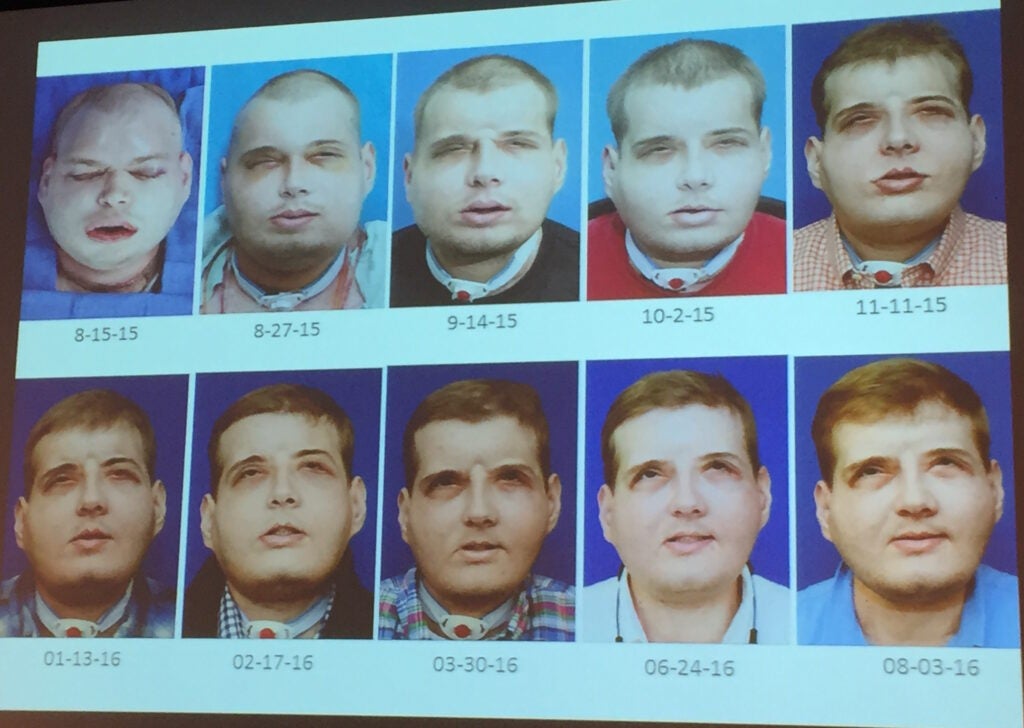 Patrick Hardison’s progression over the past 12 months.

Hardison has been “busy living” this year, he says. The eyelids have improved his vision so that now he is more independent, doing things like driving his own truck and working out several times per week. Closing his eyes has allowed him to sleep better at night. This year, he took his five kids on vacation to Disney World, and went swimming with them for the first time in 15 years. He can eat on his own again—he’s gained about 30 pounds, he says. He looks forward to rejoining the work force, maybe even as a motivational speaker to help others with injuries like his. This fall he plans to meet the family of his donor, David Rodebaugh, who was 26 when he died during a bike accident.

To doctors like Rodriguez, Hardison’s success shows that similar procedures are possible for other patients with severe facial injuries. That could have a big effect, since facial injuries in particular can have huge psychological repercussions, often resulting in anxiety and depression and putting them at high risk for suicide. Though the procedures are still prohibitively expensive for most people, the Department of Defense and some transplant centers are coordinating with insurance companies to make facial transplants more economically feasible, according to an NYU press release.

Hardison may still have a rejection episode—Rodriguez is “always” worried about that, he says, though the risk of rejection is much lower after the first year. Hardison may have a few more small surgeries to tweak his face as he gains more function, but not for the next 12 months. And Hardison will have to continue to adapt psychologically to his new face. “This is not an on-off switch, this is an adaptive process,” Rodriguez says.

Even though Hardison has years left in his recovery process, he’s happy in his new face and with the independence the transplant has given him.

“Years ago, I had no hope…to have any life other than what I had,” Hardison said. “To have hope, it’s amazing, it’s something that I never thought. Now that I have it, I can hope to help those guys [veterans] and show them that life will be better.”