Genetics might explain why some people get severe COVID-19 and others don’t. 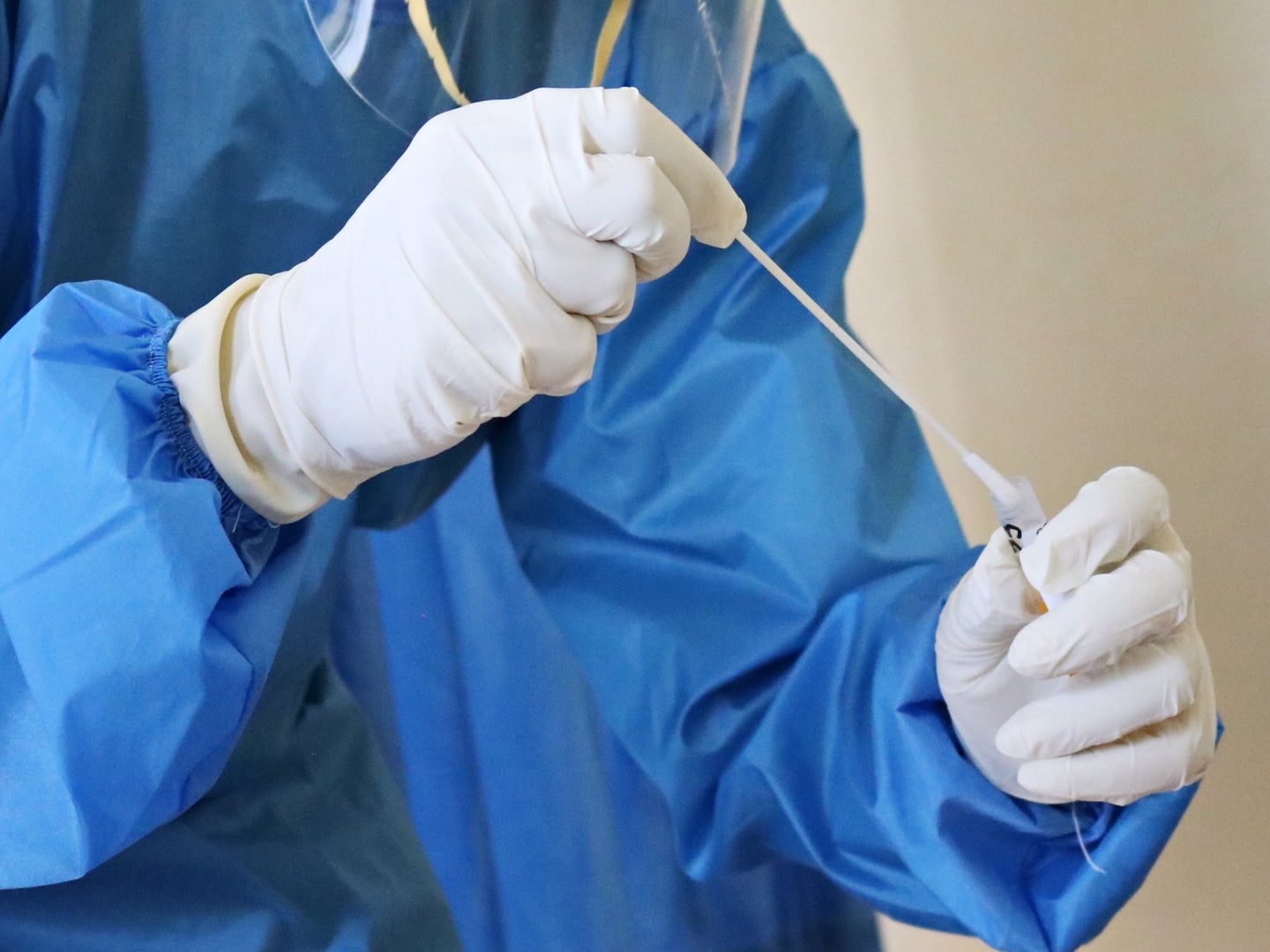 Using a massive database of genetic information, researchers at the Beth Israel Deaconess Medical Center in Boston identified a genetic variant that the scientists think influences how the immune system responds to COVID-19. Unsplash
SHARE

Among the most baffling pieces of the COVID-19 pandemic is how the disease presents: While some people who contract the illness are totally asymptomatic or become just a little sick, others become profoundly ill. Researchers haven’t yet been able to pinpoint exactly why some people experience severe bouts of COVID-19 while others come away mostly unscathed (at least as far as we can tell for now), but if doctors can find out why severe COVID occurs, they might be able to better treat it. And our genetics could hold some answers.

Using a massive database of genetic information, researchers at the Beth Israel Deaconess Medical Center in Boston identified a genetic variant that the scientists think influences how the immune system responds to COVID-19. They published their preliminary findings last week in a letter in The New England Journal of Medicine. This association hasn’t been confirmed yet, but it is a step towards explaining the mechanics of how some people get much sicker than others.

To do this research, study author Robert Gerszten, chief of cardiovascular medicine at Beth Israel, and his coauthors relied on research from earlier in the year that identified a specific genetic variation in the area of the genome that codes for blood type. Those in the study population who were sickest with COVID-19 all shared that same variation. The team then turned to a preexisting and diverse database of genetic information from nearly 5,000 people. They identified that people in the database who had that specific DNA shift also had a significantly higher number of a type of immune protein called CD209.

Also known as DC-SIGN, CD209 is found on the surface of dendritic cells, an essential part of the body’s immune system. Although it hasn’t been proven yet, it’s likely that this protein gives the SARS-CoV-2 virus “more to latch onto and to wreak its havoc in individuals,” Gerszten says. Researchers knew from previous investigations into SARS-CoV (known as SARS), the virus behind the 2001 outbreak, that CD209 (DC-SIGN) played an important role in determining how severe an infection someone had.

CD209 seems to be more prominent in certain populations, Gerszten says. And that might tell scientists something about why some people get so much sicker. “It looks like people who have more of this protein in their body…or particularly on specific types of white [blood] cells, there’s more binding of this virus in these individuals,” Gerszten says, which leads to more viral particles being made. However, this will have to be confirmed in future research.

The database Gerszten and his team used was originally developed to look at cardiovascular risk factors prior to the COVID-19 pandemic. It contains information about a huge number of proteins and other chemical traces found in the blood of a variety of different kinds of people. However, it doesn’t contain information about COVID-19 specifically, because the pandemic had not begun when it was assembled.

Still, this role for CD209 (DC-SIGN) has a lot of evidence behind it. Earlier on in the pandemic, Adam Brufsky of the University of Pittsburgh’s Department of Medicine and a colleague authored a commentary in the Journal of Medical Virology observing that CD209 (DC-SIGN) might play a similar role for SARS-CoV-2 as it does in SARS.

“This is clearly a disease where there’s abnormal immune response,” Brufsky told Popular Science this week. Gerszten’s recent work adds credence to this theory, Brufsky says. “By looking back at SARS, you can get some good idea at how SARS-CoV-2 behaves.”

As researchers begin to get a better sense of the molecular dynamics behind severe COVID-19 cases, they can hopefully begin to develop drugs that target those vulnerabilities. But before that, says Gerszten, more research is needed to confirm and better understand how SARS-CoV-2 and CD209 (DC-SIGN) work together. He and his colleagues also found other proteins that might be of interest, and are continuing to explore how the genome of COVID-19 patients shapes their outlook.