It’s never too late to get active. 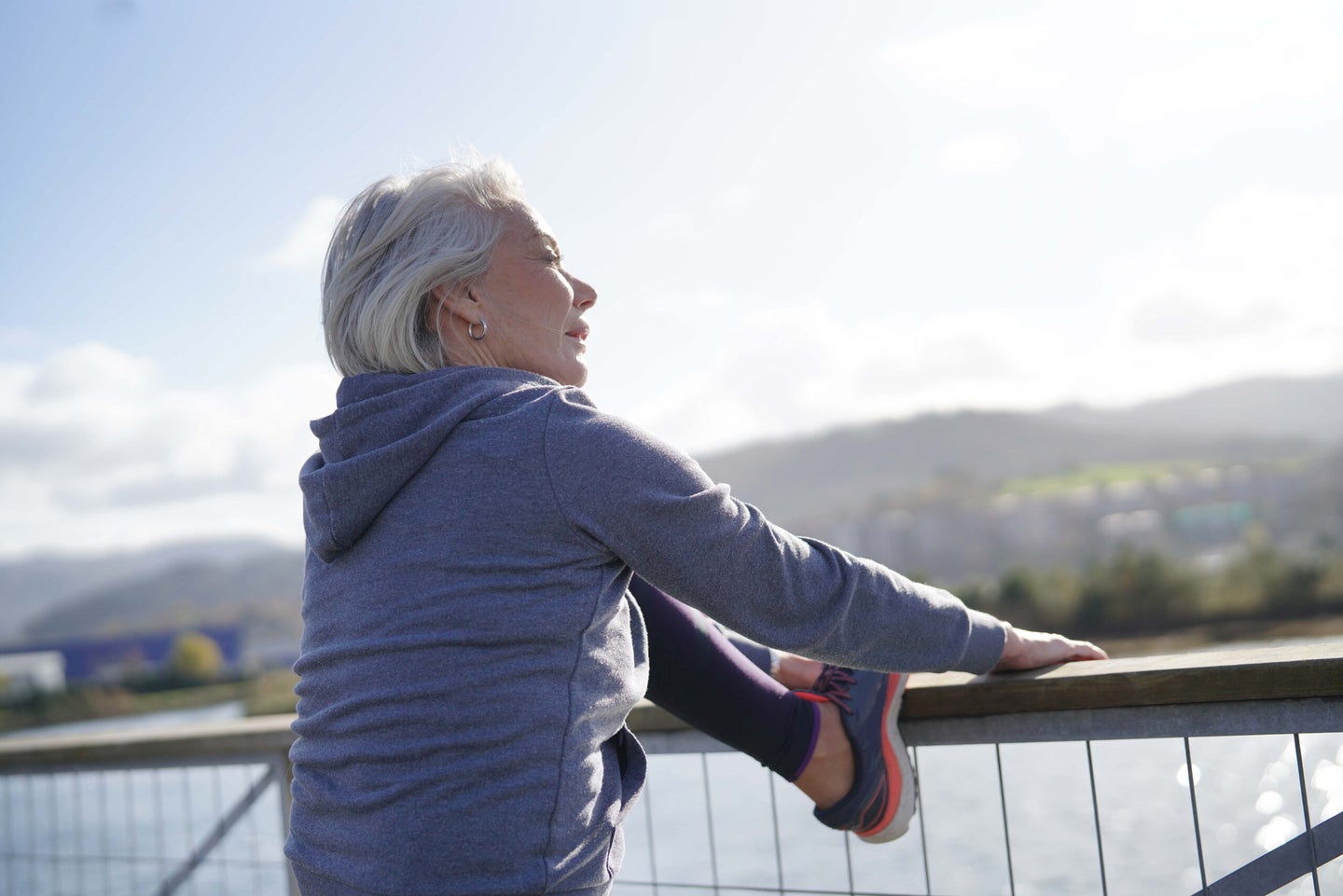 If you weren’t active in your youth, it’s easy to feel like you’re starting off at a disadvantage. Maintaining fitness is so much easier than gaining it, and It’s painful to feel like you’re the only one struggling at the gym. If you’re in your 40s or 50s and looking to get fit for the first time, you might wonder if it’s even worth the effort.

A new study suggests it is. People who start exercising later in life—and yes, we mean as late as your 50s—reduce their mortality risk just as much as people who’ve been exercising their whole lives as compared to folks who are completely sedentary. What’s more, in this new study that held true regardless of how a person’s BMI fluctuated throughout their lives.

The study, which was published in JAMA Network Open, shows how powerful exercise is and why it’s so important to be active late into your life. Researchers looked at 315,059 participants in total and separated them into three basic experimental groups: those who were active throughout their lives, those who were inactive as youngsters but became active as they got older, and those who were active youths who became less active in their later years.

It shouldn’t surprise you to learn that the folks who got regular exercise throughout their lives fared pretty well. Compared to the control group, who had never been active, people who got 2-8 hours of exercise per week had a 29 to 36 percent reduced mortality risk (meaning they were that much less likely to die during the course of the data collection). Folks who got just one hour a week still reduced their risk, but only by 16 percent.

But the researchers write that even they were surprised by how much adults who got into the exercise game late were able to reduce their mortality. Those who upped their activity in their 30s, 40s, and 50s has mortality rates 32 to 35 percent lower than the control group—just as much as those who exercised from adolescence straight through their 60s. That was true even after researchers factored in whether people smoked, their educational level, race, alcohol consumption, diet, and several other confounders that would influence mortality and could correlate with physical activity level.

Meanwhile, people who started out quite active but became sedentary as they got older lost nearly all of the benefit of that early activity. Their risk reductions were only about 8 to 14 percent.

Of course, regardless of how thorough their methods are, studies like these are always going to come up a little short. These are correlations. If we wanted to really prove that working out causes a lowered mortality risk, we’d need to take a large bunch of 15-year-olds and assign them a certain amount of exercise to perform per week at every age, follow them until they died, then figure out which groups fared the best. But no one’s going to do that. Instead, we do big studies like this repeatedly and compare them to other big studies to see if we consistently find the same answer. Though there haven’t been many studies covering such a long period of time, there have been a few that looked at late-life exercise—and they found largely the same thing. A 2009 study in Sweden found that men who started exercising in their 50s had comparable mortality risks to those who exercised consistently. This 2003 study from Denmark found similar results in both men and women. A 2017 study found that, though people who maintained high levels of activity fared the best, that people who increased activity later in life still reduced their cardiovascular mortality risk by 25 percent.

It’s always going to be difficult to know precisely how much you can improve your health by starting to exercise, but it’s clear at this point that no matter your age or BMI, getting more active will help you. Any amount is a good amount, and a little is always better than nothing. So get moving any way you can.