Folic acid might actually reduce the risk of autism 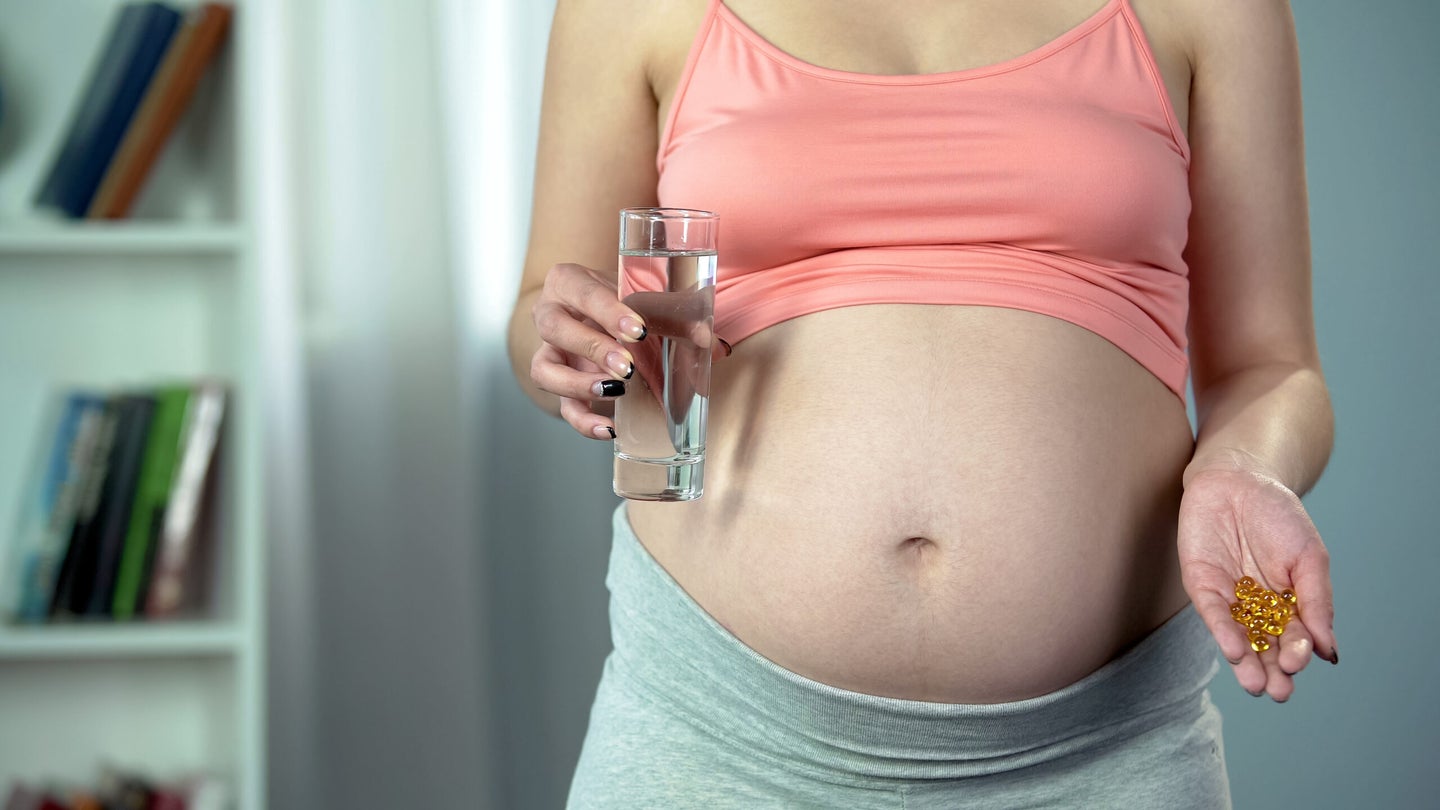 Folic acid has long been touted as an important prenatal vitamin to help prevent certain birth defects. Recent studies are now suggesting it could reduce the risk of another disorder: autism.

The humble B vitamin has been linked to a lower risk of autism spectrum disorder (ASD) for years now, but a new study in JAMA Psychiatry has provided more evidence for the association. Researchers at UC Davis zoomed in on a group of children whose older siblings already had an autism diagnosis. These kids are considered to be at a higher risk of developing the condition themselves, and the study is the first to look at this subgroup in this context. Across 241 kids, 14.1 percent of those whose mothers took prenatal vitamins during their first month of pregnancy went on to develop autism, versus 32.7 percent amongst the group whose mothers didn’t take the vitamins.

Other studies have found similar conclusions when studying other mothers who take folic acid during the key early months of pregnancy, generally arriving at a risk reduction of the newborn developing autism at around 40 percent. These are, of course, only associations—and that’s part of the challenge of studying environmental factors like vitamin use. Since we already know that folic acid supplementation helps stave off defects in the fetus’ growing neural tube, it would be unethical for physicians to conduct a far more conclusive double-blind study where one group of mothers received folic acid and the other a placebo. That leaves researchers to simply tally the number of autism cases and compare them to their mothers’ folic acid intake.

But this study’s narrow focus on high-risk children helps bolster the conclusions. “It makes me more confident that nutrition near the time of conception plays an important role in the etiology of ASD,” says Joseph Braun, an epidemiologist who studies neurodevelopmental disorders (which includes autism) at Brown University and was not involved in the study. Most research on prenatal vitamins and ASD get conducted in the general population, he says, but that population is more likely to be heterogeneous and thus the association between folic acid and ASD is harder to tease out. In other words, there are simply too many factors at play. But high-risk children are more likely to be sensitive to environmental changes, Braun says, since they’re already more predisposed to developing ASD in the first place.

Though they can’t do human experiments to determine causality, Braun thinks the evidence linking folic acid and autism is compelling. For one thing, he says, we already know that folic acid plays a crucial role in how the neural tube develops since deficiencies in folate (the body’s own form of folic acid) cause defects in it. “Second, the developing nervous system is exquisitely sensitive to environmental inputs,” he says, “and it is reasonable to suspect that folate deficiencies, even subtle ones, could adversely affect multiple aspects of neurodevelopment.” Then there’s also the fact that the epidemiological evidence is starting to pile up in favor of showing that nutrition right around conception is an important risk factor for ASD.

But that doesn’t mean everything is set in stone. Folic acid isn’t the only vitamin in prenatal vitamin cocktails, for instance, and Braun points out the same researchers at UC Davis had previously found that iron supplementation also seems to reduce the risk of ASD, which is probably tied to its role in proper neurodevelopment. So perhaps it’s something else in the prenatal vitamins that’s primarily reducing the risk.

Or what about the classic correlation-doesn’t-imply-causation? It could be that women who take folic acid tend to have other traits or behaviors that could impact their babies’ autism risk. After all, in many of these studies, women not taking vitamins are in the minority. In this most recent study, 95.9 percent of the mothers took prenatal vitamins during pregnancy, though only 36.1 percent took them during the six months prior to conception (as is recommended). Prior research has similar issues. In a massive 2015 study in Norway, roughly half the women took folic acid during the first month of pregnancy, with increasing rates up through the first trimester. But those women were significantly more likely to have a college education, be nonsmokers, have a normal BMI, and have planned the pregnancy. Similarly, in this most recent study, mothers who took folic acid were more likely to have a college degree, have private insurance, own a home, and have gotten pregnant intentionally. All of those factors could influence a baby’s health and development.

Some experts have noted that autism prevalence has increased in recent years even though women take prenatal vitamins at the same or higher rates than ever before. But Braun points out that doesn’t necessarily mean folic acid doesn’t reduce the risk of ASD. “For example, consider smoking rates, which have fallen in the US and some other countries over the last several decades,” he says. “This has coincided with increases in the rates of several chronic diseases (e.g., diabetes and heart disease) over this same time period. Does this mean that we should tell people to start smoking to decrease their risk of these diseases? No, smoking actually increases the risk of some of these chronic diseases at the individual level.” A substance can change your risk as an individual without changing the population-level statistics simply because there are other factors at play. Folic acid may not reduce ASD risk enough to overcome other, more significant risk factors that are rising at the same time, but its role in reducing ASD could still exist.

The good news is that folic acid is already a safe and widely-available supplement. If you’re thinking about becoming pregnant (whether you’re a cis-female or not), taking extra folic acid will help prevent neural tube defects anyway, so it’s a good idea to take the supplement no matter what.