These mice got acne so future teens might not have to

When you give a mouse a zit... 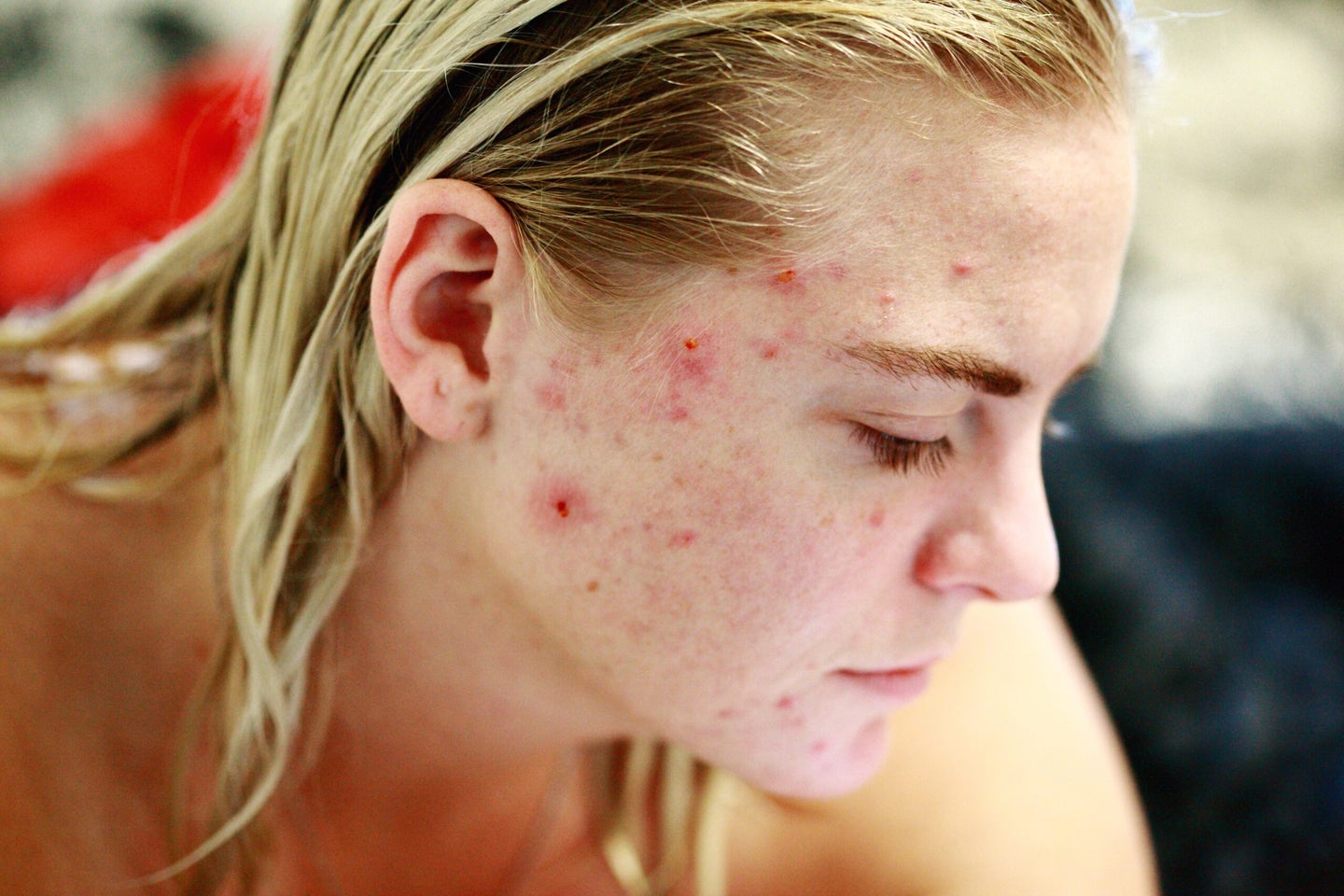 You can give a mouse a cookie, but until recently you couldn’t give her acne. And that was a problem.

See, while Dr. Pimple Popper was off becoming famous, the real stars were working behind the scenes to try to figure out how to prevent acne in the first place. (Popping your pimples is, as any good dermatologist will tell you, not actually good for your skin anyway.) But unfortunately many of us are left to pop ’em anyway, because we know very little about these lil’ pustules in comparison to the millions upon millions of people who get them every year. More than 80 percent of teens and young adults get zits—it’s a gosh-darned lie that they stop once you’re a grown up—and that makes for a large population who would love to see better treatments for acne than the classic face washes.

And that’s why some researchers recently endeavored to giving mice the sort of pimples usually found on human faces. They published their results in the journal JCI Insight.

In order to study precisely how, why, and when acne forms, you really need some kind of animal model. It’d be costly, time-inefficient, and possibly dangerous to run all your tests on human faces. But unfortunately for us (though fortunately for them), most animals don’t get acne.

The bacterium that causes acne, the aptly named Propionibacterium acnes, mostly lives on human skin. One study found that across most of the common lab animals—mice, rats, rabbits, sheep, guinea pigs, and dogs—only guinea pigs have a significant amount of P. acnes living on them. If you try to infect mice with P. acnes, as many a pimple researcher has, the microbes mostly just die off without ever causing the prototypical blemishes (or crippling social anxiety) associated with human adolescence.

Undaunted by this problem, a group of infectious disease researchers at UC San Diego decided to try something different. Maybe the P. acnes just needed a little help.

Humans, after all, have plenty of P. acnes on their faces before they ever hit puberty. It’s an incredibly common bacterium in the bustling skin microbiome. Part of the reason you start developing acne in your teens is that the once-harmless bacteria gets a new growth medium: sebum. You may know sebum better as the oily material that makes your T-zone shiny. It’s an important part of healthy skin (really!) but the sudden influx of hormones during puberty makes your pores produce oodles of it, and the oleic acid it contains seems to help P. acnes grow. Mouse sebum just doesn’t have the same pimple-producing pizzazz.

But who says mice can only have mouse sebum? Not these researchers. They found a recipe for faux human sebum, which goes as follows:

The researchers applied this concoction to their lab mice daily, though not on their faces. Humans don’t have fur, so to mimic smooth human skin the researchers first shaved a patch on their abdomens and then applied the depilatory cream Nair for good measure. Injecting the mice with P. acnes didn’t produce any zits, nor did applying just the sebum, but the two in combination produced pimples that are, quite frankly, far too human-like for comfort.

Now, thanks to this work, more researchers can give mice acne—and that means more people can focus their research on figuring out why the heck we get pimples in the first place. We already know that certain strains of P. acnes tend to cause zits, while others are relatively harmless, but why do some folks get particularly terrible acne? Why does it go away in some people after teenage-hood? And who started the lie that chocolate makes acne worse? Hopefully soon we’ll have the answer to these pimply questions and more—just remember to thank the mice.