Natural disasters leave their mark on kids who live through them

As these weather events increase, implementing preparation strategies is key. 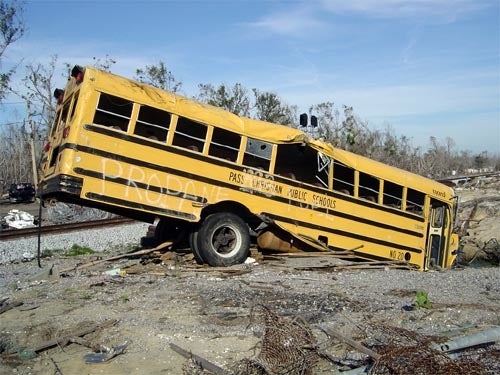 A decade ago, the Black Saturday bushfires burned over 1 million acres of the Australian state of Victoria. The fires killed 173 people, destroyed over 2,000 homes, and affected more than 100 communities. It stands as one of Australia’s worst ever bushfire disasters.

“There were real concerns about what they were seeing,” Gibbs says. Her new study, which examined data from those schools, confirmed their worries: It found kids that saw more impact of the fire had poorer progression of their academic performance four years out from the fire.

“It’s pretty self evident that there’s going to be distress experienced by everyone. What we know less about is how that plays out over time,” Gibbs says. Though the schools had support programs in place, there wasn’t much understanding of how the disaster might affect kids on a longer timeline. The findings show the importance of extended support, she says. “It’s not just something that needs to be there on the short term.”

The study used data collected by the Department of Education and Training in the Australian state Victoria on nearly 25,000 kids to compare the changes in individual academic performance on measures like reading and numeracy between grades three and five. It compared kids in schools with low or no fire impact to those in schools with medium or high fire impact.

“We looked at how they were progressing, compared to themselves. When they go from grade three to grade five, there should be an increase in learning.” But in schools with medium and high fire impact, kids didn’t progress as expected on reading and numeracy, Gibbs says. “The concern is that they won’t achieve their potential. It absolutely has the potential to influence their whole life trajectory.”

The team’s research didn’t look to see if these kids eventually catch up and get back on track as they move into secondary school, which would be necessary to make more sweeping conclusions about these kids’ long term health. Ann Masten, who studies resilience at the Institute for Child Development at the University of Minnesota, says she’d be hopeful. “I’m optimistic that there will be a long term positive picture,” she says. “Nonetheless, it’s important to document that there could be continuing delayed concerns.”

The findings are similar to observations of children’s mental health in the aftermath of Hurricane Katrina, says Joy Osofsky, professor of pediatrics, psychiatry, and public health at the Louisiana State University School of Medicine. Almost half of the thousands of children studied had symptoms of depression or post-traumatic stress disorder. “The symptoms went down, but didn’t go down that much over three years,” she says. “It’s absolutely consistent.”

Although the study in Australia did not examine the cause of the academic changes the children experienced, Osofsky says that it’s possible to speculate that mental health symptoms could be contributing to academic challenges—more symptoms might make it harder to concentrate in school, for example. “We were focusing on mental health following trauma, and those kinds of symptoms could impact academic performance as well.”

New Orleans and Victoria, Australia are on opposite sides of the world, with different communities and different contextual challenges—and it’s well documented that poor and marginalized groups bear the brunt of disaster impacts. But that the effects of disaster lingered for years after in both places highlights the commonalities between the way children experience these types of crises. “We can certainly learn from each other,” Gibbs says. “We can’t lose sight of the contextual elements, and it’s certainly not a one size fits all. But there’s shared learning.”

The study demonstrates the role of school-based interventions to help kids after disaster, Masten says. “I think that schools need to recognize the importance of their role, not just in an immediate crisis, but over the long term, both in supporting learning and building a capacity for resilience,” she says.

Researchers might be able to turn to the kids who do well after disaster to identify what that support might look like, she says. While the kids in Victoria were more at risk of a stalled academic trajectory, there are individual difference in response, even in the areas highly impacted by the fire. “One of the goals of resilience research is to understand the good outcomes,” Masten says.

This body of research also underscores the importance of preparing to respond to disaster, and for shoring up resilience skills before disaster hits. Osofsky, for example, is working to build regional coalitions with the National Child Traumatic Stress Network in the United States, to both help states better prepare within communities and schools, and to share information and provide support in the aftermath of disasters. In Australia, Gibbs is working with programs that help support emotional literacy for children, so that they’re better prepared in the event of a disaster.

Preparation is particularly important because the changing climate will increase the number of major environmental disasters. “We always are framing this in the knowledge that the disasters are likely to become more frequent and more severe,” Gibbs says.

Masten agrees with this trajectory. “It’s clear that we need more high-quality research going forward to inform what we should be doing, during the short and long term, to build up our capacity to withstand what we know are coming disasters.