Some Viruses Have Their Own Immune Systems 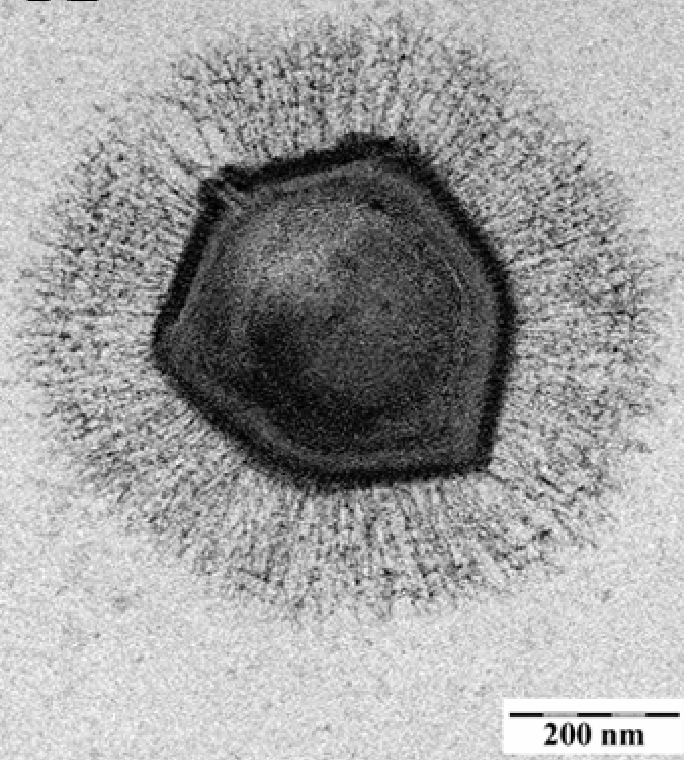 Just like bacteria, giant viruses need to protect themselves from invasive microbes, and they do so with the help of an immune system that works quite similar to the CRISPR system found in bacteria (and now borrowed by human geneticists) according to a study published today in Nature.

In 2003, researchers Didier Raoult and Bernard La Scola of Aix-Marseille University in France discovered something strange lurking in amoebas: giant viruses, visible under a typical microscope, and about four times larger than the ones we often see infecting human cells. Collectively they’re called mimiviruses because they appear to mimic bacteria.

In the intervening years, these researchers have discovered 150 different types of these large viruses, according to Stat News, such as megaviruses and pandoraviruses. Many of these challenge the traditional definition of a virus; Raoult has controversially claimed that mimiviruses make up a new branch of the tree of life, according to Nature News.

One way these mimiviruses have proven different is that they themselves can be attacked by smaller viruses. But in 2014, the researchers realized that viruses can invade only certain types of mimiviruses. They hypothesized that these large viruses had immune systems much like bacteria’s, in which they would incorporate little bits of their attackers’ DNA into their own genetic code. That way, if the same virus tried to invade again, the host would be able to identify the unwanted attacker and kill it. Those bits of invaders’ genetic code in an organism’s DNA are called CRISPR; by taking advantage of this unique pattern and of its accompanying gene-snipping enzyme, Cas9, researchers have been working to create more robust crops and eliminate diseases in humans.

The researchers wanted to test these large viruses to see if they did in fact have a CRISPR-like immune system. So they analyzed the genomes of 60 strains of mimiviruses looking for the telltale snips of DNA from a much smaller virus (or virophage) called Zamilon, known to attack many of them. As they expected, the researchers found that mimiviruses immune to Zamilon had bits of its genetic code lodged in their own. The researchers also found that the mimiviruses contain enzymes capable of degrading foreign DNA, just as CRISPR does. The researchers named this viral immune system the MIMIVIRE, which stands for “mimivirus virophage resistance element.”

As The Atlantic points out, the MIMIVIRE isn’t the same as CRISPR—it’s just a good example of convergent evolution. But it does provide more evidence that mimiviruses are different from other, simpler viruses, possibly shifting the discussion about their evolutionary origins or whether they’re alive. In the future, the researchers hope to better understand the mechanisms that drive the MIMIVIRE.