There's still a chance to protect the giant rainforest. 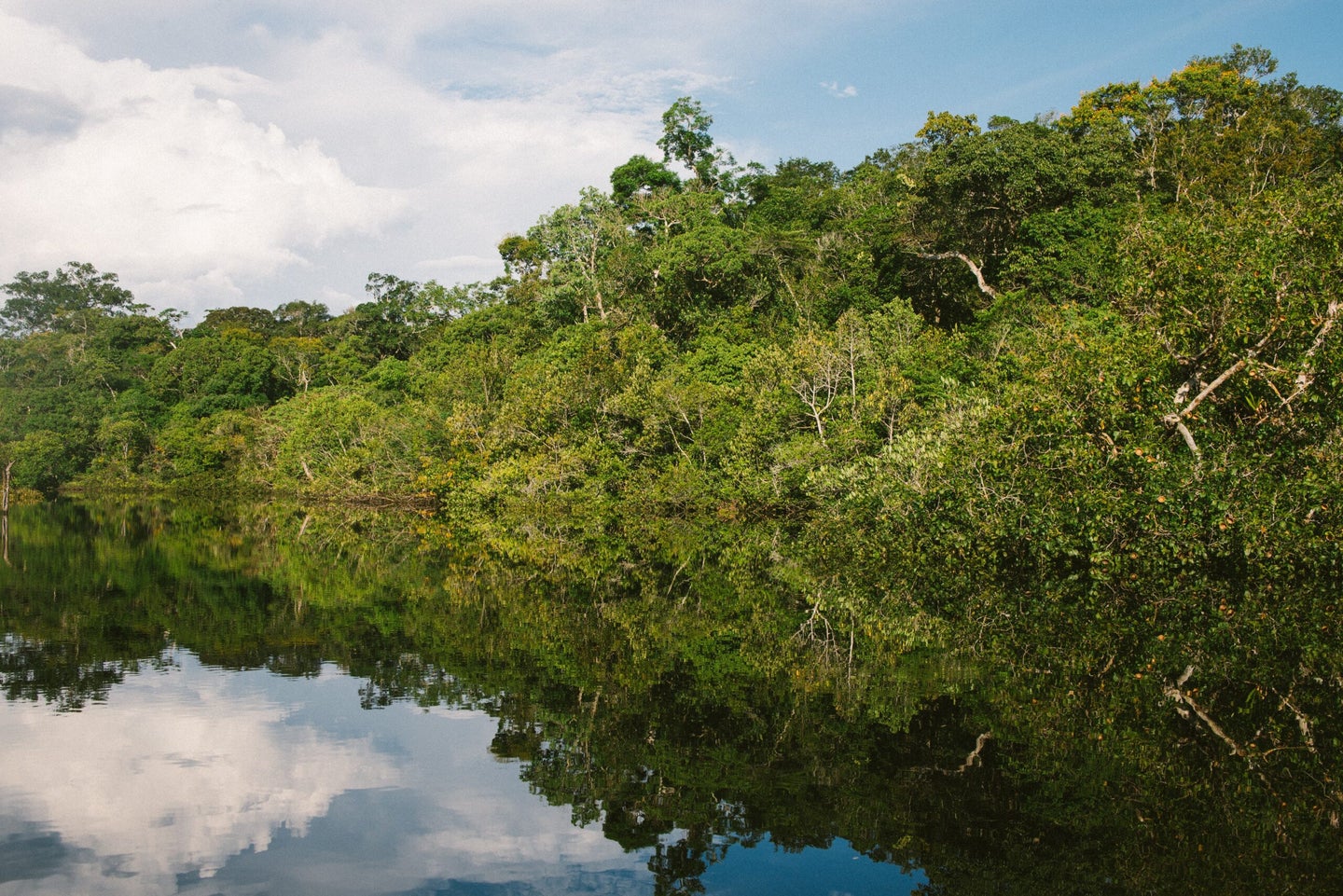 The tipping point for the giant rainforest could be closer than it seems. Nathalia Segato on Unsplash
SHARE

Throughout history, nature has proven time and again that it has the capacity to restore itself. Even in some of the most disastrous situations the world has ever seen, from oil spills to nuclear meltdowns, it has shown that healing is possible. But, of course, there’s only so much that one ecosystem can take before it hits a tipping point.

For the Amazon rainforest, which forms a 2.1 million-square-mile oasis across the upper half of South America and for years has acted as a massive carbon sink, that tipping point could be here devastatingly soon. A new study out today in the journal Nature Climate Change reveals just how adaptable the forest really is—and how massive climate events and human activity have damaged its ability to bounce back from catastrophes.

The researchers used a special satellite technique, called Vegetation Optical Depth, to determine how much biomass the massive rainforest held from 1991 to 2016. Using these findings, along with statistical indicators of stability that have been used to assess other rapidly changing ecosystems like the Greenland ice sheet, the team determined that since 2000, 75 percent of the forest has become less resilient to disruptions like wildfires and droughts. Areas of the forest that are near farms, urban areas, and roads are losing their stability at the quickest rate.

[Related: World leaders promise to end deforestation. Is that even possible?]

“Reduced resilience—the ability to recover from perturbations like droughts or fires—can mean an increased risk of dieback of the Amazon rainforest. That we see such a resilience loss in observations is worrying,” author Niklas Boers from the Potsdam Institute for Climate Impact Research and the Technical University of Munich said in a release.

Dieback is the process by which large groups of trees get sick and perish without obvious cause. This can often be linked to increased dry periods—the Amazon has experienced three “one-in-100 years” droughts since 2005. “”Resilience dropped during the major droughts of 2005 and 2010, as part of an ongoing decline from the early 2000s to the most recent data in 2016,”  author Chris Boulton, of Exeter’s Global Systems Institute, said in another release. “As a result, we would expect the forest to recover more slowly from a drought now than it would have 20 years ago.”

If the Amazon rainforest withered up and eventually turned into savannah, it would be devastating on multiple levels. In addition to the forest’s staggering biodiversity containing ten percent of the world’s total species, the mass tree dieback would release up to 90 billion tons of carbon dioxide back into the atmosphere, making the hurdle of limiting climate change even more difficult to overcome. The new research makes it clear  that the Amazon is standing on the brink of disaster. “It raised my level of anxiety,” Carlos Nobre, a senior scientist at the National Institute of Amazonian Research in Brazil who was not involved in the study,  told the New York Times.

Strangely enough, however, the study did not measure much of a change in the Amazon’s biomass and total rainfall levels. According to the paper, biomass only decreased slightly from 1991 to 2016. This shows that the “state” of a forest might not reflect its ability to bounce back from disasters, Boers said in a press release, making it hard to know when it’s at its tipping point.  “When it will be observable, it would likely be too late to stop it,” he says.

However, the fate of the Amazon isn’t set in stone; resiliency can be restored if nature is left alone to heal. For the rainforest, that would require ending deforestation. The current rate of deforestation in the Amazon is higher than previous decades—a November analysis from Brazilian research institute Imazon showed that from January to October of 2021, deforestation increased by 33 percent compared to all of 2020.

“Given the recent declarations on the importance of rainforests at COP26 in Glasgow (by 141 countries), this reemphasizes the urgency for policy makers and the public to protect and restore this globally important ecosystem before it is too late,” Jo House, an environmental science and policy expert at the University of Bristol who was not involved in the study, said in a release. The time is now for the world to get its act together when it comes to saving the “lungs of the planet,” no matter if the Amazon is in your backyard or miles away.