Storks Are Changing Migration Patterns To Lunch At Landfills

You wouldn't want these birds near a baby 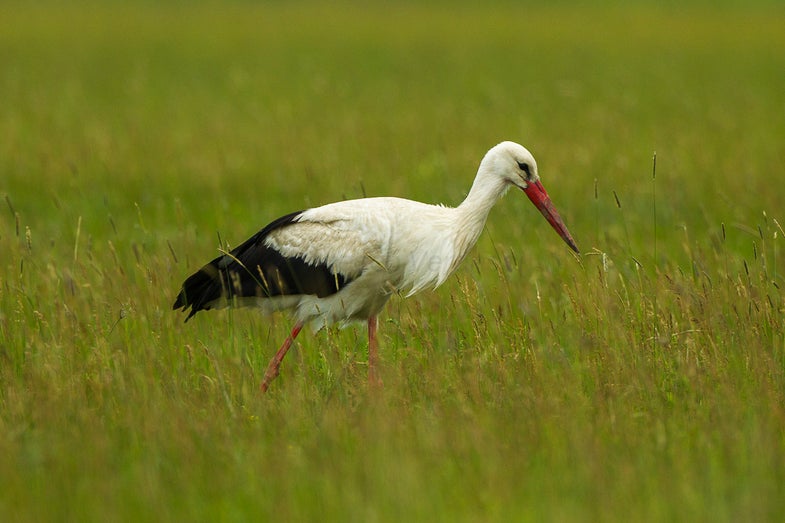 One man’s trash is another bird’s opportunity.

In a paper published in Science Advances, researchers found that some populations of white storks in Europe were changing their migration patterns to take advantage of landfills–an all-you-can-eat buffet for birds.

By tracking white stork populations in Europe with GPS tags, the researchers found that the once long-range migratory birds were moving over much shorter distances, only traveling from Spain and Portugal down to the Sahel desert in Africa, instead of continuing down into the tropics for the winter. Other birds stayed even closer to home, with Uzbek storks making Uzbekistan their permanent home. 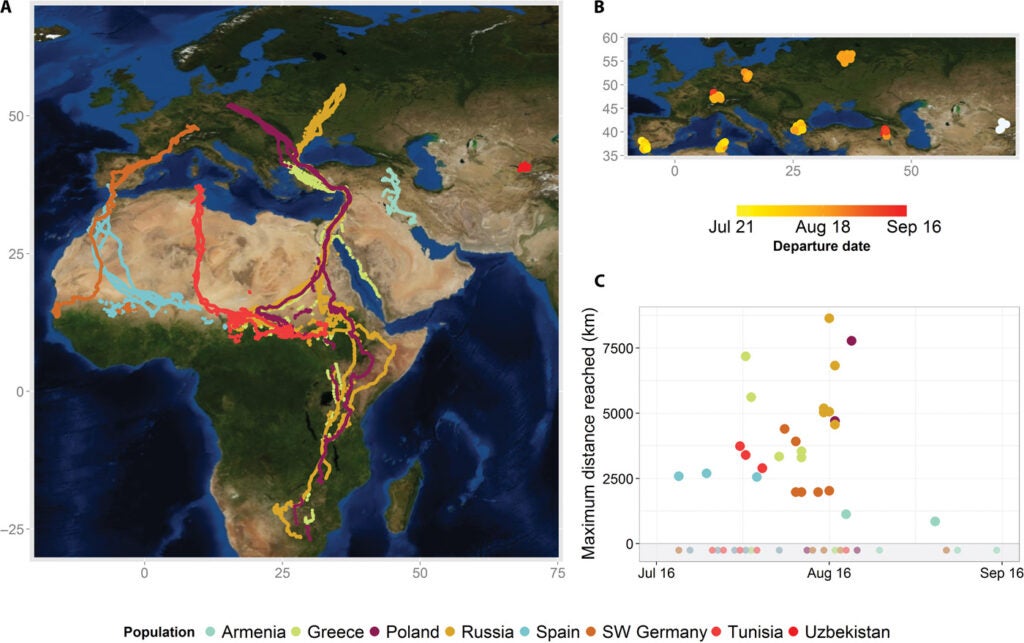 The migration routes of white storks.

Some bird populations–specifically those from Greece, Poland and Russia–were more traditionalist, keeping to their time-honored routes and heading all the way to South Africa and back.

Reasons for the others’ migration shift seem focused on food opportunities. The white stork typically migrates to find food in the south when winter comes and their food supply of insects, amphibians, and other small animals dries up. But humans create trash year round, piling it up in huge, irresistible piles, a feeding opportunity that the birds just can’t pass up. Another culprit? In Uzbekistan, where the storks migrated the least, researchers hypothesize that local fish farms might be supplying the birds with enough food that they don’t feel the need to migrate at all.

Changing migration patterns of storks might not seem like a big deal, but if birds are eating our trash, they aren’t eating other food sources, like agricultural pests. Without the check of a natural predator, the current balance has a chance of getting thrown off, potentially damaging crops.

“Migratory animals can have fundamental effects on ecosystems by altering ecological networks, influencing pest control and pollination, or affecting infectious disease dynamics,” the authors write in the paper. “Understanding how human actions alter migratory patterns may be the key not only to protecting migratory species but also to maintaining diverse and stable ecosystems.”