What Stephen Hawking gave to us

I had a lunch with him I'll never forget. 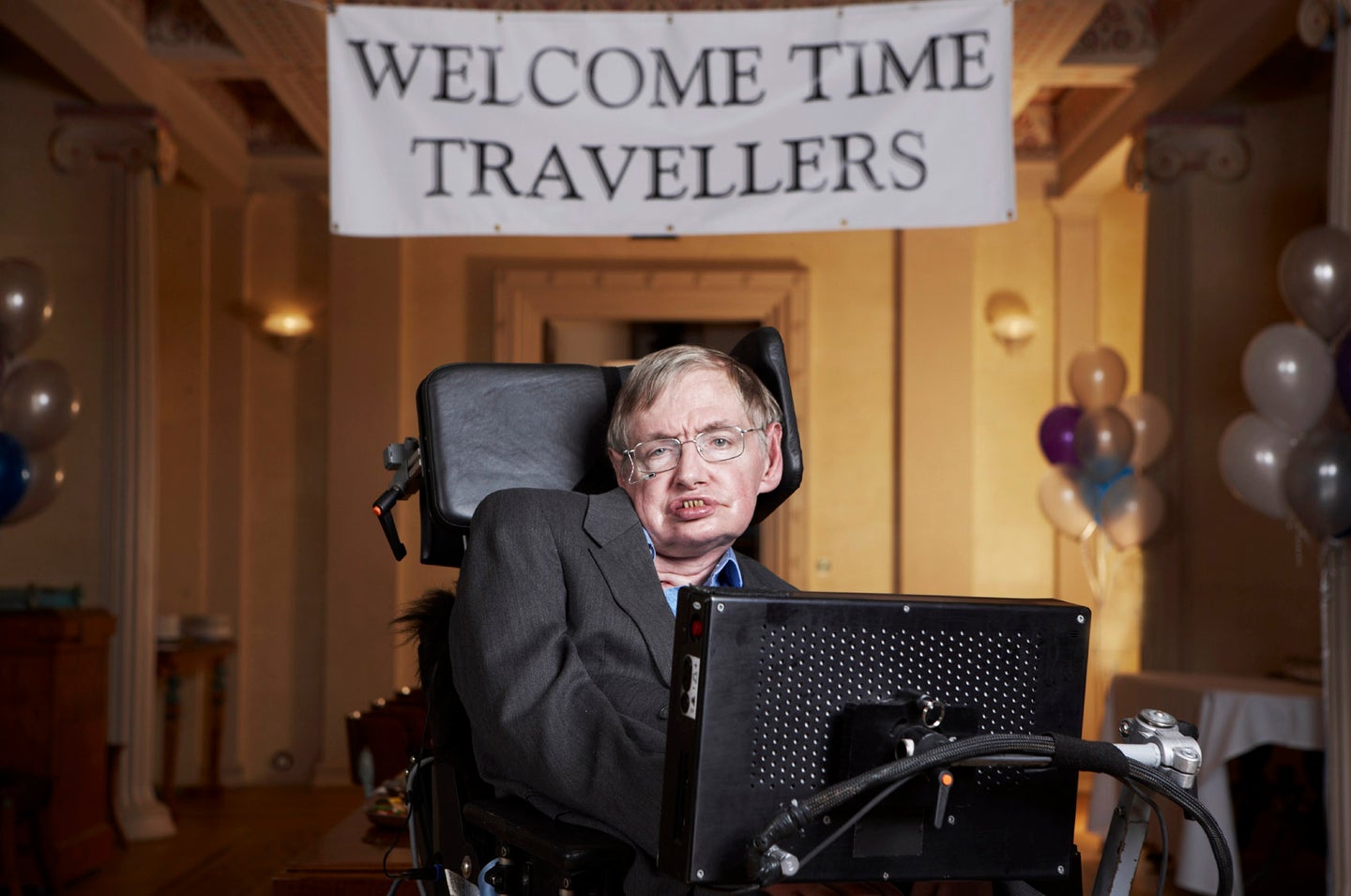 I do not regret passing up the chance to take a selfie with Stephen Hawking.

I wasn’t friends with the famous physicist, who passed away on Wednesday more than half a century after being diagnosed with the motor neuron disease ALS. I didn’t know him like many science journalists do. I never really spoke to him, and I never got a photo with him to show my grandchildren. I just ate some meatballs with him, and I’m happy with my choices.

Three years ago, I went to a conference in Stockholm, Sweden. It was coming up soon—like, why the heck did you wait so long to invite journalists, soon—and it was on theoretical physics, a subject that’s more than a little out of my comfort zone. But it was an exclusive invite, the email promised.

Plus, Stephen Hawking would be there.

And, well, he was already 73 years old, and I was working for a newspaper that could afford to send me, and I’d heard Stockholm was pretty nice in August. So I found myself the one unbooked AirBnB in Södermalm and buckled up for a week of listening to some extremely esteemed physicists discuss the black hole information paradox.

Stephen Hawking was not the only famous brain in attendance. In fact, when he arrived an hour late for the first day of the conference, he interrupted the speech of a Nobel laureate. But his arrival still caused a hush to settle over the room; a sense of awe akin to being in church, and not just because we were in a room at the KTH Royal Institute of Technology that used to be a chapel (they keep Christ behind a gilded curtain these days).

Even among some of the most brilliant men and women in the field, there was still a sense of significance in the air when he arrived, and especially when he spoke. Yes, some of his colleagues rolled their eyes or shook their heads in disagreement with his particular takes on the theories up for discussion—he was a genius, but so are lots of people—the overall feeling was one of nearly suffocating expectation: Hawking was here. What would he have to say?

I was seated directly behind him, with a perfect view of his purple shoelaces and the screen of his computer, on which he typed out all his missives to the rest of the world. Even with the software’s predictive technology, it took him a minute or more to write out an entire sentence using the movements of his cheek. I remember seeing him start to formulate a phrase and feeling my heart race at the thought that I might see his contribution to the conversation before he even spoke aloud. I waited for each new word like it might be some grand prophecy for our age.

As it turns out, he was telling his companion he was pretty sure he’d left his speech on the wrong laptop.

That was the thing about Hawking: he didn’t even have to say anything profound. At one point in the conference, one of the attendees stood up and read a note he’d written the famous physicist. He’d just received a troubling medical diagnosis, he announced to the room. But he had courage that he would prevail, and it was all thanks to Stephen. He thanked Hawking not just for his contributions to the field, but also for showing such strength in the face of a hopeless diagnosis, and triumphing for so many years in spite of it. Hawking’s theories were impressive on their own, doubly so because he did it all with ALS. Anyone who’s had chronic and terminal illnesses creep into their lives can draw strength from his resilience, and I know I have.

Somewhere I have the audio recording of an interview I did with the conference organizer. Over reindeer meatballs and lingonberry sauce, she tries to help me understand what the heck she and her colleagues had been talking about for the past several hours. In that recording, there’s a brief aside where she says hello to someone and gives me the kind of casual introduction it’s polite to do when you’re the only stranger in the room. It was Hawking, and he sat inches away from me, and thankfully I was in the midst of an interview because what do you even say to Stephen Hawking while you’re eating meatballs together?

The conference would have been a great meeting of the minds even without Hawking’s attendance, but it still felt an awful lot like most people there were trying to get some scrap of his time or attention. He was the reason many of the students being ferried around had gotten into physics, and no doubt served as an inspiration to science journalists in the room as well.

I wonder if we’ll ever really appreciate how much of himself he gave to us. It must be exhausting to serve as such a paragon of science and personal perseverance, and yet I don’t think Hawking begrudged anyone their admiration of him. I don’t think anyone would have objected to him spending his senior years as a private citizen, but he did Reddit AMAs and sang Monty Python songs on television and tried to inspire us to find life in other solar systems. He attended conferences. He wrote papers. He threw a party for time travelers.

There are countless examples of Hawking reaching out to share his wry sense of humor with the world, but my favorite is something he told us all that week in Stockholm.

“The message of this lecture is that black holes ain’t as black as they were painted,” Hawking said. “They are not the eternal prisons they were once thought. Things can get out of a black hole. So if you feel you are in a black hole, don’t give up. There’s a way out!”