Seeking The Black Hole At The Center Of Our Galaxy

In 2015, 11 telescopes will link up to see the Milky Way as it's never been seen before 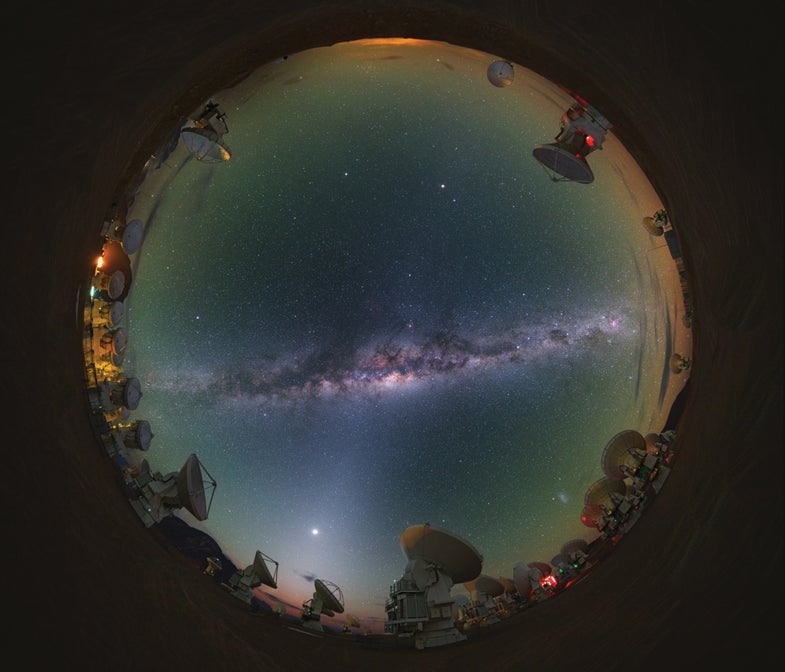 The Atacama Large Millimeter/submillimeter Array (ALMA) probes the sky for radio waves from the Milky Way (shown here) and beyond. But even ALMA can’t see the supermassive black hole shrouded in ionized gas at our galaxy’s center, Sagittarius A*.

“Any images we make are fuzzy, as though you’re looking at a small light through frosted glass,” says Shep Doeleman of the Harvard-Smithsonian Center for Astrophysics. So astronomers are linking 11 telescopes around the world into one Event Horizon Telescope (EHT), named for the spacetime boundary where the black hole’s gravity prevents the escape of light and matter. When an upgraded ALMA joins in 2015, it should make EHT 10 times more sensitive and may help bring Sagittarius A*’s shadowy edge into focus.

This article was originally published in the November 2014 issue of Popular Science, under the title “Seeking The Point Of No Return.” 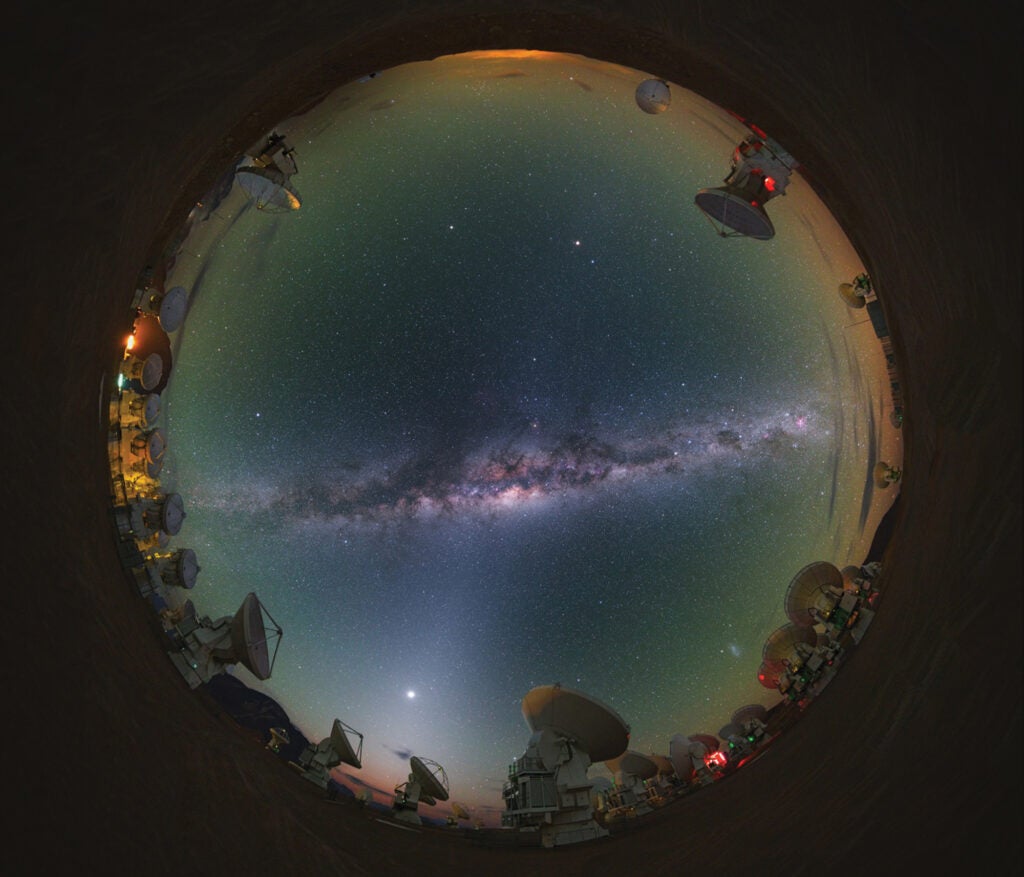