Instead of using rockets or thrusters, a craft equipped with warp drive would move by distorting space. 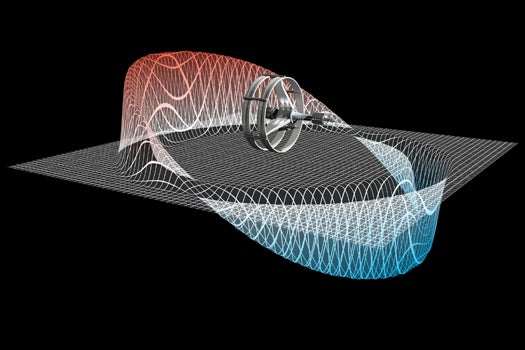 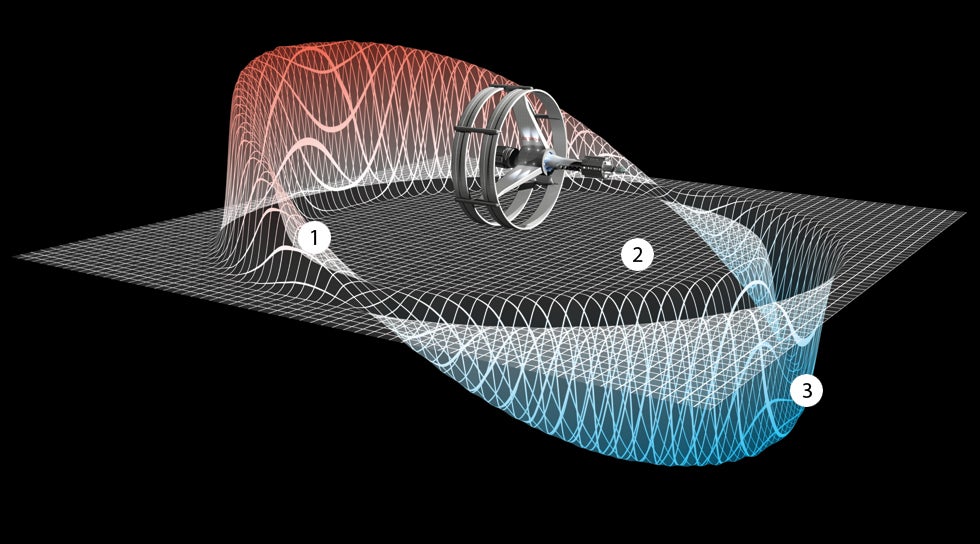 The warp drive proposed by Miguel Alcubierre would achieve faster-than-light speeds by distorting space-time. The device would generate a field of negative energy that would squeeze or stretch space-time, creating a bubble. The bubble would ride the distortions like a surfer on a wave. As evidenced in the big bang, space-time can expand so quickly that objects move faster than the speed of light.

1) The vertical dimension represents how much a given volume of space-time expands or contracts in Alcubierre’s model. Positive values [red] imply an expansion. When space-time expands behind a craft, it propels the ship forward.

2) Inside the warp bubble, neutral space-time would leave the ship undisturbed. Passengers would experience a gravitationally calm zero-G environment.

3) Negative values [blue] imply a contraction in space-time. The contraction balances the expansion of space-time as the bubble moves forward.

Negative Energy: Creating a warp drive requires negative energy—a mysterious form of matter that repels rather than attracts. While predicted to exist, it has never been measured in a laboratory, and known methods for creating it are extremely limited; they would generate so much positive (normal) energy that any negative energy effects would likely be drowned out.

Faster-Than-Light Limitation: If scientists could generate a powerful field of negative energy, they would need to position some of it in front of the craft. “The problem,” says Alcubierre, “is that you wouldn’t be able to make this field reach the region you need.” In other words, to get the energy in front of the craft, it would need to move at faster-than-light speeds, which is impossible.

Destabilization: Even if scientists could generate and position a field of negative energy, there is little reason to think the integrity of the field would hold. A group of Spanish and Italian researchers wrote a paper in 2010 arguing that quantum mechanical radiation, analogous to the Hawking radiation that appears at the event horizon of black holes, would show up and “inevitably lead to [the warp bubble’s] destabilization whenever superluminal speeds are attained.” 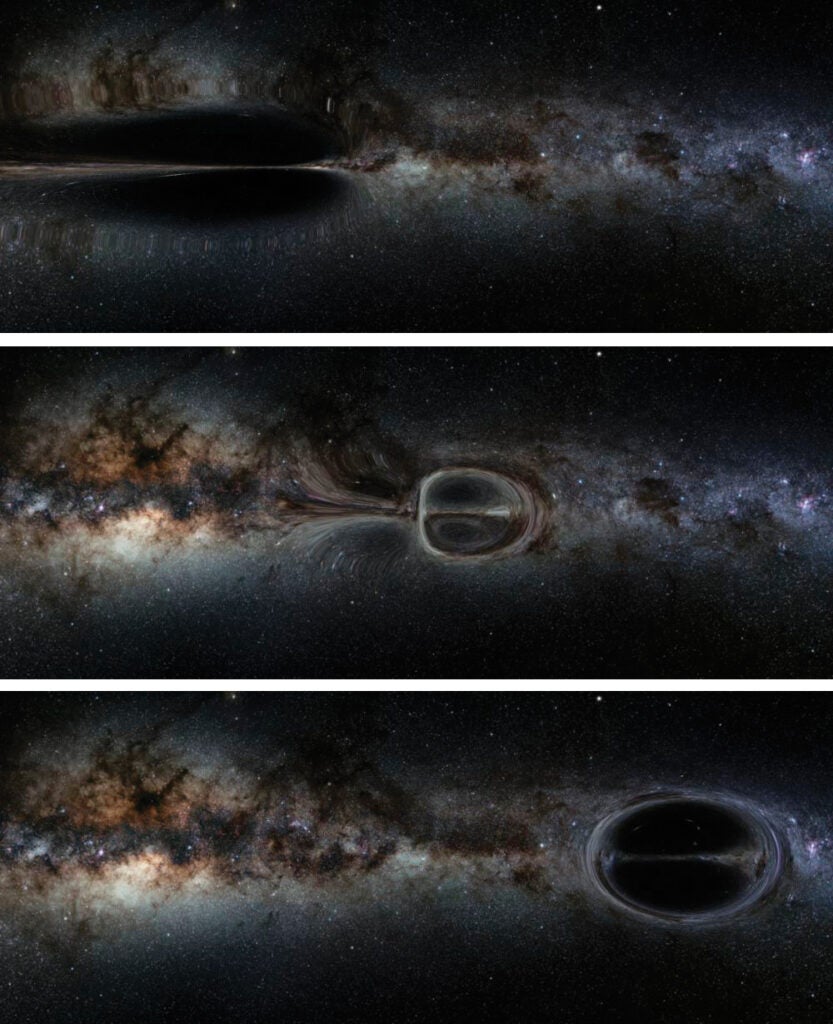 If a ship with warp drive zipped past a stationary observer, according to a simulation by German researchers, he or she would see the drive’s effect on space, pinching as it approached [top], transitioning as it passed [middle], and dilating as the ship moved away [bottom].

Read the Popular Science_ profile of NASA engineer Harold “Sonny” White and his research into warp drives here, from the April 2013 issue of the magazine._