The most important question: Do marshmallows cool down or heat up the drink? 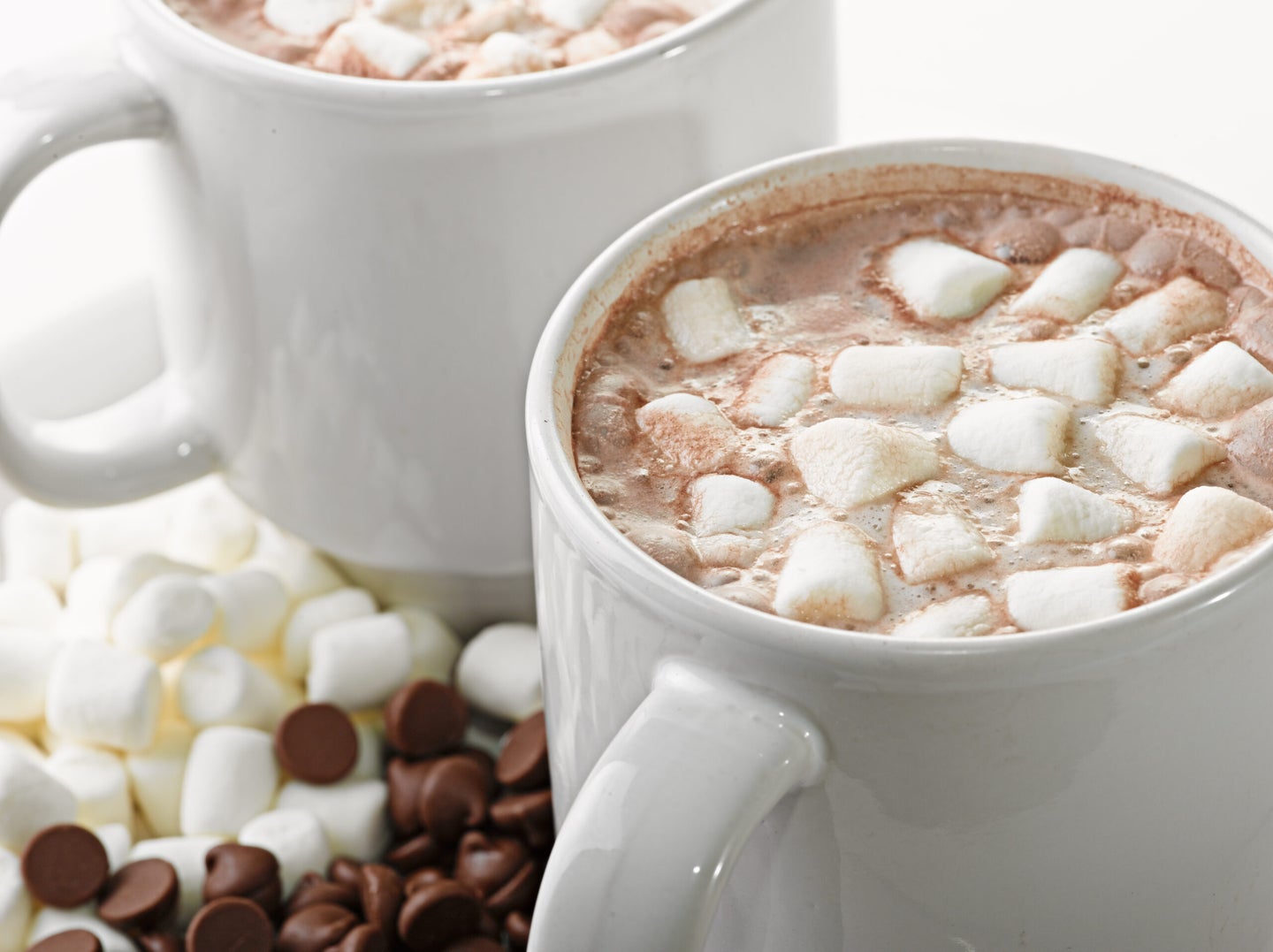 Hot chocolate is simply incomplete without marshmallows. As the plump white globs melt to form a puffy blanket, it’s easy to take for granted the molecular phenomena occurring inside as you sip on the delicious beverage. A key component to the tasty treat is its temperature: too hot and it burns your tongue, too lukewarm and it loses its cozy feel. A worthwhile scientific inquiry then is whether the marshmallows act as a cooling agent or, rather, keep the hot chocolate hot.

“I’d guess that the marshmallow would reduce the temperature of the hot chocolate,” says Chris Loss, a food scientist and lecturer at Cornell University.

Temperature is essentially a measure of energy, Loss says. Fast-moving molecules produce more energy and therefore raise the temperature of whatever entity they are in.

According to the laws of thermodynamics, energy flows from high to low concentrations. In the marshmallow-hot chocolate scenario, the hot chocolate’s high energy likely moves to the lower-energy marshmallows.

The hot chocolate’s energy seeps into the marshmallows and “jiggles” the sugar and protein molecules. That’s when the molecules separate and the marshmallows turn into those blankets of goo and dissolve into the drink. As it dissolves, it likely lowers the hot chocolate’s energy and thus its temperature. The process continues until the energy between the two reaches an equilibrium.

The marshmallows aren’t the only element slowing things down; the properties of the hot chocolate itself factor in as well. The dissolving sugars and proteins block the water molecules, Loss says, which could slow down molecular movement and further decrease the liquid temperature.

There might be other factors at play, however. Loss says kitchen air produces an “evaporative cooling” effect as water is freed from the drink’s surface and into the atmosphere. Since they’re filled with air, the marshmallows could insulate the hot chocolate by slowing down this cooling.

To decelerate this cooling process, some chefs insulate meat from kitchen air with a vacuumed sous vide in a precisely heated water bath. To ensure the proper temperature of the bath is maintained, Loss has floated ping pong balls over the water’s entire surface to maximize the effect.

All together, a number of factors could influence this heat transfer, like the quantity and size of the marshmallows, along with the cup’s circumference. If marshmallows do indeed cool hot chocolate, Loss says he’s interested in learning the specific rate of cooling.

“The real answer to these sorts of questions should be an engaging discussion that is based on facts, drawn from observations,” Loss says.

If you’re up for an experiment, whip up a cup of hot chocolate and measure it with a food-safe thermometer both before and after adding marshmallows. Try to record the temperature at regular intervals and watch how it changes. Tweet us @PopSci with your results!