Dark matter has never killed anyone, and scientists want to know why

There are suspiciously few reports of spontaneous lightsaber stabbings to date. 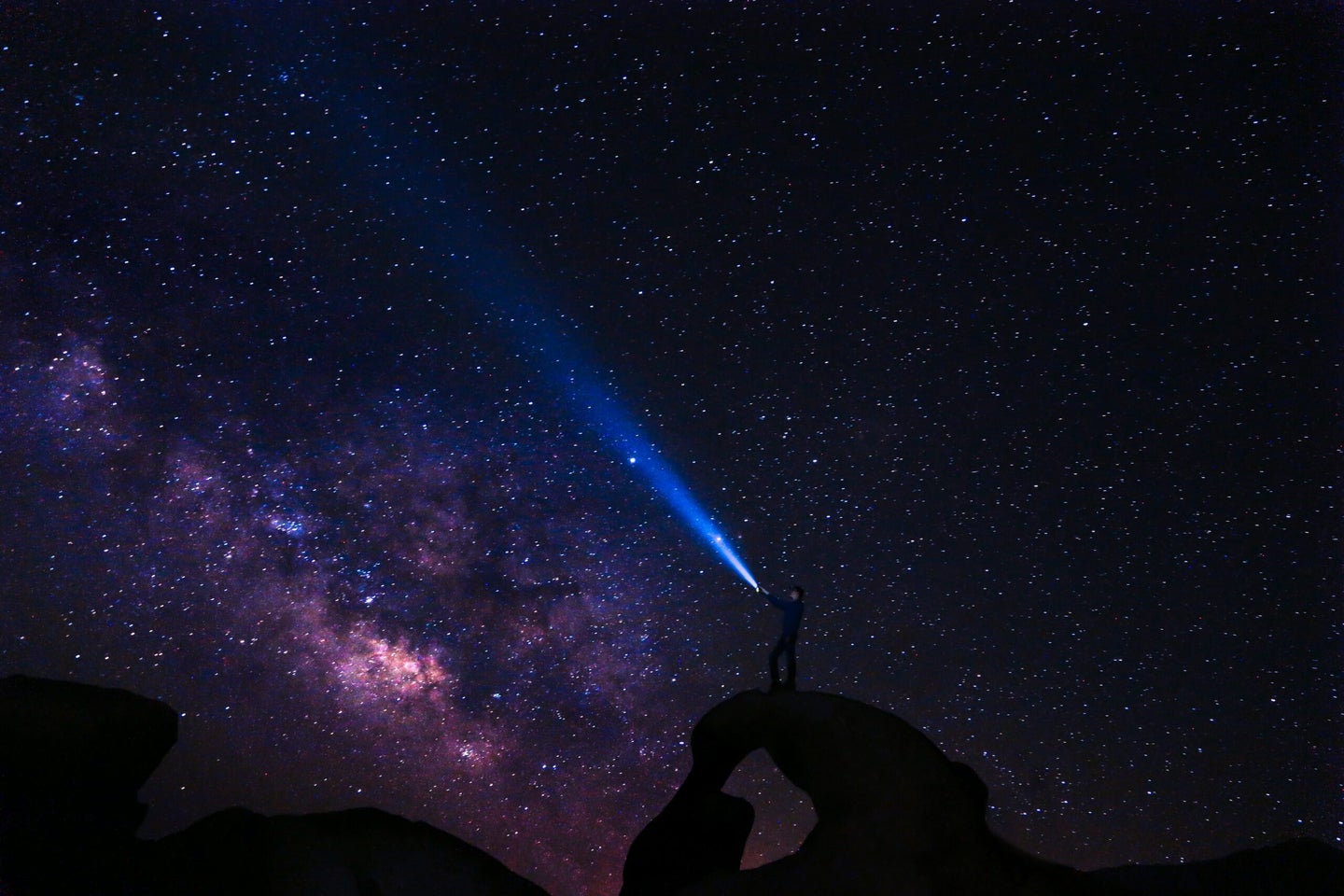 “Death by Dark Matter.” That’s not the name of your new favorite metal band; it’s the literal title of a new study by a trio of American of physicists. Their paper explores what the hypothetical consequences might be on the human population if a certain candidate of dark matter turned out to be true. Hold onto your butts, because we got a real weird one here.

When scientists talk about dark matter (reminder: it’s the stuff that makes up 85 percent of the universe), they’re not always talking about the same kind of dark matter. Since we’ve never actually detected it directly, there are plenty of theories bouncing around as to what dark matter looks like and how it behaves—and, more bizarrely, what its effects on the human body might be.

“We hope work like this helps to bring alternative dark matter candidates into a wider consciousness of more people, which is good,” says lead author Jagjit Singh Sidhu, a physics doctoral student at Case Western Reserve University in Cleveland, Ohio. “We don’t really know what dark matter is, and what it’s made of. It’s good to consider as many different options as possible.”

Sidhu works under Case Western physicist Glenn Starkman, who in 2014 outlined a hypothetical dark matter candidate called “macros.” Short for macroscopic dark matter, all you really need to know for the purposes of this study is that macros are a class of big, dense forms of dark matter. They’re modeled on an underlying idea that dark matter can form from the same constituents as regular matter, with strange quarks in the mix.

More importantly, macros should be capable of actually interacting with ordinary matter. This is in stark contrast to popular candidates of particle dark matter, like weakly interacting massive particles, or WIMPs. “A typical WIMP will go right through you and right through the Earth,” says Starkman. “The point of macros is that, actually, ordinary matter interacts with them just fine, quite strongly.” These interactions would release energy and cause observable effects.

About a month ago, Starkman and Sidhu put out a paper proposing to use slabs of granite—yes, the same type of granite used to make kitchen countertops—to detect macro dark matter. “As the macros would go through the granite, they would melt it,” says Starkman. “And as the granite cools, it would actually turn into obsidian. So, if we go look at slabs of granite like you would find in the store, then we should be able to identify these obsidian ‘tracks.'”

Bob Scherrer at Vanderbilt University in Nashville saw that paper and thought, well, what about humans? Macros should produce severe, observable effects on their way through the human body as well. Scherrer ran some quick calculations, and it seemed likely you’d run into signs of this kind of event happening throughout the world’s population at least a few times a year. It was a wild notion—and Starkman, Sidhu, and Scherrer were feeling wild enough to explore it more.

The new paper outlines a model for what a macro might do to a human body, and considers whether we might have an opportunity to actually observe this in real life. “You can think of a macro as being an extremely dense bullet that’s moving really, really fast,” says Starkman. “It’s going at 0.001-times the speed of light, which means it’s still moving tens to hundreds of times faster than a typical bullet.”

This would be something like a high-temperature column ripping through space. “If a Jedi warrior stabbed you with a lightsaber, that’s similar to what a macro might do to you,” says Starkman. “It’s blasting apart molecules and atoms so that they’re ionized, kind of creating a mini-explosion along its trajectory through you.”

If macros can zip through people’s flesh and bone and cause serious injury, surely we’d see this happening at least occasionally among the 7.5 billion people walking around on the planet, right?

“I think it’s pretty reasonable to say if someone was killed by a bullet-like wound of unknown origin, where the flesh had been seared by temperatures of 10 million degrees, the coroner would report it and it would end up in the newspaper,” says Starkman. The authors argue that among the millions of people living in the Western world (Western Europe and North America), sometime in the last 10 years, a macro-related death is likely to have been reported. (Western democracies were considered because they have reliable data on causes of death.)

But obviously, we’ve seen no such reports of death by dark matter bullets. This basically constrains the existence of macros “to physical sizes as small as several microns and masses less than 50 kg,” the authors write.

This is all just theoretical talk, but that’s not to say the paper has no practical value. Far from it, the findings “open up a new type of parameter space for thinking about dark matter,” says Scherrer. “It’s so different from WIMP dark matter, and this stuff is so different in terms of its impact. We want people to think about other possible esoteric effects that this macro dark matter can produce.”

This is far from the first time someone has thought about what dark matter could do to people. Katherine Freese, a theoretical physicist at the University of Texas in Austin, has previously written about WIMPs as a potential source of radiation exposure to humans and animals. This new study pushes that envelope further, albeit to an extreme scenario we’re not likely to see many other models explore. “Often, these are opportunities to just be a little clever and insightful and think about things in a little different way, and explore the possibilities that nature has put out there for us,” Starkman says.

Other scientists share the sentiment. “At least in principle, these considerations tell us a little bit about what dark matter is not,” says Dan Hooper, a cosmologist and particle physicist based at Fermi National Accelerator Laboratory near Chicago. “Every time we narrow the field of dark matter candidates—even a little bit—we get closer to learning what it actually is.”

And perhaps we’re closer to a breakthrough than we might expect. Starkman and Sidhu are moving forward with looking for obsidian trails in granite, and on the off chance they find something, they’ll have effectively paved a path for exploring dark matter quite literally in the comfort of one’s home. “We’re not going to need 50 million dollars to do that,” Starkman says. “There are inexpensive, and even fun things we can do to look for dark matter. There are a lot of interesting things there to explore.”