The International Space Station Is Getting A New HD Camera

Two astronauts will perform a spacewalk to install the new space station camera. 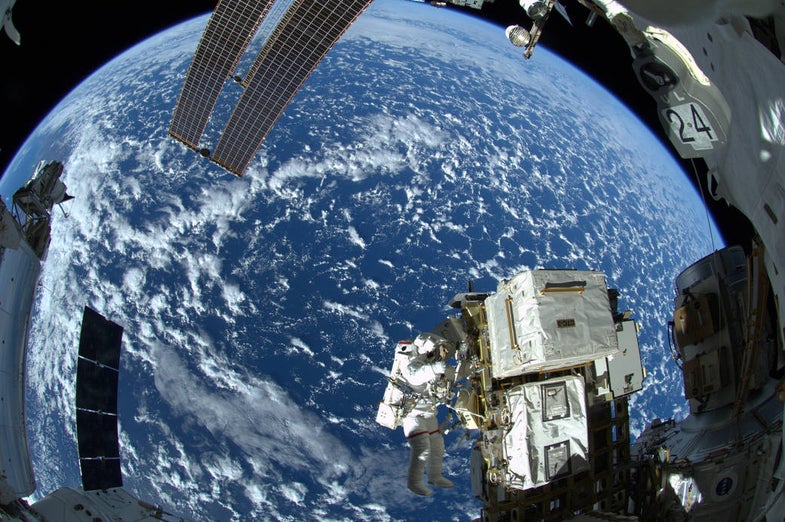 Tomorrow, two American astronauts will boldly go where several people have gone before. In the early hours of September 1 astronauts Jeff Williams and Kate Rubins will embark on America’s 195th spacewalk, venturing outside of the ISS to make some basic repairs, including retracting a part of the station’s cooling system, a task that has been on the to-do list of spacewalker’s for a while now. The two will also install a new high-definition space station camera on the outside of the ISS.

The camera will add to a growing collection of cameras mounted on the ISS. The ISS HD Earth Viewing experiment broadcasts live views of Earth from the ISS, while ultra-high definition cameras capture stunning views that are eventually edited to make videos like these.

Other cameras on the outside of the space station, like the ones that will be installed on this spacewalk, are used to watch crew members while on the outside of the ISS, monitor docking of vessels with the ISS. So the new camera installation should give us a better view of the extravehicular activities of astronauts and spacecraft alike. Occasionally, they capture some of the glories of Earth.

And of course, there are the cameras used by the astronauts themselves to document their lives in space.

You can watch the spacewalk on NASA TV tomorrow morning. Coverage will start at 6:30 am, but the spacewalk itself isn’t expected to start until 8:05 am eastern time.

For a more complete and technical description of what astronauts Williams and Rubins will be doing while on the spacewalk, check out this animation below.