A New Dawn for Solar Energy 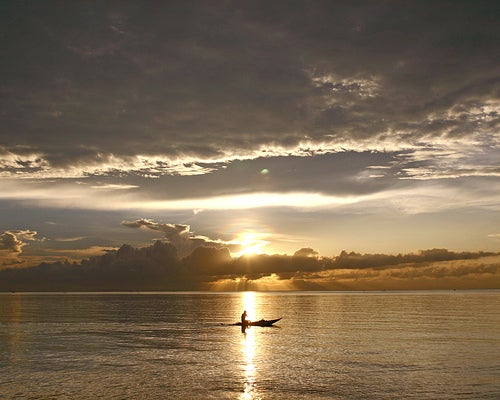 It doesn’t take a stellar imagination to figure out the main downside of solar power. For years, the question of how to store the energy generated when the sun is shining for use at night has prevented solar power from becoming a viable alternative energy source. However, a new breakthrough may have overcome that storage problem, opening the door for solar energy on a grand scale.

Drawing on the principles of photosynthesis, the team at the Massachusetts Institute of Technology designed a system that uses solar power to break water into hydrogen and oxygen, which can be stored for later use as fuel. The process, detailed in the July 31st issue of the journal Science, hinges on the addition of new catalysts. The new technique takes advantage of a cobalt catalyst’s ability to create oxygen gas when combined with water and an electric current. The solar panels provide the electric current, and the energy from that current is stored in the form of the hydrogen and oxygen, rather than in a capacitor.

Storing the solar energy as disassociated hydrogen and oxygen is far easier and cheaper than storing the solar power as electrical energy in a capacity. With the difficulty and expense of energy storage forming a major hurdle in the way of providing affordable solar power, this new technique may be the first step towards fulfilling significant energy demands with solar power. And considering the high price and limited available of fossils fuels, along with the fact that 174 thousand trillion watts of sunlight hit the Earth every day, a breakthrough in solar energy couldn’t come at a better time. Of course, cars still cant’ use the hydrogen fuel generated by this process, but at least it’s a step in the right direction.